Fun Time: LOOKING PREGNANT MAY SAVE YOU MONEY ON AIRLINE FEES 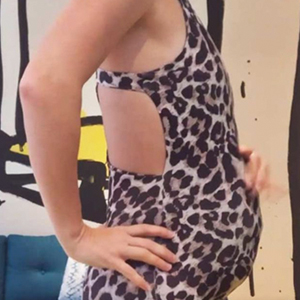 If you’re a frequent airline traveler, you probably know that most airlines charge an extra fee for checked baggage. They also limit you to one carry-on bag and a personal item such as a handbag.

Many passengers find themselves in a quandary: they want to avoid paying the baggage fees, but don’t want to restrict themselves to just a few belongings. For some travelers, the solution is to stuff as much as they can into their carry-on bag, even if they have to find an elephant to sit on it to compress its contents.

But this solution doesn’t work for everybody, partly because elephants aren’t as common as they once were.

Another solution is to wear as many layers of clothing as possible, even if you end up looking like an elephant yourself. If you can wear all the clothes you plan to take on your trip, you can create a lot of space in your carry-on bag for the rest of your belongings. You might even be able to take your rice cooker on vacation with you.

This solution may sound good in theory, but it doesn’t work that well in practice. Wearing two pairs of trousers might be easy, but getting into the third pair will probably be hard. You might need a bigger size.

Another problem, of course, is adjusting to your new girth. You may struggle to fit into the airline seat. Other passengers might give you some unsolicited diet tips.

The biggest problem is that the extra clothing might make your body a little too warm. That’s what happened to James McElvar, a 19-year-old singer for the Scottish band Rewind. Flying from London to Glasgow recently, he decided to save some money by wearing six t-shirts, four sweaters, three pairs of jeans, two pairs of sweat pants, a pair of jackets and two hats.

“It was impossible to walk, I could barely get on the plane,” McElvar told the Daily Mail.

He planned to take the extra clothing off during the flight, but before he could do that, his body temperature soared and he passed out from heat exhaustion.

Lucky for him, an off-duty paramedic helped revive him, and he was eventually taken by ambulance to a hospital. But he did manage to save 45 pounds in airline fees!

It might have been wiser for McElvar to stuff all that clothing over his stomach and act like he had a beer belly. That works better, of course, if you’re an older man. It also works better if you’re a woman who’s willing to look pregnant to save a little money.

During a recent flight in Australia, a travel journalist named Rebecca Andrews was caught doing that. She had created a pregnancy bump out of clothes and a laptop charger.

It wasn’t the first time Andrews has pretended to be pregnant to save airline fees. “I think a woman has the right to do whatever she wants with her body, including faking a pregnancy made out of laptop wires,” she told CNN.

But what about all the women who are really pregnant and have to endure suspicious eyes from airline staff? Is it fair to them?

No, but at least the airline isn’t charging them an extra fee.

Airline clerk: “May I ask if you’re pregnant?”

Clerk: “Do you have a ticket for the baby?”

Passenger: “He’s not born yet.”

Clerk: “If he’s flying with us, he needs to have a ticket. That’s our new policy.”

Passenger: “New policy? Well, in that case, I’m not really pregnant. This is just extra clothing I’m hiding under my shirt.”