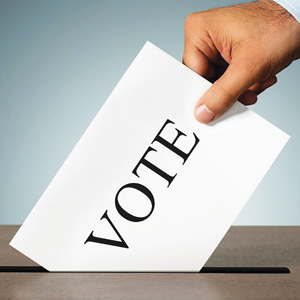 Ajiben Chandravadia, an elderly woman who cast her vote in the Gujarat elections, is believed to be the oldest voter in the world. According to a voter ID card that was issued to her in 2007, she was born on Jan. 1, 1891, which makes her 126 years old.

If Chandravadia had authentic documentation from the time of her birth, she would probably be recognized as the oldest woman in the world, but that honor goes to a 117-year-old Japanese woman. Regardless, she deserves to be celebrated—not for her age, but for her commitment to democracy. She has apparently voted in every election since Independence. If only we could get more people to emulate her, I’d feel a lot better about democracy and all the numbskulls we elect. (No, not all politicians are numbskulls. Many of them are wise individuals who have the misfortune of sitting in legislative assemblies and discussing bills with numbskulls.)

In India’s last general election in 2014, the voter turnout was 66 percent, the highest ever in the history of Indian general elections. It was a little higher than the 58 percent turnout in America’s general election in 2016. But that means that out of every five eligible voters in India and America, two of them managed to skip the polls. What’s their excuse? I’m sure there are a large variety of excuses cited by people, but here are some of the most common ones:

– “I didn’t have a ride.” This is not a good excuse for most people; they can usually find a ride to the voting booth if they try hard enough. Perhaps the government needs to allow more people to vote by mail and vote online. Mobile voting booths that come to your house might work, too, for all the people who suffer from laziness.

– “I didn’t like any of the candidates.” This is a common excuse, especially for people who haven’t really bothered to learn about the candidates. If you can’t vote for a candidate you love, then please vote for the one you hate the least. You can also do a write-in vote for someone you love. Just make sure it’s someone who’s still alive, not Elvis or Michael Jackson.

Perhaps we need to give people a little incentive to vote. When people donate blood, they are often given a drink and snack afterward. This may not seem like much, but when I made my first donation as a schoolboy, I was delighted to exchange my blood for Coke.

We could also make voting compulsory. About 30 countries have laws that require citizens to vote, and a dozen of these countries, including Australia, Brazil, and Singapore, actually enforce these laws. In Brazil, if you don’t vote, you may not be able to get a passport; in Singapore, you may lose your right to vote in future elections; and in Bolivia, you may not be able to withdraw your salary from the bank for three months. Imagine how long the lines at the voting booths would be if we displayed signs that said, “Every voter gets to withdraw the salary of a nonvoter.”

But forcing people to vote may undercut the freedoms we enjoy in a democracy. Besides, do we really want EVERYONE to vote? What about that crazy guy on the street corner, the one who keeps muttering that the world is about to end—do we want him to vote? Perhaps not.