Fun Time: Push Your Kids, but Not Too Hard 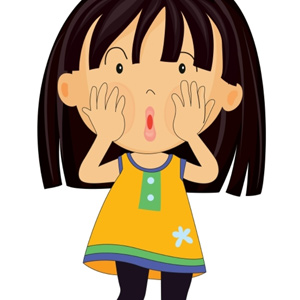 My 10-year-old daughter, Divya, is afraid of earthworms. On rainy mornings, she hates walking down the road to catch the school bus. She has to walk just 100 meters or so, but along the way she’s likely to pass several of the slimy wriggling creatures, all competing in a reality show called “Who wants to be flattened by a car?”

Divya tiptoes her way down the road like a tightrope artist, taking each step as cautiously as possible, afraid that a misstep might cause her to fall within 10 feet of an earthworm. The horror on her face when she sees an earthworm is almost as great as the horror on my face when I see her report card.

Yeah, that’s what Snoop Dogg’s parents thought when they caught him smoking weed. Now he’s 42 and hooked for life.

But seriously, it’s up to parents to make sure children’s fears and insecurities don’t get in the way of their activities and overall development. Sometimes a little nudge is needed. That’s what I had to do on a recent Sunday afternoon when I asked my daughters to go on a bike ride with me, partly so our dog could get some exercise and fresh air. (Fresh air is often in short supply in our house, partly because we have a dog.)

I had to force both my daughters to go on the ride, virtually gluing their butts to the bicycle seats. But once they had zipped down a couple of streets, they seemed to enjoy the ride, while getting some much-needed exercise.

Children need to be pushed often, but knowing when to push and how much is a skill that not all parents possess, certainly not the father in Florida who was recently caught on camera kicking his 6-year-old son down a skateboard ramp. The boy was afraid to go down the ramp and his father decided to provide a little impetus with his foot. It’s too bad a police officer wasn’t on the scene. I would have loved to see him kicking the father all the way to jail. I don’t condone police brutality, but I might make an exception in this case.

Pushing a child down a skateboard ramp or off a diving board isn’t quite the same as pushing a child to go on a bike ride, take music lessons, or participate in a school play. My wife and I have pushed our children to participate in several activities that they wouldn’t have voluntarily chosen. Divya, in particular, seems to need a lot of pushing; otherwise she’s prone to spend hours on the couch, doing her favorite kind of pushing: the remote control with her fingers.

Divya and her siblings needed a push from us to try out for a talent show at their school—and all three were chosen to perform in the show. I’m sure we’ll be doing a little more pushing on the evening of the talent show: pushing them to wear the right clothes, pushing them to brush their hair the right way, and pushing them away from the refreshments table at the show.