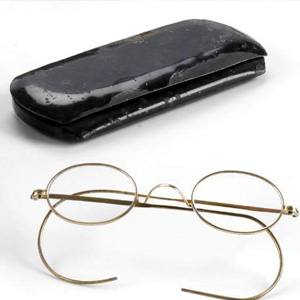 If someone had tried to steal Mahatma Gandhi’s spectacles, would he have hit the culprit with his walking stick? Probably not, considering his forgiving nature, but what if his glasses had been stolen five times? Well, his patience might have worn quite thin. That’s exactly how officials in San Francisco must be feeling, having to replace Gandhi’s glasses five times.

As reported in the San Francisco Chronicle, the Gandhi statue behind the Ferry Building in San Francisco had its glasses stolen recently for the fifth time since it was erected in 1988.

So often have they gone missing that passers-by are used to seeing Gandhi without them.

“I notice more when they’re there,” real estate developer Simon Snellgrove, 64, told the Chronicle. “Everyone says, ‘Yes! They’re back!’ But they never stay for long.”

The glasses aren’t the only target for vandals—they’ve also broken off Gandhi’s walking stick twice.

The city Arts Commission planned to give Gandhi a new pair of glasses and new stick last month—at a cost of $5,000!