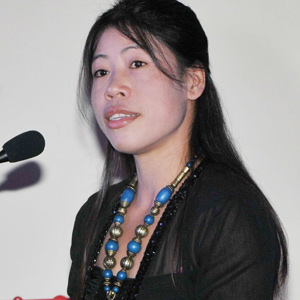 “This medal is very special to me, just like all other medals I have won, because it has its own story of struggles,” she told PTI. “Every medal I have won is a story of a difficult struggle. I am hoping this medal, which has come after I became an MP, will enhance my reputation even further.”

Kom was appointed last year as a member of the Rajya Sabha, the upper house of India’s parliament. “I have been juggling so many roles,” she said. “I am a mother, too; I have three sons to take care of. I don’t even know how I manage to pull it off sometimes.”