Good Sports: ANOTHER SILVER FOR SINDHU 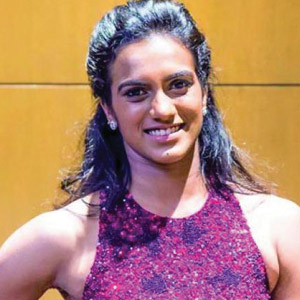 A silver medal in a world championship is nothing to sneeze at, but it’s a testament to P. V. Sindhu’s prowess in badminton that her fans were disappointed that she didn’t bring home gold at the recent 2018 BWF World Championships in Nanjing, China.

It was the second consecutive year that Sindhu, an Olympic silver medalist, had lost in the final, this time to Spain’s Carolina Marín, the reigning Olympic champion and a three-time world champion.

“It brings me immense amount of pleasure to bring back the silver consecutively second year in the BWF world championships,” Sindhu wrote on Instagram. “I didn’t lose the gold, I won the silver, and I can proudly say my silver sparkles.”

Seeded third in the tournament, Sindhu had to win four matches to get to the final, including victories over two formidable Japanese players: 2017 world champion Nozomi Okuhara and former world No. 1 Akane Yamaguchi.

“It was indeed a wonderful week in Nanjing,” she wrote. “In spite of losing in the finals, I had some great matches. I have been really happy about my consistent performance over the rankings. I believe that patience and persistence make unbeatable combination for success, hence have complete faith that my gold shall come soon!”