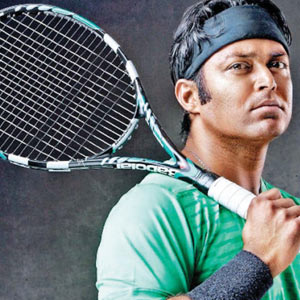 Leander Paes, 46, recently announced on social media that he will retire from professional tennis this year after a long and distinguished career.

Paes has won 18 Grand Slam doubles titles, eight in men’s doubles and 10 in mixed doubles. He has achieved a career Grand Slam in both events, and also won a bronze medal in singles at the 1996 Atlanta Olympic Games. A former Davis Cup team captain, he has won a record 43 Davis Cup doubles matches.

“2020 is going to be an emotional one, and I look forward to seeing you all out there roaring with me,” he told his fans on social media. “It’s been an honor being your lion heart.”