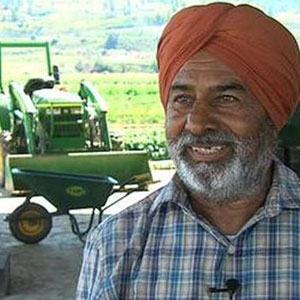 Avtar Hothi, a Sikh farmer in Kamloops, British Columbia, didn’t have to think twice about removing his turban to save a drowning girl. Summoned to the frantic scene by neighbors, he took off his turban, threw one end into the North Thompson River, and pulled her ashore. The religious symbol that never comes off, except at home, was transformed into a rescue rope and saved her.

“I’m very proud of him,” Hothi’s son, Paul, who was with his 65-year-old father during the rescue, told CBC News. “We were trying to look around for branches, and he just sprung to action.”

Neighbor Nicole Mulcahy, recounting the incident to InfoNews.ca, praised Hothi for his quick thinking. “I said to him ‘That’s really using your head, Avtar,’” she quipped.