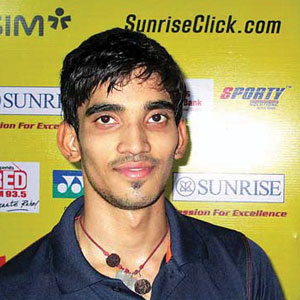 It’s not an uncommon sight to see a group of Indian-Americans hitting shuttles in a gymnasium, expending more energy than many tennis players. Unfortunately badminton is barely considered a sport in America, relegated to the same backyard status as croquet and Wiffle ball.

In Asia, however, it holds its own against tennis, with almost all the top-ranked players in the world hailing from the continent. India can now boast four Top 25 players, two each in men’s singles and two in women’s.

Kidambi Srikanth recently climbed five spots to No. 13 in the world, with compatriot Parupalli Kashyap not far back at No. 21. On the women’s side, Saina Nehwal—once the No. 2 player in the world—is ranked No. 8, while P.V. Sindhu is No. 10.  No Indians are ranked in the Top 25 in doubles.

Meanwhile, in tennis, no Indians are ranked in the Top 100 in singles, but Leander Paes, Rohan Bopanna, and Sania Mirza are all Top 20 players in doubles. Go figure.