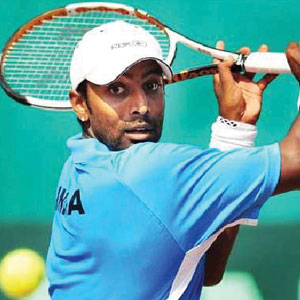 U.S.-born Prakash Amritraj, son of former Wimbledon quarterfinalist Vijay Amritraj, has played for India in the Davis Cup about 10 times, but not since 2008, when the Indian sports ministry decided that only Indian passport holders could represent the country. India faces South Korea in the Davis Cup this month, and with several Indian players pulling out due to a conflict, the All India Tennis Association (AITA) hoped to select 29-year-old Prakash again. The association enlisted his famous father to lobby the sport ministry to soften its stance against non-Indian passport holders, but to no avail.

“It is terribly unfair to someone’s career,” Vijay told IndianSports.in. “I don’t know the thinking behind it. I don’t think there is anyone more patriotic. It is not Prakash’s choice that he was born in LA—his idiot father had to move over there for whatever reason.”