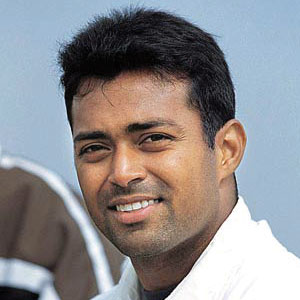 An article on IBN Live asks the question “Is Leander Paes India’s Greatest Sportsperson?” It seems laughable at first, that a doubles tennis player could be considered the country’s greatest sportsperson, especially with Sachin Tendulkar, Viswanathan Anand and even Saina Nehwal seeming to have surmounted higher rungs in their respective sports. But Paes, 39, who teamed up with Radek Stepanek to reach the final of last month’s U.S. Open, has won enough Grand Slam titles (13 and counting), not to mention a bronze medal in singles at the 1996 Atlanta Olympics, to earn a seat at the table, beside the likes of Tendulkar, Anand and Nehwal. Whether he’s at the head of the table is debatable, but considering the popularity of tennis and his longevity as a top doubles player, it’s certainly not risible. Just don’t ask Mahesh Bhupathi (himself with 12 Grand Slam titles) what he thinks.