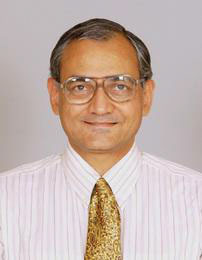 Manchester United soccer star Robin van Persie is known to his fans as RVP. Indian IT consultant Ravi Visvesvaraya Sharada Prasad is known to his fans as @RVP. Actually, Prasad did not have many fans until recently—when thousands of people discovered his Twitter handle @RVP and assumed he was the Dutch soccer player (who goes by the Twitter handle @Persie_ Official). They were eager to congratulate van Persie for scoring a hat trick to lead Man U to its record 20th English league title. Prasad, 52, was inundated with Twitter messages and followers. That’s when he showed his sense of humor and gained some fans of his own.

“I wasted half my life studying engineering when I should have been working on my dribbling & shooting & impressing Fergie & Wenger,” he wrote in a Tweet that was re-tweeted more than 450 times.