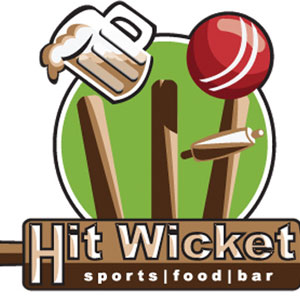 If you’re a cricket fan and happen to be visiting the Boston suburb of Cambridge, a stop at Hit Wicket is a must. The sports bar, which opened in June, bills itself as the “first of its kind in the U.S. to have the sport of cricket as a central theme in a restaurant and bar.” Patrons can watch live cricket matches (and other sports), look at displays of cricket memorabilia and merchandise, learn about cricket history and rules, and try out cricket gear.

So far, the sports bar is busy only during cricket matches, but co-owner Shubha Ramesh Kumar, who opened the restaurant with her friend Nada Heredia and two family investors, remains optimistic. “We hope that once the word spreads that the food is good, people will come in all the time,” she told the Globe. “But right now, it is centered mostly around big [cricket] games.”

That cricket can consistently fill up a restaurant in an American city is remarkable in itself.