COVID-19  In-depth info for Indians in Atlanta/Georgia. Click here
Home > Magazine > ChaiTime > IF YOU WANT TO SEE CHIVALRY, GO TO THE HOSPITAL

IF YOU WANT TO SEE CHIVALRY, GO TO THE HOSPITAL 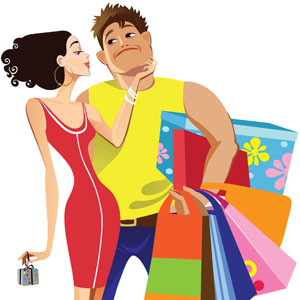 IF YOU WANT TO SEE CHIVALRY, GO TO THE HOSPITAL

Some people believe that chivalry is dead, but I don't think that's true. Chivalry isn't dead – it's just on life support. Doctors are trying their best to revive it. But do we really want them to?

That's a question women need to answer. Men are ready to open doors for you and give up seats on buses and trains for you. We'll do almost anything for you, except carry your handbags while you shop. Even the most chivalrous man has to draw the line somewhere, especially with so many video cameras around. No one wants to be featured in a viral video titled “Lost at the mall: this guy’s manhood.”

Granted, not all men are eager to jump to your assistance. Some of us are ill-mannered buffoons. You know the type: the only door they’ll open for you is the door to the kitchen. And when you’re done cooking an elaborate meal, they’ll wait for you to serve them, saying, “Opening that door really tired me out.”

But most of us do want to be considered gentlemen. In fact, there was a time that we went out of our way to be courteous to women. My memory isn’t perfect, but I do recall a moment in 2001 that I opened a door for a young lady. Or did I just dream it? No, I’m pretty certain it really happened. I parked the car, ran around to the other side and opened the door for my lovely wife. She looked at me with a puzzled expression and said, “What did you do this time?”

“Well, you must have done something wrong and are trying to make up for it.”

“I didn’t do anything wrong. I’m just trying to be a gentleman.”

“A gentleman? Let me guess: you’ve been watching Oprah again.”

Yes, women can sometimes be a little suspicious when you try to be nice to them. But that’s not the main reason chivalry is on life support. What has really hurt it is the Women’s Liberation Movement. Women want to be treated as equals – and before I get myself in hot water, I should state that I fully support equality of the sexes, especially if it means that my wife gets to climb out of bed and investigate any suspicious sounds in our house at night, while I hide under the blankets.

Women’s Lib has opened many doors for women, including doors to the boardrooms of major companies. “I can do anything you can,” the liberated woman says to the man in her life. “You don’t need to treat me like the weaker sex.”

“Okay, fine,” the man responds. “I’ll just sit on the sofa and watch some cricket.”

“Please do that,” the woman says. “But before you go, can you open this bottle of mango pickle for me? It seems to be stuck.”

But both sexes are equally capable of certain tasks, he realizes, so he stops opening doors for women, stops giving up his seat in buses. And then one day, an old woman on the bus gives him a glare and says, “Whatever happened to chivalry?”

“I’m asking the same thing,” he replies. “I was on this bus yesterday and not one woman stood up to let me sit.”