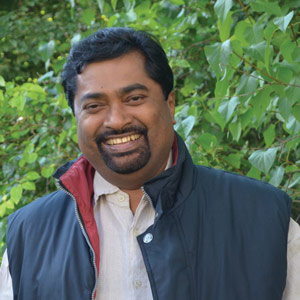 In almost every religion, there are people who either perform miracles or interpret various events as miracles. It’s created plenty of work for rationalists like Sanal Edamaruku, who strives to bust these miracles or cast doubt on them.

Edamaruku, president of the Indian Rationalist Association, did just that in 2008 when he challenged a Hindu fakir to kill him with tantric chanting, as the fakir claimed he could. The chanting had no effect on Edamaruku, aside from causing him to chortle.

But Edamaruku got into trouble in 2012 when he showed that a miracle attracting thousands of Catholics to a statue of Jesus Christ in Mumbai—water dripping from the toe of the statue—was caused by an overflowing drain nearby. Edamaruku was threatened with violence and blasphemy cases in the courts, prompting him to take refuge in Finland during a European tour. He has remained there since, afraid of prosecution if he returns to India.