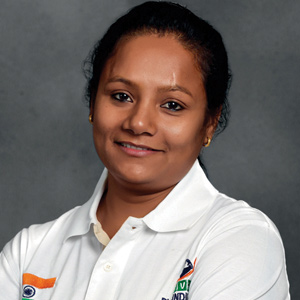 Arunima Sinha lost a leg in a train accident but didn’t lose the drive to succeed. She has climbed several of the world’s highest mountains, including Mount Everest and Mount Kilimanjaro, and recently climbed Monte Rosa, the highest peak in the Swiss Alps, hoisting the Indian tricolor on Independence Day.

Sinha was a national-level volleyball player in 2011 when she was pushed out of a train by three men attempting to rob her. She fell on the tracks and her left leg was crushed below the knee by another train.

After receiving a prosthetic leg, she took up mountain-climbing and in 2013, with help from legendary mountaineer Bachendri Pal, became the first female amputee to climb Mount Everest.

Hoping to climb the highest mountains on all seven continents, she will focus next on South America’s Aconcagua, the highest point in the Western and Southern Hemispheres. “Thereafter, I plan to unfurl the Indian flag on the North and South Poles,” she told Times of India.