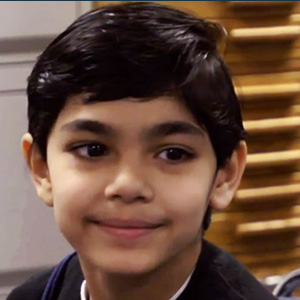 Historians may one day recall that it was in July 2012, when he was just 9 years old, that Tanishq Abraham began articulating his platform for his future White House run. “I’ll make the United States more healthy for us and more efficient,” Tanshiq told Digital Journal, revealing his aspiration to become a scientist or U.S. president.

It’s not unusual, of course, for 9-year-olds to say that they’d like to be president one day, but how many of them are already in college? Tanishq was admitted to American River College in Sacramento, Calif., when he was just 7, the youngest student to ever join the college. He had learned to count to 100 when he was just 2 years old, and a couple of years later, was inducted into Mensa, the organization for people with high IQs.

His parents, Bijou Abraham, a software engineer, and Dr. Taji Abraham, a doctor of veterinary medicine, insist that they haven’t been pushing him.

“People think we want all these things, but it’s his passion. This is what he loves,” his mother said.

He’s definitely a genius, but let’s hope he’s also been blessed with lots of patience. He’s going to have to wait 26 more years to officially declare his candidacy for the White House.