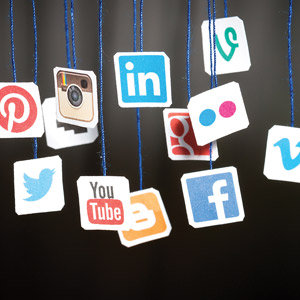 Blogs may not seem as popular as they once were, yet they continue to have a huge impact on people, according to Muhammad Nihal Hussain, a fifth-year doctoral student in information science at University of Arkansas at Little Rock and a core researcher at COSMOS (Collaboratorium for Social Media and Online Behavioral Studies).

COSMOS, a research group led by Dr. Nitin Agarwal, chair of the Information Science Department, has been tracking and analyzing blogs using a program Agarwal developed in 2009 called Blogtrackers.

Through Blogtrackers, COSMOS has been actively working on research studies supported by grants from the U.S. Office of Naval Research in the fight against cyber propaganda campaigns. The researchers have tracked how anti-NATO groups reacted to information released during NATO’s exercises. Agarwal and Hussain have also trained NATO personnel to use Blogtrackers to analyze how false information and fake news stories are spread through social media.

“There are not many universities who are analyzing blogs,” Hussain said. “Most just analyze Twitter, but they are missing out on a great social media platform. Almost all fake news is posted on blogs first and then linked to on Twitter. You cannot influence a person in 280 characters, but you can influence people through blog posts.”

Hussain may be right, but if you ever hear that President Trump has given up tweeting for blogging, it’s probably fake news.