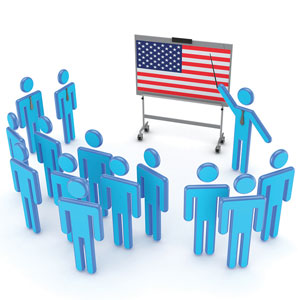 The U.S. Congress is debating an immigration reform bill that would not only offer a path to citizenship for millions of undocumented immigrants, it would also allow more people to immigrate based on their skills rather than their family relationships. To give everyone a better understanding of the bipartisan bill, well-known immigration attorney Kyle Ganguly agreed to take questions during a chat session at HelloGreenCard.com. Here is an edited transcript:

Question: I work at a flower shop, cutting stems of roses and other flowers. I heard that the new immigration bill will offer green cards to workers in stem fields. It sounds too good to be true. Is it?—Maria, Los Angeles.

Answer: The immigration bill does make it easier for STEM workers to get green cards, but STEM stands for science, technology, engineering, and mathematics. Do you count the stems after you cut them? If so, you may qualify under ‘mathematics.’ Do you have an advanced stem degree? If not, I’d advise you to acquire one right away. You may do so at our affiliated website HelloPhD. com. For a limited time, all degrees are half-price.

Q: I have been illegal since 1992, when I came from Guatemala. My friend says the immigration bill will allow me to become a citizen in 13 years. So I want to ask you this: why did they pick an unlucky number like 13? Why not 12 or 11? I am afraid that after 13 years, they will say, “April Fool! This is just a joke. Now go back to where you came from.”—Manuel, Chicago.

A: I wish I could tell you why they picked the number 13. Maybe the Democrats wanted 6 and the Republicans wanted 20, so they compromised at 13. But if you don’t like the number 13, do you want them to postpone the immigration bill until 2014? I didn’t think so.

Q: I am in America for last 8 years. I am hear that to become citizen I needing to pass English test and Civic test. Can I take Civic test on any Honda Civic or do I needing my own?—Hideo, New York City.

A: It is actually a Civics test, not a Civic test. That means you need to take the test on two different Honda Civics. One should be automatic, the other manual or stick shift. The government wants to make sure that all immigrants can drive safely in Japanese cars.

Q: I heard that the new immigration bill allows illegal immigrants to get “registered provisional” status if they have a job and haven’t committed a felony. I once dated a woman named Felony. Could that be held against me?—Robert, Salt Lake City.

A: As long as you weren’t committed to Felony, you probably have nothing to worry about. But just in case, I would advise you to begin dating a woman named Angel, Innocent, or Purity.

Q: The immigration bill says that, as an undocumented immigrant, if I become a “registered provisional,” I cannot get any “means-tested public benefits.” What does “means-tested” mean? Are they just trying to be mean to us?—Haroon, Atlanta.

A: Here’s what it means: if you don’t have the means to support yourself, the legislators don’t mean for the government to give you even a mean amount of help. By no means should you take this to mean that the government is being mean.

Q: I came to America in 2002 on a student visa, but dropped out of college and have been working on a farm. Then, in good faith, I married an American citizen to get a green card, but after we were married, I found out that she wasn’t American—she was Armenian. She was marrying me to get a green card (I had told her I was African-American, which was only half-true). We are both illegal now. Will the immigration bill help us? —Goodwell, Nebraska.

A: Yes, you may be able to qualify for “provisional status” under a relatively unknown section of the immigration bill entitled “Amnesty for Agricultural workers from Africa married to Armenians.” It is in Section 4 on Page 565 of the 844-page bill, part of an article titled “Stuff to Make This Bill Look Big and Impressive.”