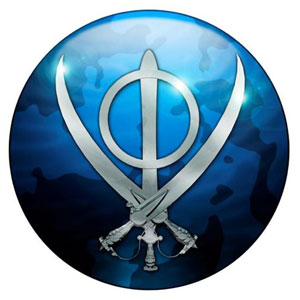 “I accept this award on behalf of all Sikh stay-at-home dads,” Atwal said in his acceptance speech. “This one’s for you, guys. All those years of diaper-changing and bottle-feeding have not been in vain.”

Announcing nominees in the “Outstanding Sikh Veterinarian” category, presenter Piers Morgan caused laughter in the banquet hall when he said, “The nominees are Singh, Singh and Singh.”

Even more laughter ensued when six people stood up to take a bow. As it turned out, three of them had been nominated in a similar-sounding category: “Outstanding Sikh Vegetarian.”

While Parminder Kaur Gill of London’s All-Veg Buffet was thrilled to win the latter award, running on stage and hugging Morgan, the most excited awardee of the evening was Lakhwinder Singh Dhillon of Melbourne, Australia, who received the “Outstanding Sikh Taxi Driver” award.

Dancing on stage with his award, Dhillon was so overjoyed that he offered to drive the entire audience home. “This means so much to me,” he said. “It has always been a dream of mine to win a World Sikh Award. I never thought it would be possible, because there are so many deserving Sikh taxi drivers in the world.”

Dhillon was selected for the award largely because of his honesty – he returned 10,000 Australian dollars to a group of people he had dropped off at a casino. “It was easy to return it, because the money didn’t belong to me,” he said. “But I have to admit that when I found the money in my taxi, my first thought was, ‘Ah, here’s my chance to finally win a World Sikh Award.’”

Dhillon’s enthusiasm was almost matched by Gurvir Singh, who received the award for “Outstanding Sikh Bouncer.” Formerly known as Gary Smith, Singh converted to Sikhism partly because he wanted to win a World Sikh Award. “It’s nice to be in a community that recognizes its own,” Singh said. “I also get free food on Sundays at the gurudwara.”

Inspired by the World Sikh Awards, a businessman in Riyadh, Saudi Arabia, announced that in September 2015 he will organize the inaugural World Muslim Awards. Within minutes of that announcement, a businessman in Israel announced that in October 2015 he will organize the World Jewish Awards. “It will be bigger than the World Muslim Awards,” said Yitzhak Rubinstein. “That’s why we are having it a month later, so we can see how big theirs is first.”

The World Hindu Awards were scheduled to take place in June 2014, but disagreements within the organizing committee about eligibility criteria have caused the award show to be broken up into several separate events, including the World Brahmin Awards, World Vaishya Awards and World Dalit Awards.