COVID-19  In-depth info for Indians in Atlanta/Georgia. Click here
Home > Magazine > ChaiTime > THE BAG OF CASH THAT DROPPED FROM A CAR

THE BAG OF CASH THAT DROPPED FROM A CAR 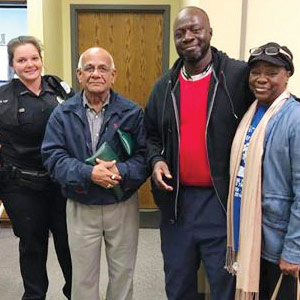 It’s not uncommon for drivers to put something on top of their cars, forget about it, and drive away. Usually it’s something unimportant, such as a cup of coffee, but in Gautambhai Patel’s case, it was $25,000.

A convenience store owner in Rincon, Georgia, Patel was recently transferring money from his store when he pulled over to the side of the road to take a phone call. He apparently placed a bag containing about $25,000 on top of his car and drove off without putting it back in his car.

When he returned home, he realized that the money was missing and called the Rincon Police Department. A few hours later, the police called Patel with some good news: an African-American couple named Jeff and Mechelle Green had found the bag of cash and turned it in to the police. Not a single dollar was missing.

“The family is a good family,” Patel told ABC News. “They have a good culture.”

Robert Lipovsky, public information officer with the police department, said that the Greens have a reputation for being generous. “We are a fairly close-knit community,” he said. “And we are trying to look after each other.”