THE DOUBLE STANDARD OF AGE DIFFERENCES 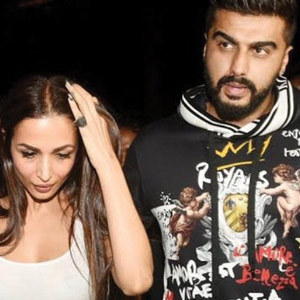 “The age difference doesn’t really pop up when you are in a relationship,” Arora told HT Brunch. “It is about two minds and hearts connecting. Unfortunately, we live in a society that refuses to progress with time. An older man romancing a younger girl is hailed everywhere, but when the woman is older, she’s called ‘desperate’ and a ‘buddhi.’”

A big age difference can be challenging, but as Arora states, an undeniable double standard persists. Men can date or marry much younger women without anyone taking issue, but the moment a woman is spotted with a much younger man, people start raising their eyebrows.

Donald Trump, for example, is 24 years older than his third wife, Melania, and no one seems to care. French President Emmanuel Macron, on the other hand, is 24 years younger than his wife, Brigitte. They got married in 2007, when he was 29 and she was 54. Their age difference has received a lot of attention, with detractors wondering how they could possibly make such a marriage work. This double standard hasn’t escaped Macron.