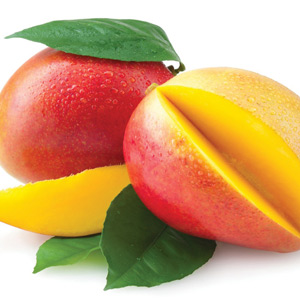 Australia recently revised its trade protocols to allow Indian mangoes to enter the country, but not during the prime mango-growing season in Australia. They don’t want Indian mangoes to compete directly with Australian mangoes. That’s quite understandable, because we all know who would win.

Australian mango-growers are nevertheless worried about the competition, as well they should be. “Theoretically there’s space in the market, but the problem is we are already competing with stone fruits and new fruit coming into the market at that time,” Jill Wilson, secretary of the Southern Mango Growers Group, told Australian Broadcasting Corporation. “So that was our biggest battle, but now we’re going to have to battle with other mangoes.”

In this era of fake news, it’s good to see her using the word “battle,” because that’s exactly what this is: the Mango Battle of Australia. In fact, mango battles of varying intensity are being waged in countries across the globe, all part of the Great Mango War.

Unfortunately, India is not exactly winning this war. Indeed, a recent article in The Economic Times carried a rather scary headline: “Pakistan Beating India Hard in the Mango Trade Game.”

According to the article, India produces about 10 times as many mangoes as Pakistan does, yet India exported only 36,000 mangoes in fiscal year 2015-16, compared to 127,000 mangoes for Pakistan. If this were a cricket match, it would be a rout.

If you’re wondering why it’s such a big deal, you probably don’t realize that mangoes are part of the Indian identity.


[Comments? Contributions? We would love to hear from you about Chai Time. If you have contributions, please email us at melvin@melvindurai.com. We welcome jokes, quotes, online clips, and more.]