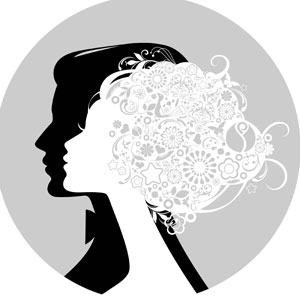 When my wife told me that reality TV star Kim Kardashian and her husband, National Basketball Association player Kris Humphries, were getting a divorce after 72 days of marriage, I was pretty impressed. “Wow, their marriage lasted two-and-a-half months!”

Dr. Phil: “Kim, you say you have some major differences with Kris. What seems to be the biggest difference between you?”

Dr. Phil: “No, I mean the type of differences that are causing problems in your marriage.”

Kim: “I’d say ratings. He didn’t do much for the ratings of my reality shows.”

Dr. Phil: “You’re thinking of divorcing your husband because he didn’t improve the ratings of your TV shows? Forgive me for being blunt, but are you NUTS?”

Dr. Phil: “Hey, come back here. You can’t leave so soon. What about MY ratings?”

Dr. Phil: “Oh, thank goodness. Tell me, Kris, when you and Kim tied the knot in that glitzy $10 million TV wedding in August, were you hoping your marriage would last forever?”

Kris: “Well, I was hoping it would last at least until Christmas.”

Dr. Phil: “But it has already lasted longer than most celebrity marriages. You’ve had a number of anniversaries. How did you celebrate them?”

Dr. Phil: “How romantic! What about your other anniversaries?”

Kris: “Well, we started taking each other for granted after that. I forgot all about our four-week anniversary and she made me watch 10 episodes of Kim and Kourtney Take New York. We had a big fight on our five-week anniversary because she wanted the cameras to follow us around and I shut the door when I peed. The six-week anniversary was great because E! network had a special about it and my friends kept asking, ‘What’s the secret? How did you make it last so long?’ And I had to tell them about the ‘C’ word.”

Kris: “No, cash. The reality show producers were paying us to stay together. We couldn’t let the marriage end too soon. Besides, when you have cameras following you around, you have to try to make things work. Otherwise you’d look really stupid.”

Dr. Phil: “That’s true. Whatever happens now, you definitely won’t look stupid. Tell me, Kris, what do you think it was that attracted Kim to you?”

Kris: “Well, she likes athletes and I’m … uh … always around them. She also liked my name. It’s the same as her mother’s and it begins with ‘K.’ She told me that she’d like to have a reality show called ‘Kim and Kris: One Kardashian, Two Kaucasians.” But that was before she realized that ‘Caucasian’ doesn’t begin with a ‘K.’”

Dr. Phil: “What advice do you have for other celebrities?”

Kris: “My only advice is this: If you have to marry a Kardashian, marry one who doesn’t have a reality show.”