The Raj and Sanjay Show 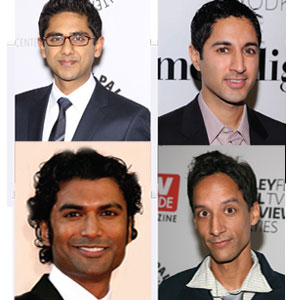 It’s great to see so many Indian-American characters in movies and TV shows, only a few of them stereotypical. But how many of these characters are named Raj? That’s a question that Lakshmi Gandhi tried to answer in a recent post on the South Asian blog The Aerogram. She looked at the roles some of the top South Asian American actors have played and found that all of them, except Aziz Ansari, have played a character named Raj at least once. Adhir Kalyan has been Raj twice and Sendhil Ramamurthy has been Raj four times! He has been Raj in episodes of CSI: Miami and Psych, and in the movies It’s a Wonderful AfterLife (2010) and The Lifeguard (2013).

As for another common name, Gandhi found that about half the actors have been a Sanjay at least once, with Danny Pudi doing it twice and Maulik Pancholy thrice.

Raj may be an overused character name, but as an Aerogram commenter points out, “Raj is just as overused in Bollywood as it is in U.S. representations of Indian-Americans.”