TOO BORED TO STAY IN PRISON 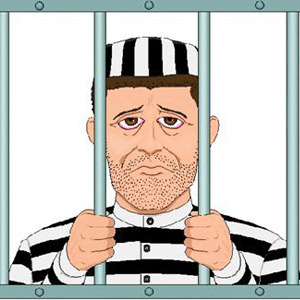 Prison escapes are not uncommon around the world. At least a handful of prisoners break out of their cells each week. But few of them turn themselves in within a day. That’s what Pankaj Pahade, a convicted murderer in Madhya Pradesh, did.

According to a Times of India report, the 22-year-old recently climbed over a wall to escape from Narsingpur jail, which houses prisoners serving life sentences. He traveled to Chhindwara jail, near his home village of Turki Khapa, and surrendered to jail authorities. He expressed his desire to serve his sentence there, not in Narsingpur, which is 130 kilometers away.

“He claimed that he was getting bored at Narsingpur jail as no one from his family came to visit him,” Chhindwara jail superintendent Phool Singh Paraste told TOI.

Pahade isn’t the first prisoner to complain about boredom. It’s tough to pass time when you’re stuck behind bars all day. That’s why, at some prisons around the world, prisoners are granted access to a large library and allowed to play games and watch TV. It’s almost like a vacation, except the bill goes to taxpayers.