TRAVELING 300 MILES FOR A SINGLE VOTER 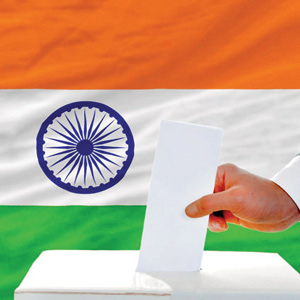 With almost 900 million eligible voters, India’s general election is a gargantuan undertaking. Voters can be found in every corner of the country, some in locations that are challenging for election officials to reach. Election rules require the placement of enough polling booths around the country so that no voter has to travel more than 1.24 miles to exercise their right to vote.

Washington Post correspondent Niha Masih recently witnessed just how burdensome this requirement can be. She accompanied a team of six election workers from Hawai, Arunachal Pradesh, as they traveled 300 miles in four days to set up a polling booth in Malogam, a remote village in a forested and mountainous area near the border of China. Their goal: to get a single vote from Malogam’s only eligible voter.

“There is both excitement and nervousness,” Rupak Tamang, one of the team members, told Masih. “If the one voter turns up, there will be 100 percent voting, but if she doesn’t, then it will be zero percent.”

They set up the booth in a tin shed and opened it at 7 a.m. Sokela Tayang, a farmer, showed up at 8:30 a.m. to vote. She thanked the election team for making the trip. The voting process took about two minutes, but the election workers couldn’t begin their long journey back to Hawai right away, even though there were no other eligible voters in Malogam.

They had to follow another rule: Polling booths are required to remain open until the official close of voting at 5 p.m.