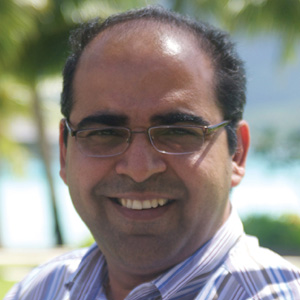 Rajiv Malhotra has been named General Manager of Four Seasons Hotel Atlanta in the Midtown area, the only Forbes Travel Guide FiveStar, AAA Five-Diamond hotel in the city. Malhotra, a 24-year industry veteran, has worked in management positions around the world, the past 12 years with Four Seasons Hotels and Resorts, from Santa Barbara to the Bahamas and Las Vegas. He moves to Atlanta from Bora Bora in French Polynesia, where he most recently served as General Manager. He also worked in India at The Oberoi Grand in Calcutta and at The Oberoi in New Delhi for over 10 years.

Malhotra earned his Masters of Management in Hospitality from Cornell University, a diploma in Hotel Management from the Oberoi School of Hotel Management in New Delhi, Bachelor of Science from Calcutta University, and Diplôme de la Langue from Alliance Française in Calcutta. Born in Lucknow and raised in Calcutta, he speaks seven languages, English, French, Bangladeshi, Hindi, Bengali, Punjabi, and Urdu. Rajiv, a father of two sons, now resides in Atlanta with his wife Susmeeta.