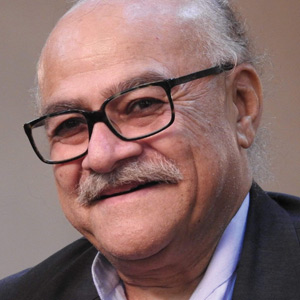 On January 14, 2020, at the opening event for the 2020 King Holiday Observance at the King Center in Atlanta, the Dream Forward Community Service Awards were presented in the following categories: Faith-Based Leadership, Environmental Responsibility, Elected Officials, Media, International Affairs, and Social Justice. Subash Razdan, Chairman of The Gandhi Foundation USA, was selected to receive the award for International Affairs. Razdan is an IIT–Delhi engineering graduate with an MBA from Georgia State University. A recipient of numerous awards, he dedicated this award to the Gandhi Foundation, King Center, National Park Service, Indian Embassy/Consulate, and the diverse community team and partnership.

His speech:
I am dedicating this to the Gandhi Foundation , King Center, National Park Service, Indian Embassy/Consulate and the diverse community team and partnership.

I am particularly Grateful to the friendship of the King Family and leadership, starting with the late Mrs. Coretta Scott King, Dr. Christine King Farris, Isaac Farris, Dr. Bernice King, from as early as the mid ’80s and going strong !

I ask the audience to name one place in the world (outside of India) where you have a full life-sized Gandhi Statue and a Gandhi Room in close proximity. I thank the King family for making that a reality!

I would like to recognize the members of the Gandhi Foundation present and thank them for their support.

Naturally, I am humbled for this great honor, to be recognized at the launching of the week long celebrations of Dr. King’s birth anniversary.

Awards/Recognitions:
Subash Razdan, a naturalized US Citizen, was born in Ahmedabad, Gujarat, who hails from Kashmir, India. Renowned internationally, Subash is a well sought after keynote/guest speaker, a prolific writer, a frequently invited guest at the TV, radio and print media. Subash, who has been cited in U.S. Congressional records, is very active in advocacy of pro Indian-American issues and fostering good Indo-US ties.
In India, Subash has received the highest award of India, the 2013 Pravasi Samman Award, for Non-Resident Indians for Public Service to humanity and for making India proud. Subash also has been nominated (and wait-listed) for Padma Bhusan Award of India in 2011.
Subash Razdan was elected as the General Secretary as a student leader at the Indian Institute of Technology (IIT) Delhi in 1972.
In the USA, Subash has been recognized with February 22 as “Subash Razdan Day” in the City of Sandy Springs, Georgia, USA. Subash is a 2003 recipient of the prestigious Ellis Island Medal of Honor during a ceremony at Ellis Island, N.Y. The Ellis Island Medals of Honor pay tribute to the ancestry groups that comprise America’s unique cultural mosaic. Past medalists include six U.S. Presidents as well as Nobel Prize winners and leaders of industry, education, the arts, sports and government.
Subash has received numerous other awards/recognitions. He is listed among "The 500 Most Influential Asian Americans" nationally in America in the special tribute issues (1996-97 and 1997-98) of the monthly magazine AVENUE, published in New York, USA. Subash featured in the special issue (October 2007) of Atlanta Magazine, “World Class-Fifty-Five of the most influential foreign-born Atlantans” who has profound influence on Atlanta and the world. Subash is listed among "Who’s Who in Asian American Communities 2006" inaugural honorees. Subash is also listed among "25 Most Influential Asian Americans in Georgia” in the inaugural Georgia Asian Times (May 2006 issue) select list of honorees.

Accomplishments:
Subash has served as Advisor/Director of various Boards of Corporations/Organizations including the Georgia (State) Chamber of Commerce (GCC) and the International Partnership Committee (IPC) of Metro Atlanta Chamber of Commerce along with the International Consular Corp in Georgia. He has served as an Advisor to the Coca Cola Co.; Chairman of the Cobb County Economic/Employment Commission; Governor of Georgia’s Census Count Committee et al.

As the President of the Asian American Chamber of Commerce (AACC), Subash was the visionary and the architect to draft the India-Georgia Friendship Resolution of 2008 which was passed in the Georgia Senate as Resolution 1248 by Senators Hill of the 32nd and Pearson of the 51st District. The Resolution offers a new paradigm for sustaining relationship between the State of Georgia and the Republic of India.

Subash is the Chairman and Co-Founder of The Gandhi Foundation of USA with a mandate to promote Gandhi-King philosophy of Peace and Non-violence. He has co-inspired the launch of and now flourishing The Gandhi-King Center at The Gandhigram Rural University (GRU), Dindigul, Tamil Nadu, India.

In a diplomatic assignment, Subash served as the Attaché for the Government of India for the 1996 Olympics in Atlanta. He is the only Indian American to march at the opening ceremony of the history of Olympics as part of the Indian Olympic contingent.

Subash, as the national President of the National Federation of Indian American Associations (NFIA), spearheaded and pioneered the installation of the Mahatma Gandhi Statue in Atlanta since 1991-98, the first of its kind in the U.S. National Park at the MLK Historic District in Atlanta.

Subash accompanied President Bill Clinton for his maiden and historic official visit during March 19-25, 2000 to India. He has been an invitee to the Inaugural ceremonies for President Clinton in Washington, DC, 1993, 1997, and as a Guest to the White House events.

Subash Razdan owned/operated a local ethnic bi-lingual TV show Asia Pacific Broadcasting Network (APBN) under the banner of Namaste Bombay for over a couple of decades.

As an Adjunct Professor, Subash has taught Decision-Management Sciences/Operations Research/Quantitative Methods to BBA and MBA students of the School of Business at Georgia State University, Atlanta, USA.