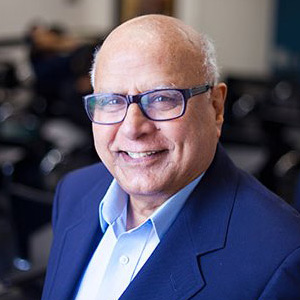 As you know, His Holiness the Dalai Lama, Salman Rushdie, Dr. Jagdish Sheth, Dr. Venkat Narayan, and countless scholars of India call Emory their home, and the Department of Middle Eastern and South Asian Studies has numerous humanities courses focused on South Asia, not to mention the India Summit, films, guest lecturers, etc.

Now Emory also has “the first funded professorship for Telugu literature and culture anywhere in the world, outside the Andhra Pradesh and Telangana states of India where Telugu is spoken," explains Narayana Rao, who has served since 2010 as Visiting Distinguished Professor of South Asian Studies and now holds the newly established Visweswara Rao and Sita Koppaka Professorship in Telugu Culture, Literature, and History.

More than 80 million people speak Telugu—the second-most frequent of India's 22 national languages—and there is a thousand years of Telugu literature, religious traditions, and history to study. 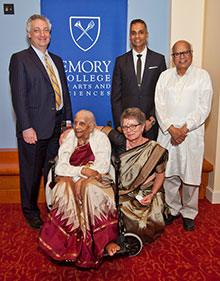 Around 2007, representatives of the Telugu Association of Metro Atlanta approached Dr. Joyce Burkhalter Flueckiger, professor of religion, to ask if Emory would be interested in a Telugu position if the community raised the funds. Fundraising was slowed by the 2008 recession, but the Koppaka Family Foundation pledged half ($750,000) of the full endowment, since the promotion of Telugu literature and arts had been a longtime dream of their father Dr. Visweswara Rao Koppaka. The Foundation has since committed to the rest of the endowment. Efforts are now underway to raise supporting funds for graduate fellowships, lectures, performances and conferences.