A QUIZ FOR JULY 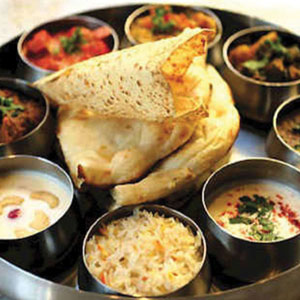 A QUIZ FOR JULY

1. Of the top 10 ethnic cuisines Americans order at restaurants, Chinese food (at 76 percent) remains the most popular, according to the industry tracker Technomic. Indian food, accounting for 19 percent of the orders, makes it to the top 10, but what is its rank?
(A) 9th (B) 6th (C) 3rd (D) 5th

3. Next month marks the 68th anniversary of India’s independence from Britain. Which contemporary nation in South Asia didn’t belong to the British Indian colonial empire?
(A) Pakistan (B) Burma (C) Bhutan (D) Bangladesh

4. The samosa is well liked in India, as are variations of it in other parts of the world. But the samosa’s origins, contrary to popular belief, lie outside the subcontinent. Also known as sanbusak (or samsa), it came to India from which region?
(A) South Africa (B) East Asia (C) Middle East (D) Central Asia

5. When Iknoor Singh, a student at Hofstra University in New York, won a court case recently, he joined only three other Sikhs (since the ’80s) to serve in the U.S. Army without
(A) shaving his beard (B) cutting his hair (C) removing his turban (D) all three

6. The bigger Indian cities—including Kolkata, Delhi, Bengaluru—have metro rail systems, and more are being built in other cities. Which Indian city had its metro rail inauguration in June?
(A) Chandigarh (B) Jaipur (C) Kochi (D) Pune

7. Pulitzer prize-winning author Jhumpa Lahiri’s latest book came out this year in a language she’s been learning for two decades. In which language did she write her essay collection, which will be published as In Other Words once it’s translated into English?
(A) Bengali (B) French (C) Italian (D) Spanish

8. The demand for Indian spices is booming, with exports reaching close to $2.5 billion in 2014-15, according to a report from the Spices Board. That was a 9 percent increase in volume from the previous fiscal year. Which spice gets exported the most from India?
(A) Cardamom (B) Chili (C) Pepper (D) Coriander

9. Earlier, Prof. Jayant Baliga of North Carolina State University received the National Medal of Technology and Innovation, and the IEEE Medal of Honor for his work in energy efficiency. Which nation is now honoring him with its highest technology award?
(A) India (B) France (C) China (D) Russia

10. Award-winning Bollywood actress Gitanjali Thapa is from India’s least populated state. Name this state, which has only 0.05 percent of the nation’s population, according to the 2011 census.
(A) Mizoram (B) Arunachal Pradesh (C) Sikkim (D) Nagaland

Who knew, even the blonde bombshell Marilyn Monroe was doing yoga—in 1960! Actually yoga in America goes back to the days of Swami Vivekananda. But it was only in the ’60s and ’70s that yoga really picked up here. An early proponent who often gets overlooked, among the flurry of male gurus, was a woman named Indra Devi. “Indra Who?” one might well ask. She was Monroe’s yoga teacher, and her other celeb students from Hollywood included Greta Garbo, Olivia de Haviland, and Gloria Swanson.

First, though, the pioneering Indra Devi was an actress and dancer in Indian films. Thanks to a new biography from Knopf (The Goddess Pose by Michelle Goldberg), Devi’s unusual story has resurfaced after a long gap, leading to a renewed interest in her legacy. Born in 1899 to Russian and Swedish parents, Devi was named Eugenie Peterson. Before she came under the spell of Jiddu Krishnamurti and the Theosophical Society, Devi had managed to reach India with the help of a wealthy suitor. After a stint in films, she embraced yoga and became known as Mataji.

It was a heart condition that led her to the practice of yoga, following a meeting with the guru Krishnamacharya. Cured, she became an enthusiastic ambassador of yoga for decades, writing several books. Devi spent the last two decades of her life in Argentina, and died in 2002 at the age of 102.

Are there any filmgoers who haven’t seen enough of Amitabh Bachchan? Well, if there are fans hankering for more, they’re in luck. Get ready for a new animated TV series starring Superman…I mean, Big B. Same thing, some would say, because Amitabh B. (also, Animated B. or Astra B.) plays a superhero in the 52-episode series called Astra Force. It’s a joint production of Graphic India and Disney Channel India—but no doubt, viewers outside India will be able to access it, too.

Two eight-year-olds stumble upon the slumbering Astra, an extraterrestrial hero who got stranded on the earth millions of years ago, following an epic battle. The twins become Astra’s present-day guides, even saving him from earthly temptations like scrumptious desserts, for which the superhero apparently has a weakness. Then the children join forces with him to ward off more catastrophic threats to the earth from other planets.

This may seem very different from what the real AB did on the silver screen in his heyday. If we think about it, however, even back then he was a hero battling villains. Instead of animations, in those analog days, we had illustrations to publicize the Angry Young Man’s masala films. The drawings appeared in gorgeous (and sometimes gaudy) posters on billboards across India, enticing the masses to movie theaters.

Those distinctive Bollywood posters have become an attraction—again—and are being sold to collectors online and in auction houses, sometimes for large sums of money. Buyers are not only from the West but also from countries like Russia, China, and Japan.

B FOR BATON, C FOR CONDUCTOR

What do Sameer Patel, Vinay Parameswaran, and Ankush Kumar Bahl have in common? They’re in a profession that’s far from medicine, IT, law. In fact, you’d hardly expect to find a South Asian in their profession. All three are assistant conductors at notable symphony orchestras, where their batons conjure up the sounds of symphonies, not ragas. 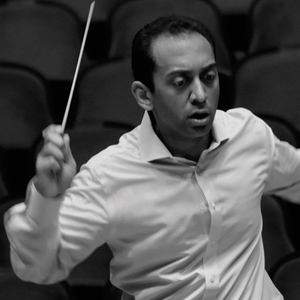 Patel, picked by the San Diego Symphony from a pool of 165 applicants, had to conduct before a live audience before he got the job, which involves sharing music duties with director Jahja Ling. 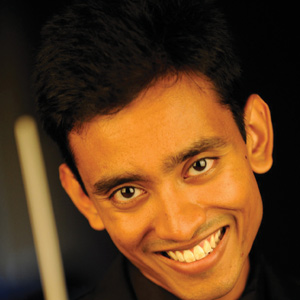 Parameswaran, a 2013 graduate of the highly regarded Curtis Institute of Music, was snapped up by the Nashville Symphony, which is led by director Giancarlo Guerrero. 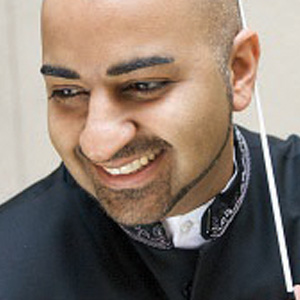 Meanwhile, Bahl is in his fourth season at the National Symphony Orchestra in Washington, D.C., where he appeared in over 70 performances in the earlier seasons. This orchestra, based at the prestigious Kennedy Center, is led by director Christoph Eschenbach.

Singapore-born George Mathew is another conductor of Indian origin. After abandoning biology when he came to the U.S., Mathew became a musician with a mission. As the founding director of Music for Life International and Ubuntu-Shruti Orchestra, he has performed widely for humanitarian causes.

All this is quite a change from the days when only one Indian name came to mind when we thought of Western classical music: conductor Zubin Mehta.

HOW THE U.S. VIEWS OTHER NATIONS 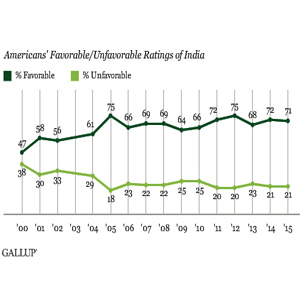 Americans view their neighbors to the north most favorably, going by Gallup’s World Affairs survey this year. No surprises. And it’s understandable why, after Canada (92 percent), Britain—with which the U.S. is so politically and culturally aligned—gets the highest rating (90 percent). But then there’s India, the world’s largest democracy, which also gets a very favorable rating. At 71 percent, India has the sixth highest rating among the 22 nations polled. Apart from Canada and the U.K., only France (82 percent), Germany (81 percent), and Japan (80 percent) have a higher favorability rating among Americans. Israel, at 70 percent, ranks just below India. China (new rival) gets a mixed rating, and Russia (old rival) gets a very unfavorable rating. America’s geopolitical policies and goals play a big role in how it sees the rest of the world, as Gallup points out.

For India’s favorability rating, the Modi government’s relations with the Obama administration was a determining factor, as is the growing Indian economy. India makes sense as a strategic partner. It is the world’s largest democracy and, according to the I.M.F., its economy will grow by 7.5 percent in 2015, overtaking China’s growth of 6.38 percent. So will India, perhaps 15 years down the road, become the world’s third largest economy, behind only China and the U.S.? Only time will tell.