All Those Records on Mt. Everest 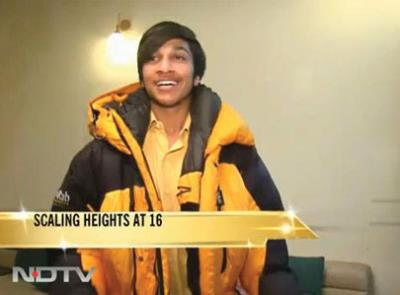 Just hours before 13-year-old Jordan Romero, a U.S. citizen, became the youngest person ever to reach the top of Mount Everest, the world’s highest mountain, 16-year-old Arjun Vajpai became the youngest Indian to achieve that feat. This historic success for the teens occurred on May 22, 2010. An Indian woman named Mamata Sodha got to the top of Mount Everest on the same day, along with Amanda Ramsden, who became the first South African woman to successfully ascend this mountain.

Vajpai, a 12th grader from the Delhi metro area, was accompanied by his father and three Sherpa guides on his climb from South Col in Nepal, which is more popular than the harder route from North Col in China.

Also in May, 47-year-old Apa Sherpa climbed Mount Everest for the 20th time, setting a new world record. His first successful ascent was twenty years ago. Dubbed Super Sherpa, he led the Eco Everest Expedition 2010, which included Vajpai. As the name suggests, Sherpa and his teammates climbed the mountain in an environmentally sensitive manner. They brought back not just their garbage, but picked up trash along this heavily trekked route. Moreover, they adopted alternative energy solutions, using SteriPENs for water purification and parabolic solar cookers for cooking.

All this doesn’t come cheap. Suppose you want to sign up with Eco Everest and take a crack at the world’s most formidable mountain. How much will they charge? A cool $30,300 per person. There is a lot of demand, all the same, and it isn’t easy to win a slot. Their next expedition is scheduled to depart from Kathmandu, Nepal, on April 6, 2011.