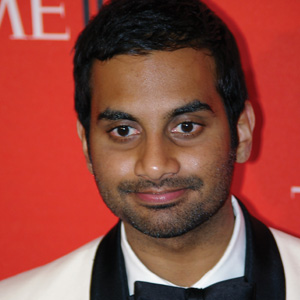 Aziz Ansari is best known for his role in Parks and Recreation, an NBC show—although he’s also gaining wider recognition as a stand-up comedian. But his brand of R-rated comedy, often depicting his haplessness around women, is not everybody’s cup of tea. No wonder he wasn’t chosen for the Make Chai Not War tour sponsored by the U.S. Department of State.

When he’s out and about, people sometimes recognize him and offer their compliments. “Cool, man,” Ansari once said. “Glad you like the show.” Unfortunately, because he was listening to his iPod, Ansari realized he’d misheard the person, who’d actually said, “Hey, man, your fly’s down.” This is just a mild example of Ansari’s material, which is usually graphic, as seen in his 2010 debut CD/DVD titled Intimate Moments for a Sensual Evening.

Now Ansari, with 772,000 Twitter followers, has intensified his digital presence. His last routine (Dangerously Delicious) is unexpurgated and can be downloaded or streamed—with no bleeps, of course. His film credits include Funny People and I Love You, Man. Dubbed a “cult figure” by The New Yorker, Ansari, who hosted the 2010 MTV Movie Awards, is coming out with a new show called Buried Alive. Born and raised in South Carolina by Indian immigrants, Ansari landed in stand-up comedy after following a conventional path—not unlike other South Asian performers. But maybe that NYU marketing degree does comes in handy, now that he’s often a freelance entertainer.