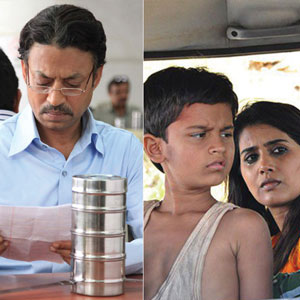 Was it a missed opportunity when India overlooked The Lunchbox and picked The Good Road as its Oscar entry in the Best Foreign Language Film category for 2014?

Many think so, arguing that The Lunchbox is a better—and more “accessible”—film. But The Good Road, which won India’s National Award, has supporters who say it’s a more “authentic” Indian movie. While it’s far from certain that either film can make it to the short list, let alone win the award—a record 76 titles were submitted in this category—what seems predictable is the controversy surrounding the selection process. And it’s not just in India. There was a dust-up in China and Japan, too, over their choice of entries. India’s Oscar entry for 2013, Barfi, also drew criticism—but that was because it seemed to have several plagiarized scenes.

The Good Road, India’s 46th Oscar submission, is Gyan Correa’s debut film. It’s in Gujarati, while The Lunchbox—Ritesh Batra’s debut film—is in Hindi. Tamil, Bengali, Telugu, Marathi, and Malayalam movies have also been submitted in the past.

Mehboob Khan’s Mother India was the mother of all Indian entries, so to speak. This first submission in 1957 was nominated, but it missed winning the Oscar by just one vote. India didn’t come that close again, though two other films—Mira Nair’s Salaam Bombay (1988) and Amir Khan’s Lagaan (2001)—were also nominated for the Academy Award.

Kamal Hasan appeared in seven of the submitted films. Satyajit Ray, whose films were entered three times, won an Honorary Oscar for Lifetime Achievement in 1992, shortly before he died.