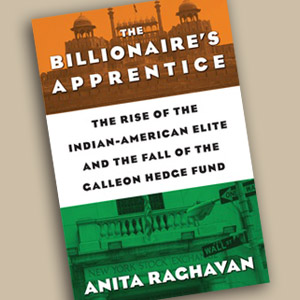 The Billionaire’s Apprentice: The Rise of the Indian-American Elite and the Fall of the Galleon Hedge Fund (Business Plus) by Anita Raghavan. Corporate maven Rajat Gupta’s downfall has been well documented in news reports, but veteran correspondent Raghavan sets out to tell Gupta’s whole story in her book, using the saga of “twice-born” Indian immigrants and their often equally high-achieving offspring as her framework. The first blessing, according to historian Vijay Prashad, came in the wake of Indian independence, when opportunities for higher education opened up because of leaders like Nehru. The second blessing came with the civil rights era, almost two decades later, when America became much more welcoming, allowing these ambitious Indians to migrate in large numbers. Gupta was a star even among the Indian- American elite. “The heights he had attained would only serve to make the events that followed all the more unfathomable,” Raghavan notes. Her cast for the story includes not just the high-finance players who lost their way in a morass of greed and graft, but prosecutors like Preet Bharara and Sanjay Wadhwa, who, along with other “Sheriffs of Wall Street,” brought down the Galleon Hedge Fund and its circle of cheats and criminals. 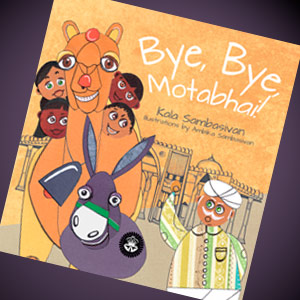 Bye, Bye, Motabhai! (Yali Books) by Kala Sambasivan, illustrations by Ambika Sambasivan. Written for younger children, this book is the first in a planned series that takes readers through six historically rich cities of the Indian subcontinent. The story centering on an overburdened camel in Ahmedabad and its adventures in the company of a donkey is also an easy-to-follow lesson on the sights and culture of India. The camel’s overbearing owner is a vegetable seller named Motabhai and as the title makes clear, the master has overstayed his welcome, forcing the camel to get rid of him.