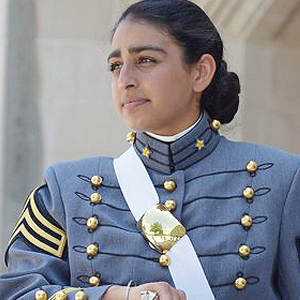 Anmol Narang, who grew up in Roswell, Georgia, made history when she became the first observant Sikh to graduate from the United States Military Academy at West Point. The 23-year-old second lieutenant was inspired by her grandfather, who had served in the Indian Army, and by a visit she made to the Pearl Harbor National Memorial as a high schooler. The 2020 class had about 1100 cadets, including 230 women. 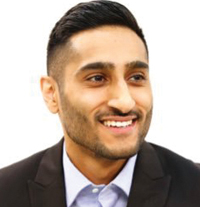 Shams Charania, the son of Pakistani immigrants who moved to the U.S. in the early ’80s, has been described by Forbes as “one of the highest-profile NBA journalists and established news breakers in the country.” Still in his mid-20s, the Chicago native and Loyola University graduate is the Senior NBA Insider for The Athletic and an NBA analyst for Stadium. From 2015 to 2018, he was the national NBA Insider for Yahoo Sports. 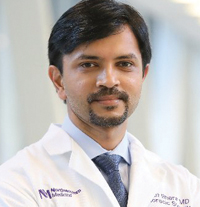 Ankit Bharat, a leading thoracic surgeon at Northwestern Medicine in Chicago, performed a double lung transplant (believed to be the first of its kind for Covid-19 patients) on an unnamed woman in her 20s. A precondition might have made her more vulnerable, and she still has a long road to recovery. Before continuing his studies in the U.S., Dr. Bharat got his medical degree from Christian Medical College in Vellore, India. 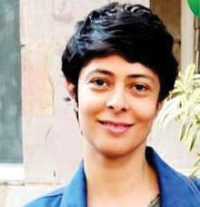 Kavya Madappa is an Indian-based ecowarrior. But she’s also an entrepreneur—one of many—who promotes conservation and tackles climate change, even as she runs a successful business. Her company in Coorg, where she also owns a spa resort, is called Bluecat Paper. Skipping wood pulp, her company uses corn husk, linen rags, banana and flax fiber, etc., to make quality tree-free paper that’s being sold in India and abroad. 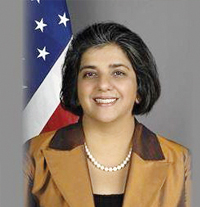 ​Geeta Pasi, who has already served as the U.S. envoy in two African nations, will be heading to that continent again. She will become the next ambassador to Ethiopia. During the Obama presidency, she was the U.S. ambassador to Djibouti (first term) and Chad (second term). Besides English and Hindi, the multilingual envoy, who has served as a political officer in India, speaks German, French, Russian, and Romanian. 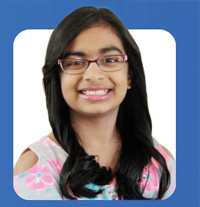 Ashrita Gandhari is the only girl among the four Indian-American kids featured in Spelling the Dream, now streaming on Netflix. She and the other three contestants—Akash Vukoti, Shourav Dasari, and Tejas Muthusamy—took part in the 2017 National Spelling Bee. There’s no contest this year because of Covid-19, but this 82-minute film, which includes comments by Dr. Sanjay Gupta and Fareed Zakaria, could be a substitute. 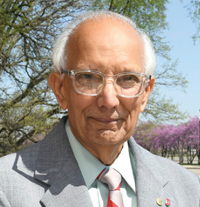 ​Rattan Lal, a scientist known for his work on the restoration of soil health in Asia, Africa, and Latin America, won the 2020 World Food Prize. Worth $250,000, the award recognizes his efforts to improve the yield and nutritional value of agricultural products, while trying to mitigate the effects of climate change. Lal is the founding director of the Carbon Management Sequestration Center at Ohio State University. 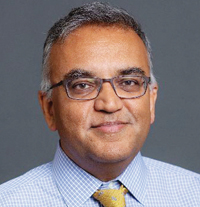 Dr. Ashish Jha, who makes frequent media appearances, is K.T. Li Professor of Global Heath at Harvard, and Director, Harvard Global Health Institute. Also a practicing general internist, his research focuses on improving the quality and cost effectiveness of healthcare systems. His work shows the impact of policies on healthcare and the value of statistical data research. He has published over 200 papers in prestigious journals.

IMPACT OF IMMIGRANT VOTERS ON 2020 ELECTION 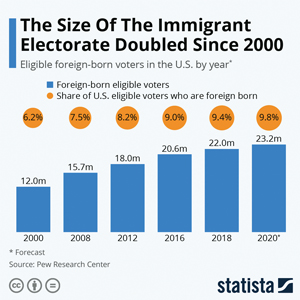 This momentous year—we’re still at the midpoint!—is for the history books. First, it was Covid-19 that dominated the news, and then the economy tanked. Even as we were grappling with this changed reality, the Black Lives Matter movement grabbed the headlines, and we’re seeing a renewed struggle for racial justice. But apart from the pandemic and protest over policing,
not to mention the pain of a recession, another P taking center stage in 2020 is politics. While it’s too early to make predictions about the November election, some trends are noticeable. One of the biggest involves immigrants. Over 23 million naturalized citizens, forming about 10 percent of the U.S. electorate, are eligible to vote this year, according to the Pew Research Center. That’s a 93 percent increase over the last twenty years; the native-born electorate grew by 18 percent.

The Asian American electorate more than doubled in two decades; the black and white electorates grew by 33 percent and 7 percent, respectively. In 2018, roughly half of Indian-Americans identified as Democrats, with only 18 percent supporting Republicans. Among Asian Americans, that’s the highest support for Democrats. It could be even more lopsided now.

In 2016, while 62 percent of the U.S.-born electorate cast their ballot, the number dropped to 54 percent for foreign-born voters. But there’s a twist. Among Asian Americans in 2016, the share of immigrant voters (52 percent) was larger than native-born voters (46 percent).

WHEN THE GREEKS CAME TO INDIA 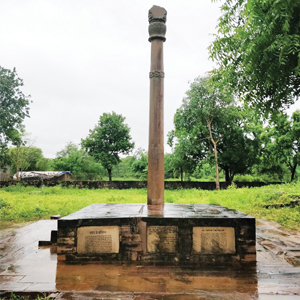 Close to eight centuries—that’s how long the Indo-Greek connection lasted. We hardly hear about it and the details remain vague, because the links—starting with Alexander’s crossing of the Indus in 326 BCE—occurred in antiquity, long before other Europeans or the Mughals arrived in India. But the impact wasn’t negligible. The confluence of these two civilizations gave us Gandhara art and sculpture, and it’s been noted that Indian philosophy (especially Buddhism) made an impression on the Greeks, just as Greek philosophy found a receptive audience in India. This syncretic tradition is best understood now through the study of Indo-Greek bilingual coins issued by the Greek kings—such as Demetrius and his descendants—who ruled in South Asia. Some of them converted to Buddhism, following in the footsteps of emperor Asoka.

Sanchi Stupa, the Buddhist complex commissioned by Asoka, was designated a UNESCO World Heritage Site in 1989. It’s about 30 miles from Bhopal. And six miles from there, in a place called Vidisha, you’ll see the only surviving structure from the Indo-Greek era. Called the Pillar of Heliodorus, this sandstone column from the second century BCE (circa 110 BCE) was named after the Greek ambassador who built it. About 25 feet tall, it stands in an open field and is, amazingly enough, unprotected. The inscription at the bottom, naming Heliodorus, is in the Brahmi script. How has this ancient pillar, discovered in 1887, withstood the ravages of time—and how come there hasn’t been much concern about its survival? The answer is simple. The pillar has long been revered by the locals, who call it Khambh Baba. 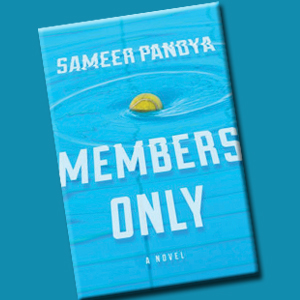 Members Only (Houghton Mifflin
Harcourt) – by Sameer Pandya. Raj Bhatt, the hapless anthropology professor in this debut novel, becomes a victim of the culture wars when his life in sunny California is upended in one tumultuous week. Booklist, in a starred review, calls it “the thoughtful page-turner we need right now.” Bhatt’s Caucasian wife feels more comfortable than he does in their white milieu, but he has adjusted and enjoys the perks of affluent suburbia, including the club where he plays tennis. As the only nonwhite board member, he’s excited when an African American couple apply for club membership. But then, having reflexively relied on humor to cope as an outsider, he makes a risqué joke, which backfires spectacularly when he’s accused of racism. As if that weren’t enough, he loses his job when some students accuse him of anti-Western bias. Where do you belong when neither side in the culture wars understands you? Pandya, who teaches at UC-Santa Barbara, also wrote The Blind Writer, a story collection. 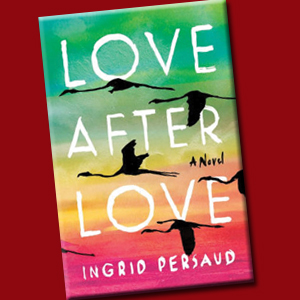 Love After Love (One World) – by Ingrid Persaud. V.S. Naipaul is gone, but newer Caribbean writers continue to tell engaging stories of the Indian diaspora in their inimitable vernacular prose. The latest one is Persaud, whose debut novel set in Trinidad has won starred reviews. After Betty’s abusive husband dies, she invites her colleague Chetan to move in with her and Solo, Betty’s son. But this unlikely family arrangement ends when Solo overhears Betty making a confession to Chetan. A shocked Solo takes off to New York, where he ekes out a living as an undocumented migrant. Chetan, the link between mother and son, has a secret as well, giving us “an engrossing and unsparing exploration of love in various forms, love in all its passion, its beauty, and its brutality,” notes Neil Bissoondath (also a writer, and Naipaul’s nephew). Persaud, who won the 2018 BBC National Short Story Award and the 2017 Commonwealth Short Story Prize, is a former lawyer who attended the London School of Economics. 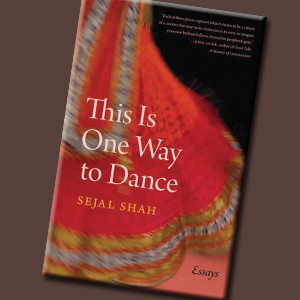 This Is One Way to Dance: Essays (University of Georgia Press) – by Sejal Shah. The journey this memoir traces would be familiar to Indian-Americans, but the author’s sensibility makes it distinctive. Novelist Kiran Desai calls it “one of the most nuanced, wise, and tender portraits of immigration I have ever read.” Shah, the daughter of Gujarati parents who immigrated from India and Kenya, grew up in Rochester, New York, where she still lives and teaches. It’s not uncommon for immigrants to fear the erasure of their existing identity, even as they reshape it and seek acceptance. Shah explores this tension between assimilation and assertion, sometimes using dance as a metaphor. The book has a picture of her at age four, posing as an Indian dancer in the yard, with her grandmother watching from the house. It nicely captures Shah’s hyphenated identity. “I wrote about what it feels like to lose a language you grow up with and to be able to express this loss only in another language,” she says. 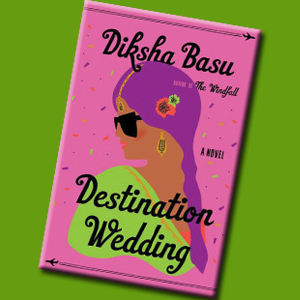 Destination Wedding (Ballantine)
– by Diksha Basu. While Basu’s father, an economist, analyzes matters of the state, she’s a novelist who explores matters of the heart. This breezy novel, a good pick for summer reading, follows her debut, The Windfall, and the setting again is Delhi. A successful internet venture was crucial in the first novel, and now the action centers on a Big Fat Desi Wedding. “Tina Das was conceived in India but born, nine months later, in Columbus, Ohio,” Basu writes. “Three months later, like her father, she held a coveted American passport. Her mother stubbornly held on to her Indian passport and Green Card.” Tina’s identity is also split, and her romantic and career woes in New York have only made her feel more Indian. Happily, she’s been invited to her cousin’s wedding, to be held in Delhi’s poshest club. A sojourn in India seems like the perfect opportunity for taking a break before moving on—but of course, that’s when the fun begins.