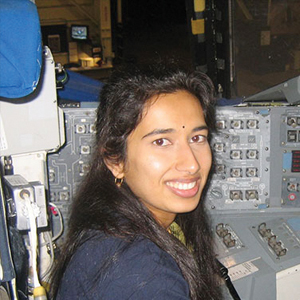 Swati Mohan of NASA was the guidance, navigation, and controls operation lead of the Mars 2020 mission. “Touchdown confirmed,” she called out after the Perseverance rover made a tricky landing on the Red Planet. Mohan, who immigrated from India as an infant, received her M.S. and Ph.D. in aeronautics/astronautics from MIT. She also worked on NASA’s Cassini mission to Saturn and a lunar mission. 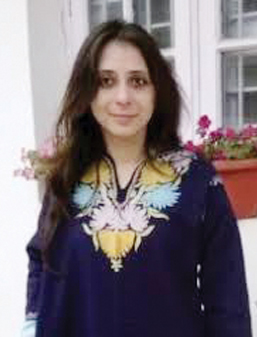 Annie Zaidi won the 2020 Tata Literature Live! Award in the fiction category for Prelude to a Riot. The novel, published by Aleph, explores the impact of religious bigotry through the stories of two families (Muslim and Hindu) in one Indian town. Based in Mumbai, Zaidi is also an essayist, poet, journalist, and playwright. She was the 2019-2020 winner of the $100,000 Nine Dots Prize for a memoir titled Bread, Cement, Cactus. 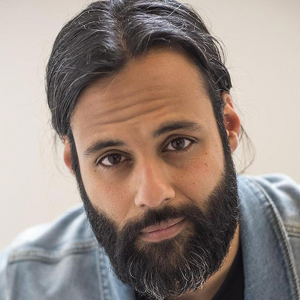 Baiju Bhatt is the cofounder of Robinhood, a trading platform that was in the news recently. He and Vlad Tenev, sensing an opportunity in the wake of the Occupy Wall Street movement, wanted to democratize the financial system. But Robinhood has been criticized for increasing market volatility. Bhatt, the son of Indian immigrants, met Tenev at Stanford, where Bhatt earned a bachelor’s in physics and a master’s in math. 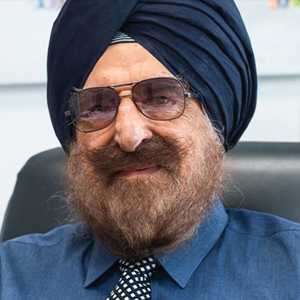 Narinder Kapany, dubbed the “father of fiber optics,” died in California on December 3, 2020, at the age of 94. The Indian-born scientist and entrepreneur, who was with UC-Santa Cruz, earned his Ph.D. in London. At Imperial College in the early ’50s, he and his professor were the first to successfully transmit high-quality images through a bundle of optical fibers. Controversially, they didn’t get the Nobel Prize for their work. 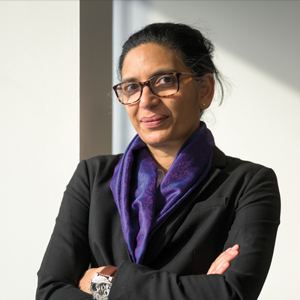 Bhavya Lal, NASA’s new acting chief of staff, is responsible for the space agency’s everyday operations. The MIT-trained nuclear engineer, who earned a Ph.D. in public policy, has a role in shaping NASA’s strategic goals. Lal led analysis of space technology, strategy, and policy for the White House Office of Science and Technology Policy, National Space Council, NASA, the Department of Defense, and the intelligence community. 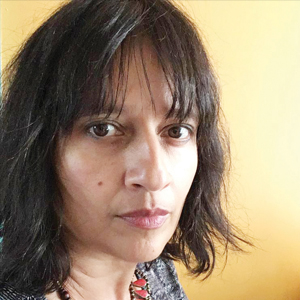 Bhanu Kapil, a British-born poet who lives in the U.S. and the U.K., received the 2020 T.S. Eliot Poetry Prize earlier this year for her collection titled How to Wash a Heart. The work captures the complicated relationship between a white liberal host and an immigrant guest who is not white. In 2020, she was awarded one of the eight Windham-Campbell Literature Prizes. Kapil teaches at Naropa University and Goddard College. 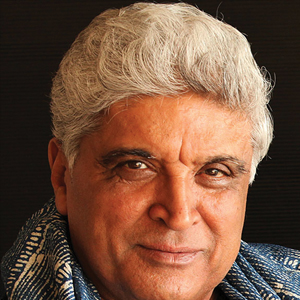 Javed Akhtar, the famed lyricist and poet who has won much recognition for his work, received the 2020 Richard Dawkins Award. It was established in honor of the noted evolutionary biologist. “For half a century, India’s Javed Akhtar has been a powerful force for secularism, reason, and human rights, challenging superstition and intolerance through his work in poetry, screenwriting, and political activism,” the citation notes. 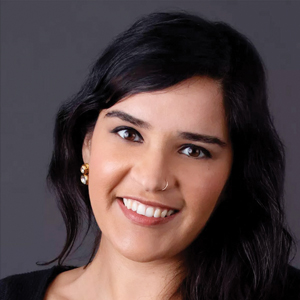 Swati Sharma takes over as editor-in-chief at Vox, which is known for its explanatory journalism and is one of 13 outlets in the Vox Media network. Previously, Sharma was managing editor at The Atlantic, where she guided and helped grow its digital coverage for about two years. She was at The Washington Post for over four years, and at The Boston Globe during its Pulitzer Prize-winning live coverage of the marathon bombing. 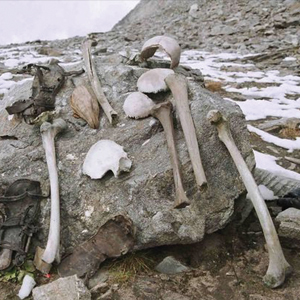 Nanda Devi, India’s second highest mountain, was in the news last month, reminding us yet again of climate change and its devastating impact. A glacier broke, releasing an avalanche of water that destroyed two dams (which were approved despite warnings) and killed many people. Pilgrims who trek to this forbidding mountain go past a lake at a height of 16,500 feet in the lap of Trishul massif. Called Roopkund, it’s more widely known as Skeleton Lake because of a spooky discovery. In the early ’40s, a forest ranger stumbled upon hundreds of broken skeletons, initially thought to be the victims of World War Two. But the Himalayan mystery lingered, and archeologists suggested some years ago that the victims had been caught in a violent hailstorm or a blizzard in the ninth century. Local legends seemed to support that finding.

More recently, following a careful DNA analysis by geneticists, we have a better picture. It also raises more questions. The victims were from different time periods, and they belonged to three distinct ethnic groups. While Group A did have South Asian ancestry, dating back to incidents between the seventh and tenth centuries, and Group C pointed towards Southeast Asian ancestry, Group B turned out to be the most intriguing. The victims had a Mediterranean ancestry—and more surprisingly, they seemed to have died in the early 1800s. What were they doing there? One of the researchers is Ayushi Nayak, who did isotopic bone analyses at the Max Planck Institute in Germany. There’s more work to be done because, as Nayak points out, only 38 individuals were studied for the three groups. The mystery continues. 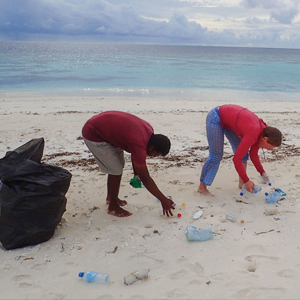 A country known for the beauty of its coral islands became the first South Asian nation to ban single-use plastic. That’s Maldives, a favorite tropical destination in the Arabian Sea, about 450 miles from the southern tip of India. Being the world’s lowest lying nation, Maldives, with its population of over half a million, is highly susceptible to climate change. What also makes it vulnerable is the amount of trash—640 million pounds—produced every year. That’s largely because Maldives is popular with visitors. The elimination of plastic will be done in phases, starting with an import ban on many items. The final phase will be completed by 2023.

India also began an ambitious initiative, with the goal of banning single-use plastic by 2022. Then came the pandemic, derailing the efforts. Saving jobs in a tanking economy became a bigger priority. It’s no secret that the plastic industry in India plays an important role in the livelihood of millions, both in the formal and informal sectors. Phasing out single-use plastic without causing disruption may take longer, but the environmental reckoning can’t be held off indefinitely. For now, states have the discretion to act at their level. Does this mean Indian Railways will not be replacing plastic cups with earthen cups, as planned? According to the Centre for Science and Environment, three steps will be needed to intelligently phase out plastic: (1) Make a list of items that can’t be recycled. (2) Come up the alternatives. (3) Figure out how these will be introduced. 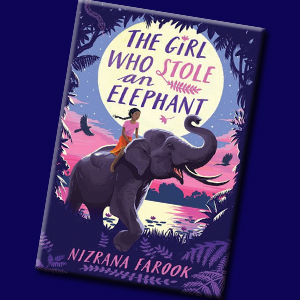 The Girl Who Stole an Elephant (Peachtree Publishing) – by Nizrana Farook. Rudyard Kipling meets Robin Hood in this middle grade debut, though the novel has nothing to do with Britain, where it was first released and where the author now lives. Farook, who grew up in Sri Lanka, whisks the reader off to her lovely native country for a thrilling adventure involving a feisty girl named Chaya. A noble rebel is a good way to describe her, for the nobleman’s daughter wants to steal jewels from the Serendib Palace and help her impoverished villagers. She pulls off the theft. And luckily, a royal elephant named Ananda, with grand tusks, comes to her rescue. “He was her getaway vehicle first, saving her from the King’s men,” we learn. An example of Farook’s accessible yet evocative writing, bringing her lush homeland to life: “Firelight danced at the mouth of the cave and everything felt safe for the moment.” But will Chaya and her pals get away with their audacious scheme? 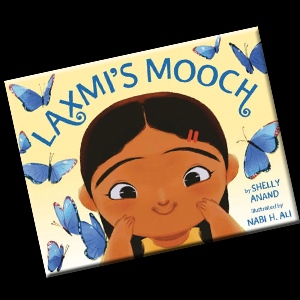 Laxmi’s Mooch (Kokila) – by Shelly Anand. Illustrated by Nabi Ali. Anand, a human and civil rights attorney based in Atlanta, wrote this debut book for the younger set. Ali also draws on his Indian background to make the tale relatable. Told from Laxmi’s point of view, it’s about how kids can learn to accept and love their appearance—and their heritage. Hair grows in many places on our bodies, but sometimes it can lead to teasing, as Laxmi finds out when the light fuzz above her lip is mistaken for a “mooch” by her friends. Kirkus, in a starred review, praises Anand for “crafting a narrator who is both vulnerable and powerful, while Abi contributes sunny-humored illustrations.” Kokila, an imprint launched by Penguin Young Readers, publishes inclusive books for children and young adults. It’s headed by Namrata Tripathi, who was born to Indian parents in the Soviet Union. She lived in Afghanistan, India, Canada, Pakistan, Germany, and Poland before coming to New York in 1997. 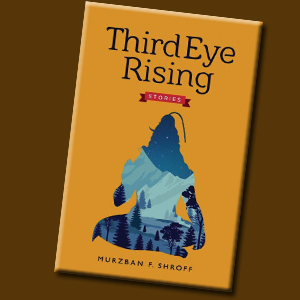 Third Eye Rising (Spuyten Duyvil Publishing) – by Murzban Shroff. The Mumbai-based author, who worked in advertising for 16 years, takes readers on a ride through rural India in a story collection that feels like, as an author put it, “a Panchatantra returning to life in our time.” All 10 stories previously appeared in journals, and three of them including “The Kitemaker’s Dilemma” were nominated for the Pushcart Prize. The kitemaker, who rescues a sensitive boy from exile, is a nomad called Baba Hamush. He attracts customers by crying, “Big Bird in the sky, it’s got the power to fly so high.” Another Pushcart nominee involves a fake marriage, and the title story is about a young wife who is forced to prove her innocence. Shroff, who received the John Gilgun Fiction Award, is also the author of Breathless in Bombay, a debut collection that was shortlisted for the Commonwealth Writers’ Prize, and Waiting for Jonathan Koshy, a novel. The writer Junot Díaz says “Shroff is a captivating storyteller.” 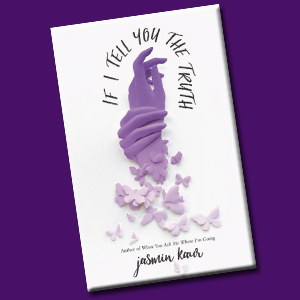 If I Tell You the Truth (HarperCollins) – by Jasmin Kaur. In her second young adult novel (she also wrote When You Ask Me Where I’m Going), Kaur uses a mix of prose, poetry, and illustrations to explore the lives of a Punjabi woman and her daughter in Canada. Following a sexual assault in Chandigarh that leaves her pregnant, a young Kiran flees to North America on a temporary visa. “Freshies. I didn’t know what the word meant but I couldn’t help but feel like it was directed at me,” she says after joining a Canadian college. She stays on after her visa expires, taking on the challenge of raising Sahaara in difficult circumstances as an undocumented immigrant. The presence of Joti and her mother changes their lives, and in the novel’s later section, the perspective shifts as Sahaara, now a teen, learns about her mother’s traumatic past. Kaur, who worked as a schoolteacher in British Columbia, lives on what she calls “unceded Sto:lo territory” in the Fraser Valley.