BRIEFS / TREASURES FROM A TRAGIC PLANE CRASH / WILL THIS BE A WORLD HERITAGE SITE? / BOOK MATTERS 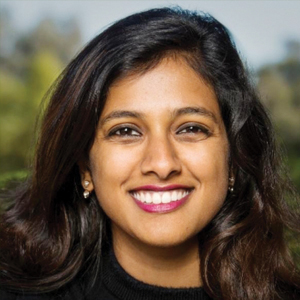 Medha Raj has been picked by Joe Biden as his digital chief of staff. Given how the pandemic is far from under control in large swaths of the country, digital campaigning will play a big role in the run-up to the election in November. Raj, who previously worked for Pete Buttigieg’s campaign in the Democratic primaries, has a degree in international politics from Georgetown University and an MBA from Stanford. 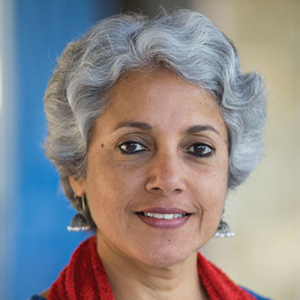 Dr. Soumya Swaminathan is the World Health Organization’s first chief scientist of the public health division. Given the coronavirus crisis, it’s a coincidence that this division was created just last year. Hailed for her research on tuberculosis and HIV, the Indian-born scientist, who trained as a pediatrician, has over three decades of experience. She’s the daughter of M. S. Swaminathan, the father of India’s Green Revolution. 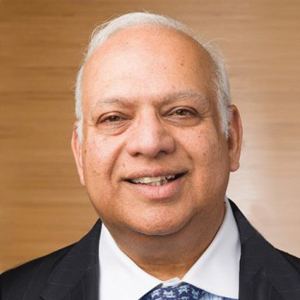 Ravi Saligram takes over as the CEO of Atlanta-based Newell Brands, a Fortune 500 company which makes Sharpie, Rubbermaid, Oster, and Graco products, among others. With over 30,000 employees, the company has eight business units. Saligram, a former CEO at Ritchie Bros. and OfficeMax, worked at Aramark Corporation as well. He has an engineering degree from Bangalore and an MBA from the University of Michigan. 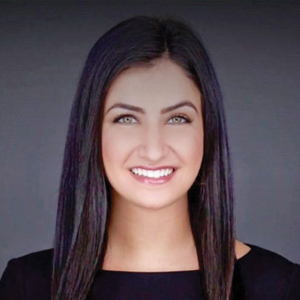 Nina Kapur, who joined CBS New York (CBS2) last year as a TV reporter, was killed in a moped accident last month. Only 26, she was a 2016 graduate of Syracuse University’s broadcast and digital journalism program. She’d also done reporting in Connecticut and Maryland. “News 12 staff members are remembering Kapur for her incredible work ethic, as well as her sense of humor and smile,” CBS New York noted. 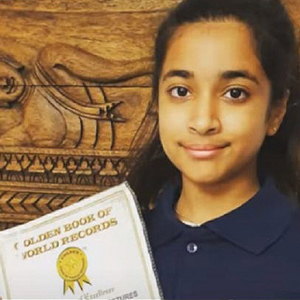 Samridhi Kalia, at age 11, set two yoga world records in less than a month. And then there was the record that earned her a spot in the Golden Book of World Records. The Indian-born, Dubai-based girl executed 40 adavance yoga postures under one minute in a restricted space. Also worth noting is the world record on the viewing deck of Burj Khalifa, where she executed 100 yoga poses in 3 minutes and 18 seconds. 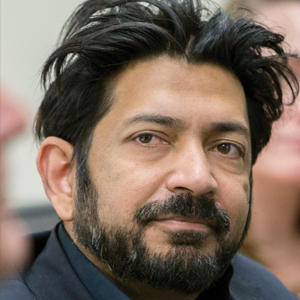 Dr. Siddhartha Mukherjee is among 38 honorees in Carnegie Corporation of New York’s 2020 list of Great Immigrants. A biologist and oncologist, he writes for The New Yorker and is the author of the Pulitzer Prize-winning Emperor of All Maladies: A Biography of Cancer. A practicing physician in New York, where he teaches at Columbia University, his most recent book is called Gene: An Intimate History. He received India’s Padma Shri. 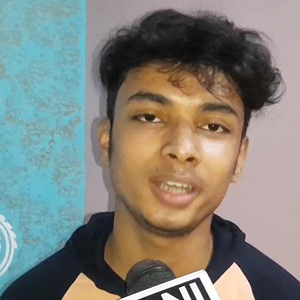 ​Mohammad Shadab came to the U.S. from Aligarh, India, to attend high school for a year on a Kennedy-Lugar youth exchange scholarship. It’s open to Muslim foreign students in the 15-17 age group. Shadab got a top rank, and was also picked Student of the Month out of 800 pupils. His father in Aligarh is a motor mechanic with 25 years of experience. Shadab hopes to become a human rights officer at the United Nations. 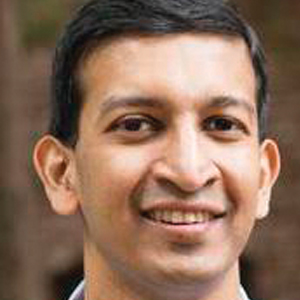 Raj Chetty, one of the youngest scholars to win tenure in Harvard University’s history, is also included in Carnegie Corporation of New York’s 2020 list of Great Immigrants. Known for his groundbreaking research on barriers to economic and social mobility, he won MacArthur and Andrew Carnegie fellowships and received the John Bates Clark Medal. He earned his Ph.D. in economics from Harvard at the age of 23.

TREASURES FROM A TRAGIC PLANE CRASH 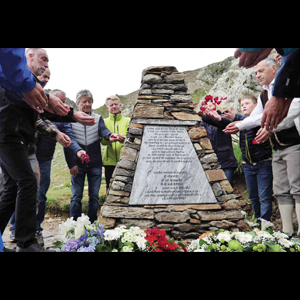 The discovery was extraordinary, and it wasn’t even the first time for a restaurant owner at a ski resort in the French Alps. About a dozen Indian newspapers, mostly in good condition and all from January of 1966, reappeared when the Bossons glacier began melting on Mount Blanc. While these items emerged because of global warming, it was another tragedy that had created the time capsule. On January 24, 1966, an Air India plane (Kanchenjunga)—carrying 117 passengers, including Homi Jehangir Bhabha, the father of India’s nuclear program—crashed into the mountain, killing everybody. Among the items found from an earlier search, the most spectacular one was a box of jewels. The sapphires, rubies, and emeralds in it were worth $280,000 or more. There were conspiracy theories, but it was a system error, which then led to a communication error, that tragically ended the Bombay-London flight.

One of the headlines from the recently found newspapers announced the 1966 election of Indira Gandhi as India’s prime minister. That wasn’t due to a general election, which took place the following year, but because Prime Minster Lal Bahadur Shastri had just died in Tashkent. What adds to this incident’s fascination is that there was an earlier Air India crash in the same area. On November 3, 1950, a smaller plane (Malabar Princess), also going from Bombay to London, had 48 passengers on board. Again, everybody perished when it slammed into Mount Blanc. The cause remains a mystery. The first crash inspired a French novel that was made into a 1956 English-language film called The Mountain, starring Spencer Tracy. Today, an Indo-French memorial at the foot of Mount Blanc honors the
victims of both tragedies.

WILL THIS BE A WORLD HERITAGE SITE? 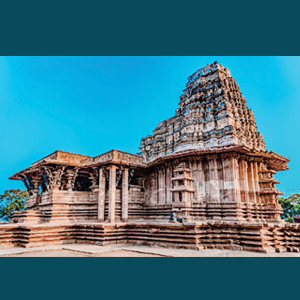 The World Heritage Committee’s 44th session, scheduled to be held in Fuzhou, China, has been postponed
because of Covid-19. So we don’t know yet if the Ramappa (or Ramalingeswara) temple, one of the 25 nominees in 2020, will be a World Heritage Site. Listed by UNESCO as the Glorious Kakatiya Temples and Gateways, the complex was built in the early 13th century, perhaps over four decades, and is located in Telangana state, less than 50 miles from Warangal, which was the stronghold of the Kakatiya dynasty.

Lord Ramalingeswara was worshipped in this temple,
which is flanked by two smaller shrines and has the unique distinction of being named after its sculptor,
Ramappa. The reddish sandstone complex, with its
numerous carvings, was built by General Recherla Rudra during the reign of Ganapati Deva. The Kakatiyas, who lasted about 250 years (mostly 12th and 13th centuries), were a prosperous dynasty, notable for their support of architecture and the arts, including Telugu literature. Rudramadevi, Deva’s daughter, also became a ruler despite some opposition because of her gender. The Kakatiyas were the original owners of the legendary Kohi-i-Noor diamond, which was mined in this region. They were able to fend off attacks from other South Indian kingdoms, but were finally overrun by Alauddin Khilji’s forces from the Delhi Sultanate. It was then that Khilji, who gained a fearsome reputation for his relentless attacks across the subcontinent, got his hands on the Kohi-i-Noor. Eventually, it ended up with the British, and is now on display in London. 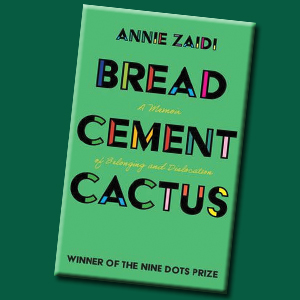 Bread, Cement, Cactus (Cambridge
University Press) – by Annie Zaidi. This “memoir of belonging and dislocation” evolved from an essay
that won the second Nine Dots Prize, which recognizes original thinking on issues we grapple with today. The $100,000 prize allowed Zaidi to expand her reflections on a question—“Is there still no place like home?”—into a 160-page book, which Cambridge (the prize’s co-sponsor) published. Drawing on reportage and her own life, Zaidi—a journalist, novelist, and scriptwriter in Mumbai—examines how survival is at the heart of our search for home. The title is her take on roti kapda aur makaan (food, clothing, and shelter). Migrants, even within their country, may endure displacement in their quest for sustenance (bread) and a home (cement), but what lets them face challenges is their hardiness (cactus).
“I hadn’t yet been told that I didn’t belong in my own country, or that I had a smaller right to it,” Zaidi says. “Belonging, however, had always been a fraught question for me.” 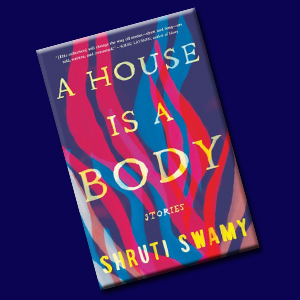 A House Is a Body (Algonquin) – by Shruti Swamy. In this debut collection of a dozen stories set in the U.S. and India, Swamy, winner of two O. Henry Awards, shrinks the border separating realism and fantasy, earthly life and celestial life. In “Earthly Pleasures,” a disillusioned
Indian-American artist makes an unusual connection with Lord Krishna. Another unexpected bond occurs in “Mourners,” this time between a grief-stricken widower and his sister-in-law. In the more conventional “Wedding Season,” two lovers visiting India as guests realize that their unconventional relationship will never be accepted and they’ll never experience the pleasures of a traditional wedding ceremony. An encroaching California fire is at the center of the title story. “The fallible characters in Swamy’s ravishing book are always falling into something
and bravely grasping what they can on their way down in a frenetic attempt to pull themselves back up,” points out Kirkus in a starred review. 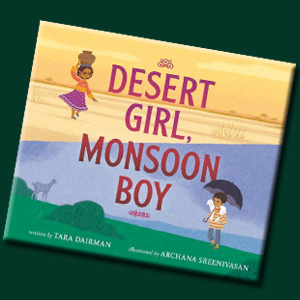 Desert Girl, Monsoon Boy (G. P. Putnam’s Sons) – by Tara Dairman. Illustrations by Archana Sreenivasan. For the youngest readers (4-8 years), here’s an attractively imagined book that takes kids to northwestern
India for glimpses of nomadic life. Extreme weather conditions have made things difficult for the Rabari, an indigenous people who are herders. The girl and the boy in the book may be from different worlds, but they both have to be resourceful to deal with the effects of climate change. That’s the Rabari way. Without neglecting to tell an absorbing story, the author provides insights on an urgent matter in an accessible manner. “Their lives, as we see in this very simple yet poignant book, are intimately connected to the environment,” notes ​booklist. Sreenivasan, who has illustrated several children’s books, lives in Bangalore. Dairman is a nomad, too, having visited over 90 countries. Although her home is an RV, which takes her family around the nation, Dairman manages to write books for middle graders and younger kids. 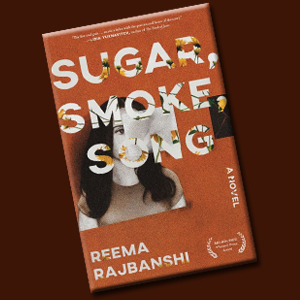 Sugar, Smoke, Song (Red Hen Press) – by Reema Rajbanshi. The voices of Indian-American writers with roots in northeastern India rarely reach us. These nine linked stories, with their offbeat narrative style, take us into the world of Assamese immigrants and their children in the Bronx and beyond. While Manhattan and Brooklyn loom large as a literary setting, the Bronx draws less attention in fiction, or even as a place to live. Another title for the book could be Culture, Color, Class. In one story, featuring Indian recipes, Bollywood provides an escape for an unhappy daughter and her immigrant father. Another story, involving a storytelling contest, reveals racial tensions among immigrant groups. But it’s not all gloom. “Each story contains a fully realized world, often revealed in elliptical pieces, and the collection coheres beautifully,” notes Publishers Weekly in a starred review. Her collection won the 2018 Women’s Prose Prize for Red Hen Press.