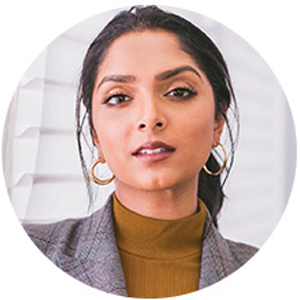 Deepica Mutyala, a beauty influencer who has drawn attention for developing cosmetics suitable for people of color, is among Time magazine’s 2022 Next Generation Leaders. In 2018, the 32-year-old launched Live Tinted, an online community focusing on culture and identity. She partnered with Mattel on a South Asian Barbie, and is working on Huestick, an all-in-one color corrector, lipstick, eye shadow, and blush. 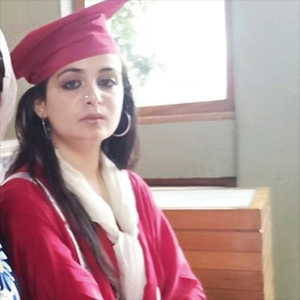 Sanna Irshad Mattoo is among the four Indian photojournalists from Reuters to receive the 2022 Pulitzer Prize in feature photography. Recognized for their work during India’s Covid crisis, they were praised for images “that balanced intimacy and devastation, while offering a heightened sense of place.” The other recipients of the $15,000 award are Adnan Abidi, Amit Dave, and the late Danish Siddiqui. 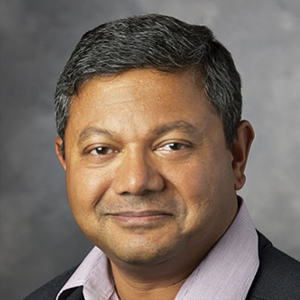 Arun Majumdar is the inaugural dean of the Stanford Doerr School of Sustainability. This is Stanford’s first new school in 70 years, established with a $1.1 billion investment from the Doerrs and other funds. It will find solutions to the climate crisis. Majumdar, a mechanical engineering professor and former co-director of Precourt Institute, specializes in energy solutions and policy. He also worked for Google and the government. 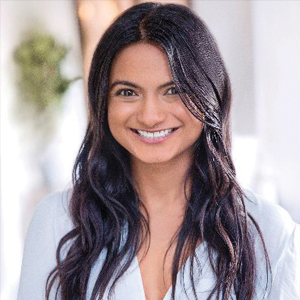 Amrapali (Ami) Gan is CEO of OnlyFans, a subscription social media platform that facilitates communication between creators and their fans. Born in India, Gan studied in California. She’s one of the business leaders on the 2022 A 100 List (“100 Impactful Asian and Pacific Islanders”), along with Nikil Viswanathan (Alchemy), Leena Nair (Chanel), Hemant Taneja (General Catalyst), and the author and life coach Jay Shetty. 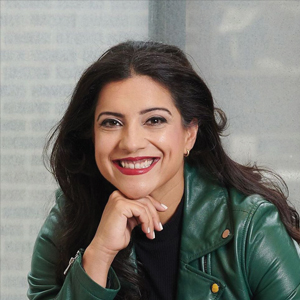 Reshma Saujani, a women’s rights activist and the founder of Girls Who Code, received a 2022 Lotus Leadership Award from the Asia Foundation. Also an author, Saujani recently came out with Pay Up: The Future of Women and Work, in which she critiques corporate feminism and offers solutions to tackle inequity and burnout among women. The Yale Law School graduate also founded the Marshall Plan for Moms. 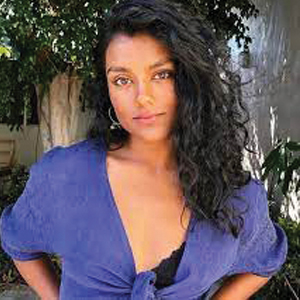 Simone Ashley, which happens to be the professional name of Simone Ashwini Pillai, is not the only British Indian actress to appear in Bridgerton. Another actress in this hit Netflix series is Charithra Surya Chandran, an Oxford graduate who was also born to Tamil immigrants in the U.K. Both actresses are included in the entertainment category of Gold House’s latest A 100 List (“100 Impactful Asian and Pacific Islanders”). 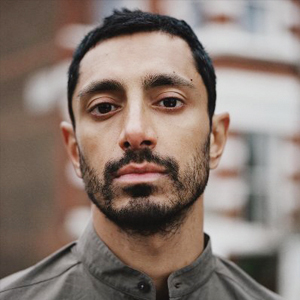 Riz Ahmed, the acclaimed British Pakistani actor and musician, won his first Academy Award this year. It was for a live-action short film, The Long Goodbye, which he co-wrote and starred in. Featuring Ahmed’s music, the film depicts a British South Asian family’s struggle to belong. “In such divided times, we believe that the role of story is to remind us there is no us and them,” he said in his Oscar speech. “There’s just us.” 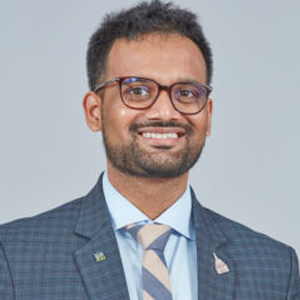 Nishant (Neal) Patel became the youngest chairman of AAHOA (Asian American Hotel Owners Association). The first property his family owned was a 20-room hotel in Laurel, Mississippi. Now based in Austin, Patel is the managing partner of Blue Chip Hotels, whose independent and branded properties in various states manage over 1200 rooms. AAHOA, with 20,000 members, owns 60 percent of the hotels in the U.S. 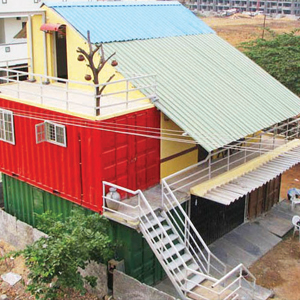 The shipping container has become a symbol of supply chain issues. We’ve seen stacks of containers on docks, unattended, or piled up high in marooned ships. They hold all kinds of goods, but these containers are so roomy and sturdy that they’ve also been repurposed for building homes. Especially in countries like India, the low cost has made such abodes an attractive proposition. Other factors include sustainability and the shortage of space in megacities. You could say that container homes are India’s version of mobile homes. They also appeal to eco-conscious urban professionals who want a cool second home in a bucolic setting. Where did the trend start? It’s hard to say, but Bengaluru’s first container home did get a lot of attention about 12 years ago.

Now companies like Studio Alternatives, launched by Dhara Kabaria and Sonali Phadke in Pune, build container homes in different sizes. A 20-foot container, weighing about 3.3 tons, makes one room. There are many examples of elegant container homes, one being the Orange Box in Maharashtra. The family has used six containers to build a vacation home consisting of three bedrooms, a lounge, and a kitchen. And, yes, the color is a striking orange. Low-cost container homes are not the only option. Builders like the Habitainer, based in Bengaluru, can provide more luxurious container homes loaded with premium fittings and features. Even their basic model, starting at seven lakh rupees (over nine thousand dollars), comes with good plumbing, insulation, and wooden floors. Although upgrading provides comforts, the space is still bound to be cramped. Of course, many would say that simplicity is what makes container homes desirable.

STAATUS ON STATUS OF ASIAN AMERICANS 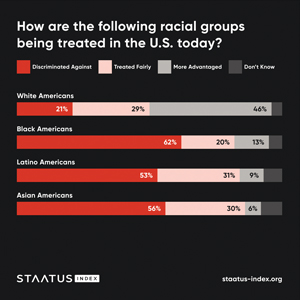 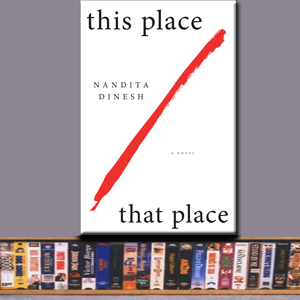 This Place That Place (Melville House), by Nandita Dinesh. This debut novel’s timing is eerie. Two guests at a family wedding are from nations that are neighbors as well as rivals. On the day of the wedding, the relationship between the countries takes a nasty turn when That Place attacks This Place. Flights are cancelled, a curfew is declared, and the guests can’t go back to their respective countries. Ukraine and Russia come to mind, but we can name other neighboring countries as well. This Place puts up a fierce resistance, complicating the situation—and again, it’s uncannily relevant. The uncertainty becomes problematic for the two guests, as their own relationship evolves. Will the conflict strengthen—or break—their bond? Using scenes from a play, dreams, excerpts from lesson plans, lists and so on in her unconventional narrative, Dinesh tells a story that “dismantles the certainties of borders, nations and empires,” notes Siddhartha Deb. Dinesh, who earned a PhD in drama in South Africa, also studied at NYU. 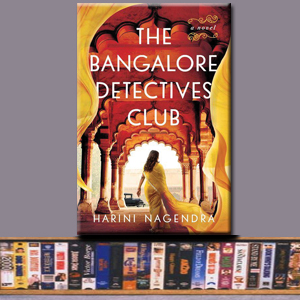 The Bangalore Detectives Club (Pegasus Crime), by Harini Nagendra. As an ecology professor, Nagendra has won praise for Cities and Canopies: Trees in Indian Cities. But she’s attracted to mysteries as well, and her debut novel has won accolades from the likes of Sujata Massey, R.V. Raman, and Abir Mukherjee. Following in their footsteps, Nagendra takes readers to India for her detective story, said to be the first book in a series. The setting is Bangalore of the 1920s, for which the author has drawn on her vast knowledge of the city’s history. Kaveri Murthy, married to a physician, is the unlikely young detective who overcomes the societal limitations imposed on her to solve a murder case and save an innocent woman. Centenary Club, the crime scene, could be a stand-in for Bangalore Club. Kaveri’s math skills come in handy, as does her husband’s medical knowledge, in “a cozy mystery that warmly illuminates a time and place not often examined in fiction,” according to mystery writer Vase Khan. 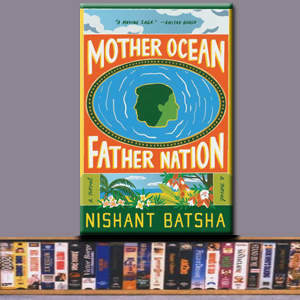 Mother Ocean Father Nation (Ecco), by Nishant Batsha. Colonialism may have ended, but many former colonies continue to experience the aftershocks. This novel takes us back to the mid-1980s on a Pacific island nation (Fiji?). Following a military coup, the economically successful but politically vulnerable Indian minority feels the wrath of the majority community. The story unfolds through the perspectives of siblings Bhumi and Jaipal. The academically oriented Bhumi, a college student, is expelled when she’s mistakenly thought to be a rebel. She escapes to California as an undocumented migrant, only to face new challenges there. Jaipal, who takes over the family store, has his own problems. There’s the growing insecurity for folks like him, but he also struggles with his sexuality. And then there’s the philandering father, who’s an alcoholic and abusive. While the story seems tragic, author Joyce Carol Oates describes it as “a brilliant debut novel of contemporary displacement, destabilization, and shifting identity.” Batsha, a Soros Fellow, earned his PhD in history at Columbia University. 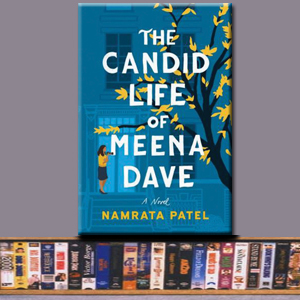 The Candid Life of Meena Dave (Lake Union Publishing), by Namrata Patel. With the right cast, this debut novel could be turned into an engaging movie. Meet Meena Dave, whose adoptive parents were killed when she was 16. Meena, detached from her Indian roots, becomes a wandering photojournalist who doesn’t form strong relationships. Then comes an unexpected inheritance in the form of an apartment in Boston, though there are strings attached and little is known about the enigmatic benefactor. Not to mention, there are Indian-American aunties who take a keen interest in Meena’s life. But there’s also a handsome neighbor who piques her interest.Patel, who lives in Boston, notes that she wrote the novel “not only to give an example of Indian American history but also to touch on what it could mean to build community in isolation.”