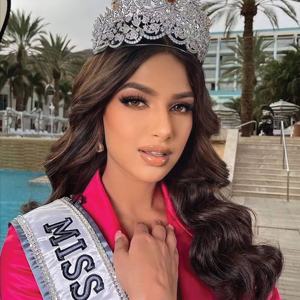 Harnaaz Kaur Sandhu, the 2021 Miss Universe, was born in 2000, the year Lara Dutta, India’s previous Miss Universe, won the title. Sandhu, who grew up in Chandigarh, is a rising actress who will appear in a couple of Punjabi movies. She’s an MBA student as well, and was crowned LIVA Miss Diva Universe 2021 and Femina Miss India Punjab 2019. Sushmita Sen (1994) was the only other Miss Universe from India. 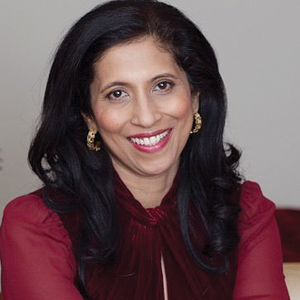 Leena Nair, a British citizen who grew up in India, is the new global CEO of Chanel, the French luxury fashion house based in Paris. Known for her people-centric approach, Nair was previously the chief human resources officer at Unilever, which has 160,000+ employees in over 100 countries. Nair, who also worked for the British government, earned her MBA from XLRI, Jamshedpur, where she was a gold medalist. 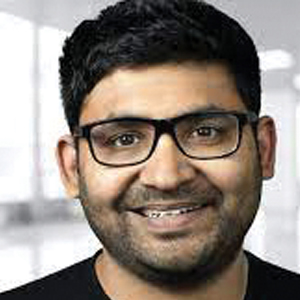 Parag Agrawal, a native of Ajmer, India, became Twitter’s CEO at 37. He replaced Jack Dorsey, Twitter’s founder. A graduate of IIT-Bombay, Agrawal, who received his PhD in computer science from Stanford, was previously CTO at Twitter, where he worked for a decade on AI, decentralization and blockchain among other projects. Agrawal, who came to the U.S. in 2005, won a gold medal at the 2001 International Physics Olympiad. 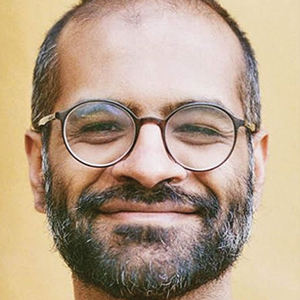 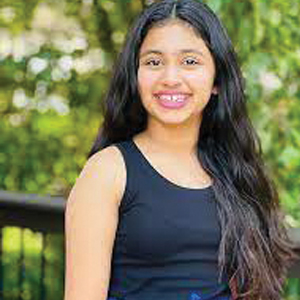 Prisha Hedau is the 2021 National Cover Girl (Pre-Teen). The 11-year-old represented Kentucky at the National American Miss pageant in Orlando. Honored with six awards in several categories, Prisha also received the official crown and a trophy. She’s the founder and CEO of priSHE LLC, which supports STEM initiatives for kids. This pageant awards $1.5 million in prizes and scholarships to talented young females. 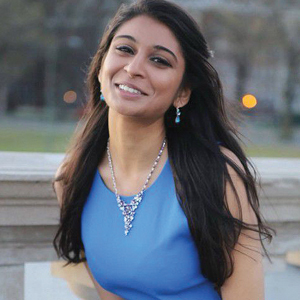 Shilpa Yarlagadda, 24, picked by Forbes for its “30 Under 30” list, was a Harvard undergrad when she founded a fine jewelry label called Shiffon from her dorm. Its most striking product is a Duet Pinky Ring, which has been worn by women like Michele Obama and Emma Watson, drawing wide attention for its message of solidarity. Half the profits go to Yarlagadda’s Startup Girl Foundation, which empowers women. 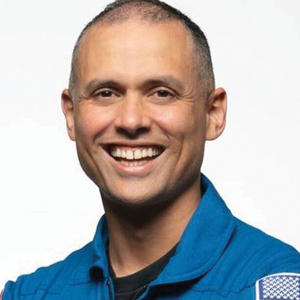 Anil Menon, who was SpaceX’s first lead flight surgeon, has been picked by NASA for a future space mission. Dr. Menon and nine other candidates were chosen from a pool of 12,000 for astronaut training in Houston. Having treated astronauts who returned from space, now he’ll get a chance to go to space. Previously, he’d also been a flight surgeon with the U.S. Air Force. His wife, Anna, is a mission director at SpaceX. 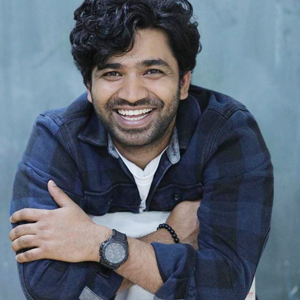 Anupam Tripathi has drawn attention for his role as a Pakistani migrant in Squid Game, the Netflix megahit. He’s the only non-Korean actor in the series, but he speaks fluent Korean. After some lean years as an actor in South Korea, Tripathi, who speaks Hindi and English as well, is gaining recognition. It was a scholarship to study at Korea National University of Arts that brought him there from India 11 years ago. 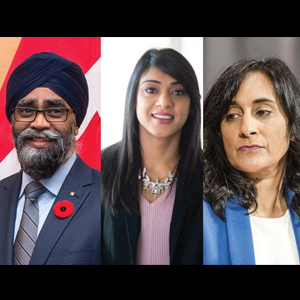 It’s hardly breaking news that a record number of Indian-Americans work in the Biden administration. But a fixation on the U.S. makes us forget our northern neighbors. The Indian diaspora in Canada has also come a long way in the political arena. Prime Minister Trudeau’s cabinet now has three Indian-Canadians—Harjit Sajjan, Kamal Khera and Anita Anand (L to R in the picture)—and many others from the community serve in the administration and parliament. Anand, the defense minister, is only the second woman to hold this position. Khera is minister for seniors and Sajjan is minister of international development agency. Along with Jagmeet Singh, leader of the New Democratic Party, 17 Indian-Canadians won the last parliamentary election. About three dozen Indian-Canadians serve in the two branches of government.

In Britain, Rishi Sunak, Priti Patel and Alok Sharma are in the current cabinet, and there are perhaps 20 MPs of Indian origin. Another Anglophone country in which the Indian diaspora is starting to make inroads is Australia. But it’s in the U.S. that they’ve been most successful. The 117th Congress, the most diverse in history, includes four Indian-Americans (the so-called samosa caucus) and many others hold positions in the government. President Biden has picked about 50 Indian-Americans for various roles. Recently, Gautam Raghavan (an Obama veteran) became head of the White Office of Presidential Personnel. And though Neera Tanden’s cabinet was blocked by some senators, she did make it to Biden’s inner circle as White House staff secretary. Dr. Ravi Chaudhury is the latest Indian-American to win a nomination. If confirmed, he’ll be an assistant secretary of the Air Force for Installations, Energy, and the Environment.

MONUMENTS INSPIRED BY THE TAJ MAHAL 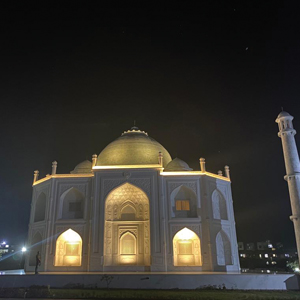 The Bibi Ka Maqbara doesn’t have the grandeur or fame of the Taj Mahal, its inspiration. But this Taj of the Deccan (aka Lady of the Tomb), built less than three decades after the original Taj, has a rich history as well. Located in Aurangabad, Maharashtra, the Bibi was completed in 1678, just six years after work began, and it cost much less than the Taj Mahal, which took 22 years to build in Agra, Uttar Pradesh. While a family connection exists, there’s a distinction. Unlike the Taj Mahal, built by Shah Jahan in memory of his wife Mumtaz, the Taj of the Deccan was built to honor a mother. Her name was Rabia Durani. It was Prince Azam Shah, her son and an architect, who built the Taj in Aurangabad. In a historical coincidence that some will find odd, she was the wife of Aurangzeb, the emperor who imprisoned Shah Jahan, his father.

For a more modern version of the Taj Mahal, we can turn to neighboring Madhya Pradesh. Anand Prakash Chouksey was recently in the news for building a replica of the Taj Mahal as a gift to his wife and local residents. Their town is called Burhanpur, which was where Mumtaz Mahal had been buried temporarily during the construction of the Taj Mahal. Chouksey’s Taj—a home, not a tomb—cost him about $260,000. Hindu nationalists have made the real Taj Mahal a lightning rod in the culture wars of a polarized India. Chouksey wanted a send a message of love and unity with his monument, which fellow residents can visit on their sprawling property. A humbler Taj Mahal in Bulandshahr, Uttar Pradesh, is also a tomb. 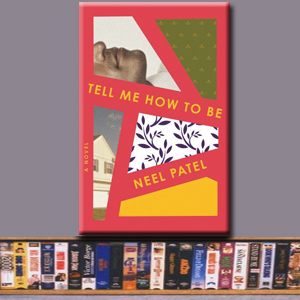 Tell Me How to Be (Flatiron Books), by Neel Patel. In his debut novel, Patel gives us an Indian-American spin on a recurring question in life and fiction: How do we confront the secrets and mistakes of the past? Patel, the author of a story collection called If You See Me, Don’t Say Hi, is talking about love in his new book. Akash, who is gay and a struggling musician on the West Coast, may seem unconventional to his suburban family in the Midwest, but his mother, it turns out, was hardly conventional before her marriage. Now that her husband, who provided stability, is gone, Renu (a friend calls her Renew) seeks a new direction. Raised in East Africa, Renu ended up in London, where she had to give up her lover. Now she reconnects with Kareem. And Akash, who returns home on his father’s first death anniversary, has to make his own connections in a novel that’s “a joy to read, reminiscent of Jhumpa Lahiri,” points out author Imbolo Mbue. 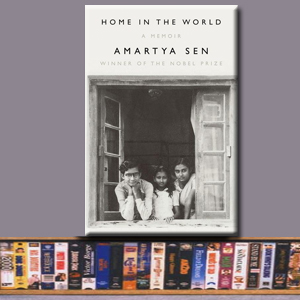 Home in the World (Liveright), by Amartya Sen. Fittingly, this memoir’s title was inspired by the title of a famous novel by Tagore. Both these Bengali Renaissance men won the Nobel Prize, though in different fields. Sen has scaled the heights of academia (his “home”), having taught at leading universities in the West and India. As Lamont University Professor at Harvard, he teaches economics and philosophy. Covering the first three decades of Sen’s life, the book charts his intellectual journey from East Bengal and Santiniketan to Calcutta and Cambridge, revealing how, among other things, he witnessed the 1943 Bengal famine as a boy. It inspired his 1998 Nobel Prize-winning work in welfare economics. Noticing a tumor in his mouth as a teenager, Sen correctly diagnosed it as cancer, despite adult skepticism. He never forgot the lesson, making him an astute observer—and interpreter—of the world around and inside him. “It’s a wonderful book, the portrait of a citizen of the world,” according to The Spectator. 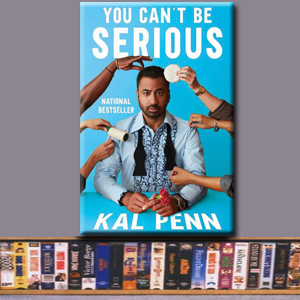 You Can’t Be Serious (Gallery Books), by Kal Penn. The memoir covers a lot of ground, providing glimpses of an actor’s life that’s as singular as his professional name. Penn reveals that he’s gay and engaged to Josh, his partner of 11 years. He writes about suburban New Jersey, where he grew up, and how he fought to avoid being cast in stereotypical film roles. The bullying he’d experienced in school made this a very personal fight. “Picking up my papers in a crowded hallway with spit dripping from my hair was an intimate way to learn that images of what we all watched on television crept into our thinking,” he notes. His big break came with the Harold & Kumar films, and his profile shot up when he played the lead role in Mira Nair’s Namesake. A second act came when President Obama chose him as associate director of the White House Office of Public Engagement. For this more serious role, he switched to his given name: Kalpen Modi. 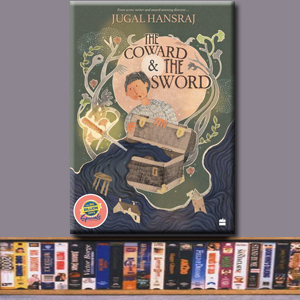 The Coward and the Sword (Harper’s Children), by Jugal Hansraj. Welcome to Kofu, a kingdom ruled by Rissho, who has a 16-year-old son named Kadis. The kingdom of Molonga poses a threat, but the shy and gentle Prince Kadis is reluctant to fight. When a mystical sword changes the equation for him, will he conquer Molonga or will he choose to broker peace between the kingdoms? Then there is Sara, a beautiful girl who says, “Prince, please try not to look down . . . look straight into my eyes instead.” The sepia-toned illustrations are by Ruchi Shah. Hansraj, who also wrote Cross Connection: The Big Circus Adventure, started out as a child actor in 1983 (Masoom) before moving on to adult roles in the Hindi films Mohabbatein and Papa Kahte Hain. A filmmaker as well, he directed Roadside Romeo, an animated movie, and Pyaar Impossible, which features Priyanka Chopra. Now based in New York, Hansraj practices Nichiren Buddhism, which was an inspiration for his new book.