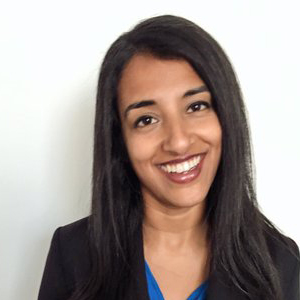 Megha Rajagopalan, a journalist with BuzzFeed News, shared a 2021 Pulitzer Prize with two colleagues, Alison Killing and Christo Buschek, for international reporting. It was the first Pulitzer for this news outlet. With the help of satellite imagery and virtual interviews with two dozen former prisoners, they shed light on the mass detention camps for Uyghur Muslims and their plight as a persecuted minority in China. 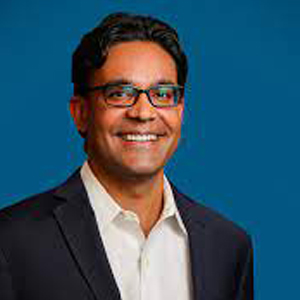 Milan Vaishnav and his co-authors note in a new Carnegie survey of Indian-Americans that about half the respondents report being subject to some form of discrimination in the past year. While 30 percent give skin color as the reason, 18 percent say it’s religion and another 18 percent say it’s gender. Muslims (at 39 percent) report the greatest degree of religious discrimination, followed by Hindus (at 18 percent). 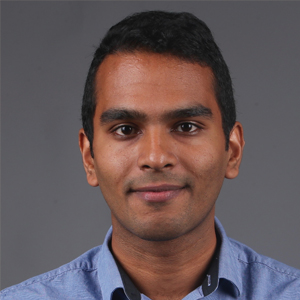 Neil Bedi and Kathleen McGrory, journalists with the Tampa Bay Times, won a 2021 Pulitzer Prize for local reporting. They were recognized for a series of articles exposing a Sheriff’s Office initiative that used computer modeling to identify people believed to be future crime suspects. About 1000 people, including children, were targeted by this program. For another investigative report, Bedi and McGrory won a George Polk Award. 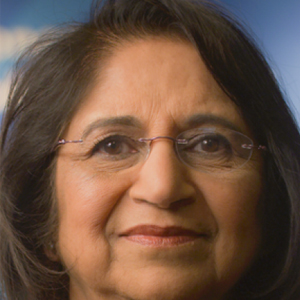 Sumita Mitra, an Indian-American chemist who started a company with her husband after leaving 3M, won the European Inventor Award 2021 in the “Non-EPO countries” category. Having found a way to form nanoclusters from nanoparticles, she used the technology in dental materials to make better and more aesthetically pleasing fillings. This technology has been implemented in over a billion tooth restorations. 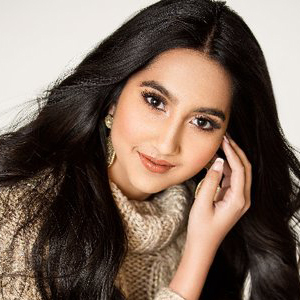 Shreya Gundelly, a 19-year-old pre-med student at New York University, was crowned the 2021 Miss Wisconsin Teen USA. This was the first time an Indian-American won this title in Wisconsin. Growing up in an area that didn’t have too many people like her, she was too embarrassed to talk about her culture and love of Indian classical dance. She had no role models, but her passion, talent and hard work paid off. 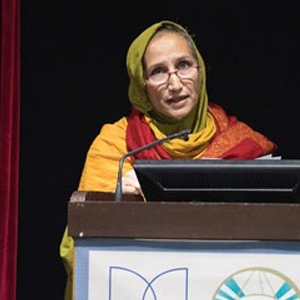 Tahera Qutbuddin, a native of India, is one of this year’s five recipients of the Sheikh Zayed Book Award. Established by the UAE to honor contributions to Arab literature and culture, the prize is worth $204,000 for each winner. Now a professor at the University of Chicago, Dr. Qutbuddin was recognized for her work Arabic Oration: Art and Function. She got her high school diploma from Mumbai’s Sophia College. 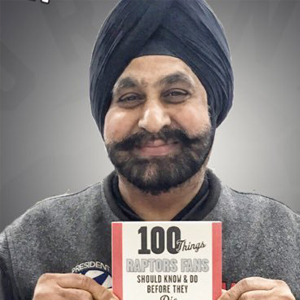 Nav Bhatia, dubbed a superfan for not missing a Toronto Raptors game since 1995, became the first fan to be inducted into the Naismith Memorial Basketball Hall of Fame. Bhatia has donated NBA tickets worth hundreds of thousands of dollars and built courts for underserved communities. The Indian-born engineer who became a top car salesman in Canada now owns several dealerships and is a multimillionaire. 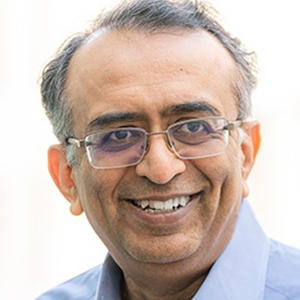 Raghu Raghuram has taken over as CEO of VMware. Based in Palo Alto, CA, this cloud and virtualization technology company plays a key role in maintaining our digital infrastructure. Raghuram served as executive vice president and chief operating officer of Products and Cloud Services at VMware, where he has worked since 2003. With an annual revenue of 12 billion, VMware employs about 31,000 people. 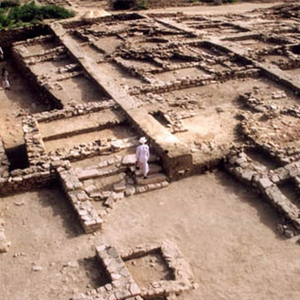 The great Indus civilization, though ancient, still makes the news. A few months ago, it was reported that the inhabitants used to eat, of all things, laddoos. An excavation in western Rajasthan near the Indo-Pak border uncovered, among other objects, seven large laddoos of similar size. Rich in protein, these well-preserved multigrain balls, thought to be 4000 years old, were made from ingredients like wheat, barley, oilseeds and chickpeas. Also known as the Harappans, their civilization thrived between 3000 B.C.E. and 1700 B.C.E., approximately. But did it collapse because of a mass invasion or another catastrophic event? More likely, it transitioned due to a variety of reasons, including the growing shortage of water as rainfall decreased or rivers changed course. Recent genome analysis of a 5000-year-old woman’s remains showed a clear genetic link between modern South Asians and the Harappans.

Excavations at these sites began 160 years ago, soon after the Archeological Survey of India was established, and the work hasn’t ceased. One big mystery is the script, which hasn’t been convincingly deciphered. Of the five Indus urban sites—Mohenjo-daro, Harappa, Ganweriwala, Dholavira and Rakhigarhi—the first one was declared a UNESCO World Heritage Site in 1980. And now Dholavira may join this exclusive club. The World Heritage Committee, meeting this month, will pick the new sites from nominees around the world. Located on the island of Khadir in Gujarat’s Rann of Kutch, Dholavira bears similarities to the other four sites, but there are differences as well. Most notably, this city was built according to an older geometrical plan that had three divisions: the citadel, the lower town and the middle town.

TEST CRICKET FOR MEN AND WOMEN 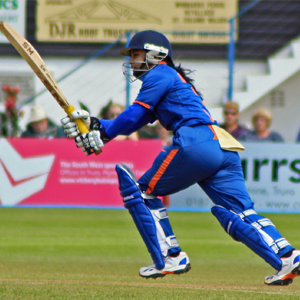 “Can Test Cricket Survive?” asked a recent cover story in an Indian magazine. On the 50th anniversary of India’s first major international success in cricket, it’s a question worth pondering. Of course, as we saw in the wake of India’s spectacular series victory in Australia, Test cricket remains highly popular. There are problems nevertheless, a big one being the pandemic’s continuing toll on sporting events. Yes, Test cricket continues to be played, but its multiday format is under increasing pressure in a fast-paced sporting world. Not to mention, Test cricket seems to be dominated by just three countries. Reportedly, India, England and Australia account for 90 percent of the global media rights, limiting the game’s reach. That won’t matter to fans. Test matches continue to be played, and it’s not just the men who are playing.

India’s national female cricket players (dubbed Women in Blue) are gaining visibility, though they still have a low profile compared to the male players. Some will be surprised to learn that the first Test played by Indian women was 45 years ago. It was against the West Indies—and while India lost in 1976, they won against the same team in 1978, making it the first Test victory for Women in Blue. As for Indian men, they won their first series abroad in 1971 (against the formidable West Indies)—only to top it off with another series victory against England the same year. India’s first victory in a Test match came on home ground, in 1952, when the men’s team defeated England in Madras. Other notable wins for Indian men: Trinidad (1976), Melbourne (1981) and Calcutta (2001). 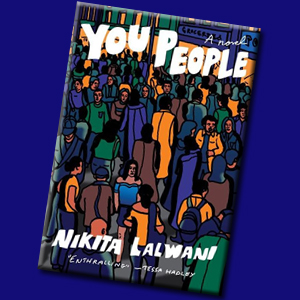 You People (McSweeney’s Publishing) – by Nikita Lalwani. Tuli, the enigmatic do-gooder in Lalwani’s new novel, runs a pizzeria in London even as he helps undocumented migrants like Shan, who works for Tuli. Shan got separated from his wife and child while escaping Sri Lanka’s civil war after his father’s brutal death. Vowing to help Shan find them, Tuli lives up to his reputation as a Robin Hood by assisting his other employees as well. But what drives Tuli, and where does he find the money? Other struggling employees include some Europeans and Nia, a young waitress of Indian and Welsh descent.  She seems to be fleeing a dysfunctional family. The Sunday Telegraph describes You People as “a short, complex novel that shines a light behind the smiles at your local restaurant, and asks tough questions about the nature of goodness in an unfair society.” Born in India and raised in Wales, Lalwani is also a do-gooder, having donated a £10,000 prize she won to a human rights organization. 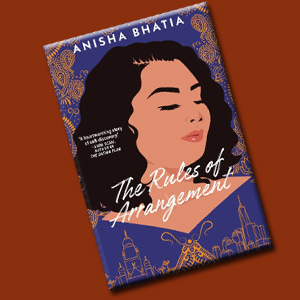 The Rules of Arrangement (Alcove Press) – by Anisha Bhatia. In her debut novel set in Mumbai, Bhatia draws on the “tradition-versus-modernity” discussions familiar to South Asians everywhere. It involves marriage, of course. And almost inevitably, there’s a matchmaking aunt—Sheila Bua, in this case—who fears that the narrator, Zoya Sahni, will be condemned to spinsterhood because, at 26, she’s still single. Bhatia gives the story a fresh spin by making Zoya untypical for a rom-com. Yes, she’s smart and progressive, but Zoya is no beauty and the conflict between freedom and family, whom she loves, becomes very personal. Will she marry or will she opt for that enticing job in New York? Sheila, her Magic Bua, is far from stereotypical, with her own secrets. “When I was with her, I could sit as I wanted, do what my heart desired; I was free to be,” Zoya says, remembering her childhood days. Bhatia, who lives in San Diego, grew up in Bombay, which seems to be another character in this novel. 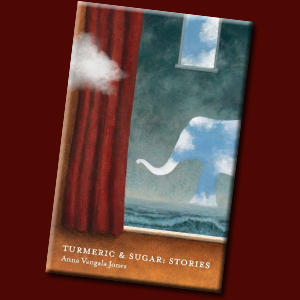 Turmeric & Sugar (Thirty West Publishing) – by Anna Vangala Jones. Equally bitter and sweet, as the title implies, this debut story collection ranges from realism to surrealism, touching on diverse themes: class, immigration, race, family, age, friendship. There are ghosts and an elephant is reborn as a human, but we also see the complicated dynamics between American-born characters and their Indian-born parents. Jones grew up in the U.S., though she was born in India. She has worked for literary journals, and her stories have appeared in Wigleaf, The Rumpus, Fiction Southeast, Catapult, The MacGuffin and elsewhere. “It is incredible how we can illustrate, evoke, imply an entire life or world in a few pages, in a brief series of moments,” she told Tommy Dean, speaking of her attraction to flash fiction. Her stories have won three Pushcart Prize nominations, besides being nominated for Best of the Net and Best Small Fictions. She taught English literature, creative writing and ESL, and has an MA from Teachers College, Columbia University. 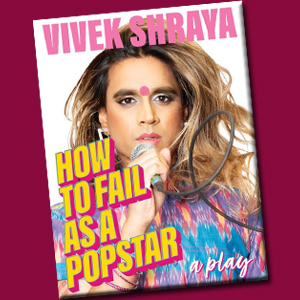 ​How to Fail as a Popstar (Arsenal Pulp Press) – by Vivek Shraya. This author’s other titles, which sound just as intriguing, range from novels (She of the Mountains), stories (God Loves Hair) and poetry (even this page is white) to children’s books (The Boy & the Bindi) and nonfiction (I’m Afraid of Men). Shraya, who identifies as a trans woman, also writes graphic books, and has emerged as a multimedia artist. She has made music albums (Part-Time Woman), exhibited photos and even made five short films. An assistant professor at the University of Calgary, Shraya captures the struggle for artistic fulfillment in her latest work, which began as a one-woman performance in Toronto last year. “The play does not tell us if showing up will lead to greater happiness in life,” notes Brendan Healy, artistic director at Canadian Stage. “But if, like Vivek, you have a life force that is driven by a deep hunger for something more, something bigger, then you need to keep feeding that hunger.”