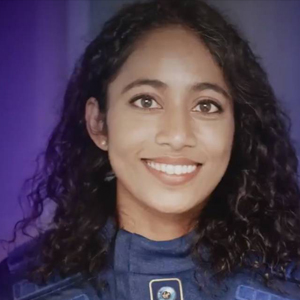 Sirisha Bandla, a research operations and government affairs VP at Richard Branson’s Virgin Galactic, became the third Indian-American to enter space. In July, she joined the colorful Branson and four other colleagues on their successful if short Unity 22 mission, which took them up almost 55 miles to the edge of space. The 34-year-old Bandla, who studied aeronautical engineering at Purdue, did an experiment on board. 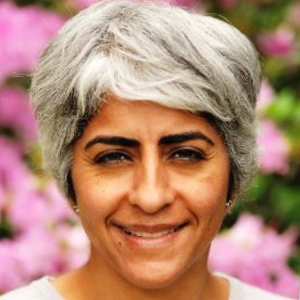 Kiran Ahuja needed VP Kamala Harris’ tie-breaking vote to win confirmation for a high-level post in the Biden administration. She becomes the 13th permanent director of the Office of Personnel Management. Born to Indian immigrants, Ahuja, who grew up in Savannah, GA, was chief of staff in this office in the last two years of the Obama administration. She was also executive director of Obama’s Initiative on AAPI. 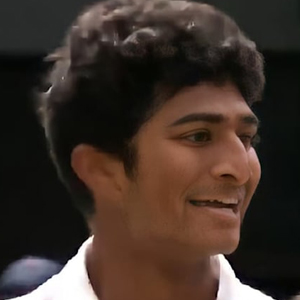 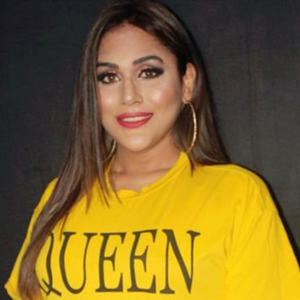 Nikkiey Chawla, who’s been called India’s first transgender model-actress, is treading a path that’s bound to be challenging for any pioneer, especially in a conservative society. Of course, the pandemic has only made things worse for people in the entertainment industry. But the setbacks may be temporary. Chawla, who appeared in shows like MTV Crunch and Ace of Space, underwent sex reassignment surgery. 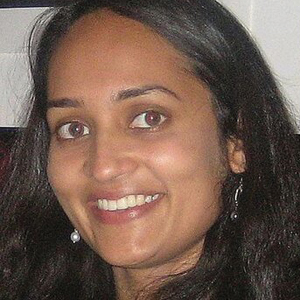 Sindya Bhanoo, who grew up in Atlanta, is the winner of an O. Henry Prize for “Malliga Homes,” a short story that first appeared in Granta. It’s now appearing in The Best Short Stories 2021: O. Henry Prize Winners, selected by Chimamanda Ngozi Adichie. Bhanoo, also a journalist, was a New York Times science reporter. Her debut story collection, Seeking Fortune Elsewhere, will be published by Catapult next year. 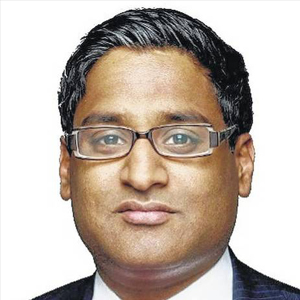 Ramesh Ponnuru, a journalist and columnist who focuses on politics and policy, takes over from Rich Lowry as the editor of National Review, the flagship magazine of the modern conservative movement. It was founded by William F. Buckley Jr. in 1955. Ponnuru, a long-time senior editor and author, is also a Senior Fellow at National Review Institute, and he writes a syndicated column for Bloomberg Opinion. 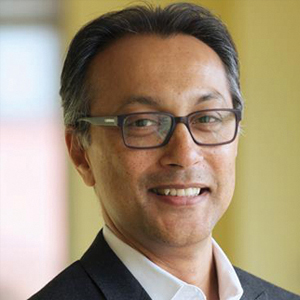 Aniruddha (Ani) Dasgupta takes over as the president and CEO of World Resources Institute, a D.C.-based global research nonprofit that focuses on food, water, forests, energy, cities, climate and oceans. The main goal is sustainability. Dasgupta, who earned graduate degrees in city planning and architecture from MIT, will lead 400 experts at the organization, which also has offices in India, China, Indonesia, Mexico and Brazil. 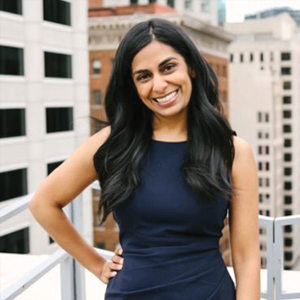 Neha Parikh is the new CEO of Waze, the popular crowd-sourced navigation app, which is owned by Google but kept separate as a community-based GPS navigation app with real-time social networking features. Parikh, who has an MBA from Northwestern’s Kellog School of Management, was most recently president of the travel website Hotwire. Waze, developed in Israel, reaches 130 million users in 50 languages. 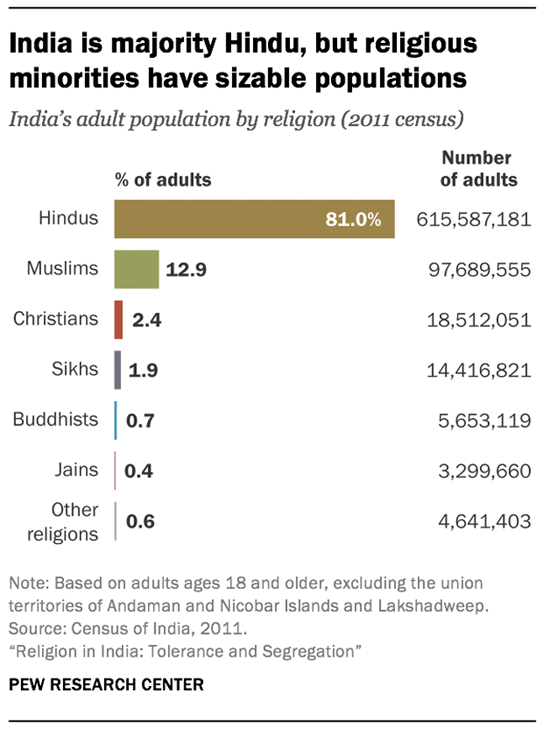 At the same time, the Indian preference for endogamy makes intermarriage uncommon. About two-thirds of Hindus object to Hindus marrying people from other religious groups. It’s even higher among Muslims, with 80 percent saying Muslim women shouldn’t marry outside their community (76 percent for men). A majority of Hindus are also against intercaste marriage, according to the survey. One interesting finding is that more Muslims than Hindus think Partition has had a negative impact on relations between the two communities. Only 30 percent of Muslims think Partition was a good thing for communal relations. It’s 43 percent for Hindus. Most Hindus and Muslims (65 percent for both groups) see communal violence as a big problem. 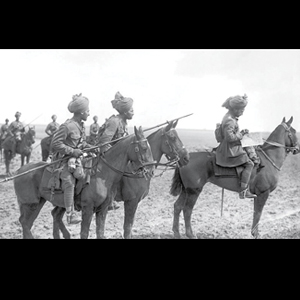 Our experience with Covid reminded us of the flu pandemic of 1918, which had an even higher death toll across the world. Another great disrupter back then was the First World War. While we didn’t have to deal with a war, thankfully, we’re also going through a period of geopolitical change. As for remembrances of the First World War, what’s refreshing now is the increasing acknowledgment of contributions made by non-white combatants. The British Indian Army recruited about 1.5 million soldiers, mostly from the farming communities of northern India, and deployed them in Europe and parts of the Middle East, with perhaps a million serving as combatants. Apart from the war’s brutality, the unfamiliar climate and culture posed challenges for the Sikh, Muslim and Hindu sepoys. But they often fought bravely in the trenches and towns, winning a few thousand medals, including eleven Victoria Crosses. Khudadad Khan was the first Indian recipient of this highest award for military valor.

No other British colony sent more soldiers to the frontlines than India. The casualties were steep—close to 65,000 Indians died before armistice, going by one estimate—and there was fierce fighting in places like Gallipoli, Ypres and Loos. In Neuve Chapelle, over 5000 Indian sepoys were killed in just three days of action. “Cannons, machine guns, rifles and bombs are going day and night, just like the rains [in India],” said Havildar Abdul Rahman in a letter dictated to his family. “Those who have escaped so far are like a few grains uncooked in a pot…” This wasn’t a war, noted another sepoy in his letter; it was the ending of the world. 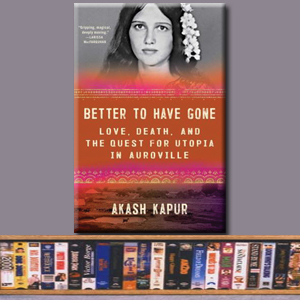 Better to Have Gone (Scribner) – by Akash Kapur. In India Becoming, Kapur examined the nation’s complicated embrace of modernity. In his new book, subtitled “love, death, and the quest for utopia in Auroville,” Kapur zooms in on his community in Pondicherry, where he and his wife, Auralice, grew up. The heart of the book, which William Dalrymple dubbed “a genuine nonfiction classic,” is the intriguing and sad tale of Auralice’s parents, who joined other seekers to help build an idealistic community in Auroville. Auralice’s father, who had an elite American pedigree, and her mother, a native of Belgium, died in quick succession two decades later. That’s the mystery Kapur untangles, though he also tells the story of Auroville and its elusive quest. Kapur and his wife are raising their kids in Auroville. “My father always said, I remember him telling me when I was a boy, ‘You might think we were crazy, but we really believed we could change the world, we thought anything was possible,’” Kapur notes. 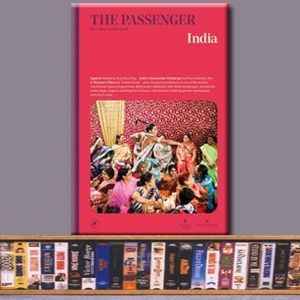 The Passenger: India (Europa Editions). Here’s an anthology that’s tailor-made for the Covid era, allowing readers to travel without their leaving home. They’ll find engaging essays, art and photography, and arresting facts. India produces 20 percent of the world’s milk. Sadly, it also accounts for, by a wide margin, the most deaths while taking selfies. There are also essays by notable Indian writers, including one by journalist Prem Shankar Jha for a more inclusive India. “The guiding philosophy that has underpinned not only the modern Indian state but all the major empires in Indian history . . . is not secularism or even pluralism but religious syncretism,” he writes. Tishani Joshi dwells on the struggle for women’s rights, Susmita Mohanty talks about advances in space exploration, Arundhati Roy takes on caste oppression, and Arunava Sinha reflects on Indian literature. There are also less weightier pieces on food and culture by Anindya Roy, Bollywood’s infatuation with Switzerland by Juhi Saklani, and the rise of female wrestlers by Sonia Faleiro. 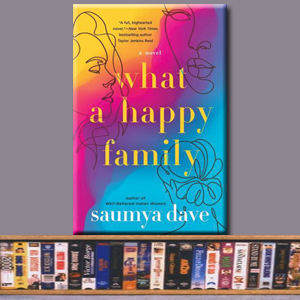 What a Happy Family (Berkley)– by Saumya Dave. This novel by the author of Well-Behaved Indian Women is set in Atlanta, the author’s home territory, though Dave now lives in New York, where she’s a psychiatrist and teaches narrative medicine at Mount Sinai Beth Israel. Unsurprisingly, mental health plays a role in this story involving the Joshis, who’re embodiments of the American Dream, at least outwardly. Indian immigrants Deepak and Bina have successfully reinvented themselves in affluent suburbia, even if Bina had to make career sacrifices. But their children—Suhani, Natasha and Anuj—seem to be derailing in different ways on their journeys. As one of them says, “On the outside, it looks like a scene from one of those cozy Hallmark movies.” It’s an intelligent novel “about the universality of shame, disappointment, and living to please others while simultaneously sharing the unique experiences of a first-generation desi family,” according to Publishers Weekly. Dave and her husband founded thisisforHER, a mental health initiative to help disadvantaged girls and women. 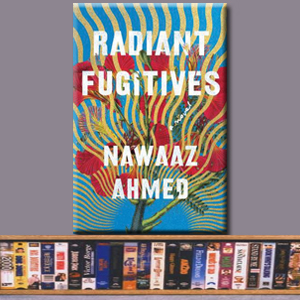 ​Radiant Fugitives (Counterpoint)– by Nawaaz Ahmed. Fiction writers are lauded for pushing boundaries, and for telling stories in innovative ways to make them fresh. Ahmed, in his debut novel, doesn’t shy away from that challenge. Involving three characters—Seema, Tahera and Nafeesa—this family saga unfolds over one week, but what’s unusual is that it’s told from the viewpoint of Seema’s yet-to-be-born child. Set in the Obama era, when Seema is a political activist, the novel brings the family to San Francisco. Tahera and her husband lead a conventional life in Texas, while her sister Seema, a fiercely independent woman, has made choices that alienated not only their mother, who lives in Chennai, but also the devoutly religious Tahera. The author Susan Abulhawa calls the novel “an exquisite tale that explores the contradictions, love, compassion, and forgiveness in a family divided by tradition, sexuality, rivalry, religion, patriarchy, and geography.” Ahmed, a former computer scientist, researched algorithms.