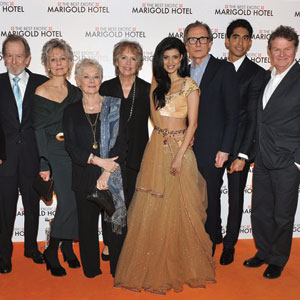 India does not have a Retirement Visa for non-Indians. Not yet, at least. If you wanted to live in Goa, close to the beach, Paul Terhorst puts the estimate at $735 per month. Although it may not seem like a great deal for India, the breakdown he did for Live and Invest Overseas shows that the amount takes care of all basic expenses. While the rent is $250, food costs around $100. The biggest chunk ($300) actually goes to entertainment.

While Goa is attractive to Westerners (and beach lovers), that’s not the only possibility, of course, for retirees in India. In fact, a portal named Retire To India ranks Goa at number four in its ‘10 Best Places to Retire in India.’ Chandigarh holds the top spot, followed by Coimbatore and Dehradun. After Goa we have, in descending order, Himachal Pradesh, Kerala, Mangalore, Mysore, Pondicherry and Pune.

Westerners retiring in India may not be a reality anytime soon, but the tantalizing possibility has been explored in a new film, based on a novel by Deborah Moggach. Called The Best Exotic Marigold Hotel, the film is about a group of British retirees who mistakenly think they’re going to a luxury retirement home in India. Unsurprisingly, it’s a comedy. The cast includes Judi Dench, Maggie Smith, Tom Wilkinson and Bill Nighy, along with Dev Patel of Slumdog fame and Bangalore-born Tena Desae, who started out as a model. Released in Britain last month, it will make it to American theaters in May.