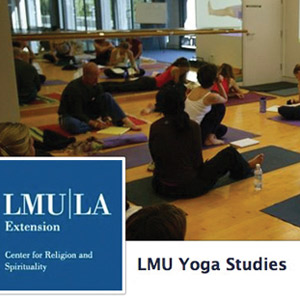 The first International Yoga Day is only a few months away. So it’s appropriate that America’s first batch of M.A. students in yoga studies will be getting ready to graduate this year. In 2013, Loyola Marymount in Los Angles became the first university to offer a graduate degree in this discipline. It’s a rigorous two-year program requiring the study of Sanskrit and several foundational texts, along with the practice of yoga. The course gives students “an understanding of how asana, pranayama, and meditation affect the systems of the human body” and provides familiarity with various yoga anatomy models.

When Prime Minister Modi, in his U.N. speech last year, proposed an International Yoga Day, 177 nations (out of 193 members) approved it, and the U.N. General Assembly, with the support of all five permanent members of the Security Council, implemented it in record time. June 21st was chosen because, as Modi pointed out, this solstice day—considered auspicious in some places—is the longest day in the Northern Hemisphere.

Yoga continues to grow in popularity. Between 2010 and 2012, according to the consultancy Spafinder, the number of Americans doing yoga increased by two million to reach 22 million. Several recent studies have shown how yoga promotes health. At Oxford University, researchers found that the practice of yoga in prisons reduced not just anxiety and depression but also the “impulsivity” that led to aggression. And work done in the U.S.—such as a study by Emma Seppala and others at Stanford University, or the M-Fit program developed by Amishi Jha and Elizabeth Stanley—showed how yoga and meditation benefitted U.S. combat soldiers and veterans. 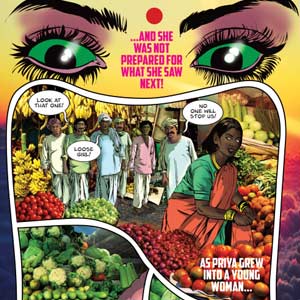 Years ago, when India was wracked by political and religious violence, noted journalist M. J. Akbar wrote about it in Riot after Riot. And now, Rape after Rape could be the title of a new work focusing on another pressing issue in India. Among the initiatives launched to tackle this scourge, one can mention a multimedia project spearheaded by New York-based filmmaker Ram Devineni, who works with an NGO called Apne Aaap Women Worldwide to create awareness of gender violence and find solutions.

Anchoring the project is Priya’s Shakti, an augmented reality (AR) comic book aimed at young males. AR refers to the pop-up features that allow interactivity on a mobile device. Devineni was in India when the infamous Delhi bus rape in 2012 made headlines around the world. While participating in the mass protests, he was dismayed by some of the official reaction. A policeman told him that the victim shared the blame by being indiscreet. Apart from the comic book, other tools for highlighting the issue are workshops, street theater, a documentary film, panel discussions, and social media.

As for Priya, she is inspired by the goddess Parvati to stand up for her rights and fight, not only against sexual violence but also against inequality and societal oppression. The comic book, available as a free download, supplements Priya’s valorous story with real-life tales of anonymous women who have suffered abuse. Devineni wrote Priya’s Shakti with Vikas Menon, and graphic artist Dan Goldman illustrated it. 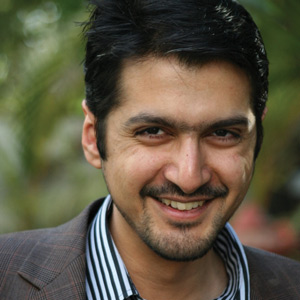 When Ricky Kej and Neela Vaswani won Grammys last month, they joined a small group of illustrious Indian awardees from years past—such as Ravi Shankar, Zakir Hussain, A.R. Rahman, Vishwa Mohan Bhatt. Except that both Vaswani and Kej are Indian-Americans. Born in North Carolina to Indian physicians, Kej moved with them to India at the age of 8 and became a self-taught musician. Rather than pursue dentistry, though he got a degree in it, Kej dabbled in Kannada films and performed with rock bands in Bangalore. For his Winds of Samsara, which won a Grammy in the New Age Album category, Kej collaborated with flautist Wouter Kellerman. 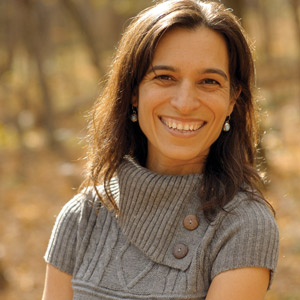 Neela Vaswani, born to an Indian father and Irish mother, is an author and creative writing professor, not a musician. She narrated the audio version of Malala Yousafzai’s I Am Malala: How One Girl Stood Up for Education and Changed the World, and was surprised when it was nominated for a Grammy. Then she went on to win it in the Best Children’s Album category. She has written, besides short stories and prize-winning children’s fiction, a book for adults that combines memoir, history, even fiction. Titled You Have Given Me a Country, this exploration of identity and family won several honors, including the American Book Award. 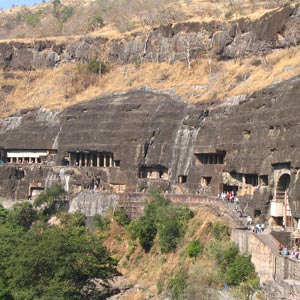 THE DECCAN LINK TO DINOSAURS

Were the dinosaurs wiped out by a six-mile-wide asteroid that crashed in Chicxulub, Mexico, 66 million years ago? That’s far from the whole story. As research stemming from expeditions in India confirms, the Deccan Traps also played a crucial role in the deathblow. Covering a huge area in central and western India, the Deccan Traps were formed by basalt lava flows from volcanic eruptions that began a quarter million years before the asteroid collision and continued for half a million years afterwards. Besides the asteroid, which caused large-scale destruction, there was the steady poisoning of the atmosphere and oceans by chemicals from the volcanic eruptions, leading to the extinction of three-quarters of the planet’s creatures and plants.

While many scientists note that both events were catastrophic, Princeton’s Gerta Keller—who studied the issue extensively—argues that it was the Deccan Traps that became the death trap for dinosaurs.

The basalt lava flows had another effect, though it took millions of years. The magnificent caves of Ajanta and Ellora—a UNESCO World Heritage site—were carved out from the rock formed in the Deccan Traps. 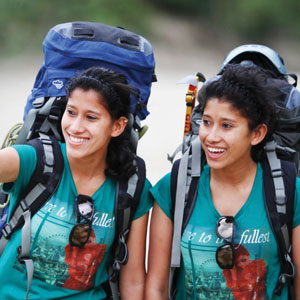 Twin sisters Nungshi and Tashi Malik did what few people anywhere—and no other twins ever—accomplished in their lifetime. By the age of 22, they managed to climb the seven highest mountains on seven continents. It began when their father, retired Col. Virender Singh Malik, encouraged them to enrol in a beginner’s course at the Nehru Institute of Mountaineering. Buoyed by the experience, they took a crack at Mount Everest, the mother of all mountains, and succeeded in reaching the summit. Then one by one, over the past six years, they scaled the following mountains: Kilimanjaro in South Africa, Elbrus in Russia, Aconcagua in Argentina, Carstensz Pyramid in Indonesia, and McKinley in the U.S.

That left Mount Vinson in Antarctica, where the extreme weather and remoteness made it the most daunting ascent of all the summits. But the sisters, formidable in their own way, conquered this final bastion in December last year, earning them a spot in the Guinness Book of World Records. These sisters from Dehradun, with a goal that extends beyond personal glory, are part of a mission that supports the rights of female children in India. Conquering the seven summits of the seven continents is thought to be the ultimate mountaineering achievement. Three decades ago, Richard Bass was the first person to achieve this milestone. But instead of climbing Vinson Massif, Bass went with Australia’s Mt. Kosciuszko. To make things more complicated, Patrick Morrow chose Puncak Jaya in Oceania as the most difficult mountain worth climbing in that region. 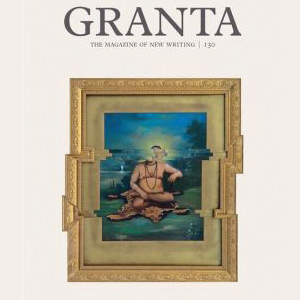 “Pankaj Mishra, Samanth Subramanian, Aman Sethi, Basharat Peer, Ramachandra Guha: these are just a few of the names whose work has punctured the West’s near-monopoly on reportage, biography, popular history, the travel account and the memoir,” writes guest editor Ian Jack in his introduction to the winter 2015 issue of Granta magazine, which focuses on India. Other authors who have put Indian nonfiction in English on the map in recent years include Suketu Mehta, Arundhati Roy, Sonia Faleiro, Amitava Kumar, Siddhartha Deb, and Akash Kapur.

Indian fiction continues to thrive, of course. An example is Deepti Kapoor’s well-received A Bad Character. One of Kapoor’s stories appears in Granta, which also has a story by Atlanta’s Kalpana Narayanan. But it’s nonfiction that seems to be getting more attention these days, whether you pick up Granta or go to a local bookstore. At the Barnes & Noble recently, you’d have seen the following new titles on prominent display: The Seasons of Trouble by Rohini Mohan; The Bullet and the Ballot Box by Aditya Adhikari; Annihilation of Caste by B.R. Ambedkar (with a long introductory essay by Arundhati Roy); and Capital by Rana Dasgupta.

Mohan’s book is about the climax of the Sri Lankan civil war and its aftermath through the lives of three survivors, while Adhikari looks at the Maoist upheaval and its aftermath in Nepal. Gupta’s Capital, subtitled “the eruption of Delhi,” is—like Sam Miller’s earlier account—an in-depth portrait of a global city.

Then there is Atul Gawande’s highly praised Being Mortal: Medicine and What Matters in the End, which hit the number one spot on The New York Times bestseller list in the hardcover category for nonfiction. Also this year, Anand Gopal’s No Good Men Among the Living, which examines the war in Afghanistan through three Afghan lives, was a finalist for the National Book Award in nonfiction. And Vikram Chandra’s Geek Sublime: The Beauty of Code, the Code of Beauty is currently a finalist for the National Book Critics Circle Award in criticism.