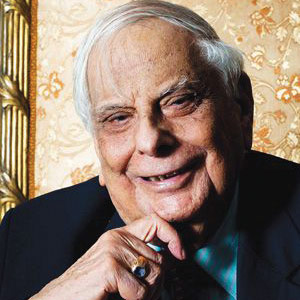 It’s that time again. As another year winds down, the holidays allow us to hit pause so that we can relax and reflect. And remember. In this roundup, Khabar offers an appreciation of a dozen individuals who died in the first eleven months of 201​6. They all gained recognition for their contributions over the years.

WHO: Lt. Gen. J. F. R. JACOB (General)
WHEN he died: January 13, 2016 (Year of Birth: 1923)
WHAT: “Jacob [India’s highest-ranking Jewish officer] had negotiated the surrender of Pakistani troops in Dhaka after the 1971 Bangladesh liberation war when, as Major General, he served as the Chief of Staff of Indian Army’s Eastern Command. Born…in Bengal Presidency under British India, Jacob joined the army at the age of 19 in 1942 and also fought in World War II and the Indo-Pakistan War of 1965 before he retired in 1978.”—Press Trust of India 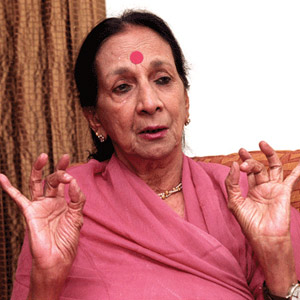 WHO: MRINALINI SARABHAI (Dancer)
WHEN she died: January 21, 2016 (Year of Birth: 1918)
WHAT: “Ms. Sarabhai was one of the first women to perform Kathakali, a classical dance form based on Hindu epics that was usually performed by all-male troupes in elaborate makeup and costumes. She was also among a group of contemporaries who introduced wider audiences to Bharatanatyam, a dance form that had traditionally been presented in temples by women who were promised to Hindu gods. As a choreographer, Ms. Sarabhai often deviated from the typical subjects of classical dance to tackle injustice.” —The New York Times 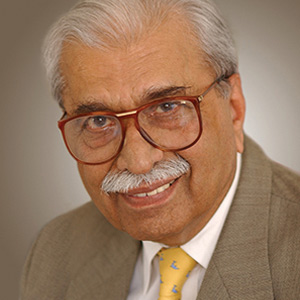 WHO: NOSHIR H. WADIA (Neurologist)
WHEN he died: April 10, 2016 (Year of Birth: 1925)
WHAT: “Wadia was universally regarded as the founder of contemporary Indian neurology…During his tenure at Sir J.J. Group of Hospitals, Wadia noticed that the prevalence of neurological diseases was different from what he had seen during his training in England. An astute clinician, he diagnosed entities such as manganese poisoning in miners, myelopathy associated with congenital atlantoaxial dislocation, tuberculous spinal meningitis, and Wilson’s disease.”—World Neurology 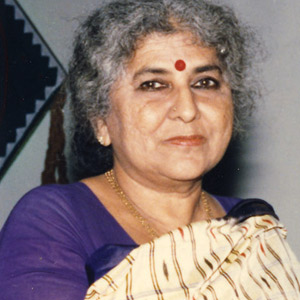 WHO: VINJAMURI SEETHA DEVI (Musician)
WHEN she died: May 17, 2016 (Year of Birth: 1924)
WHAT: “A woman of many talents, [Seetha Devi was] a singer, music composer, musicologist, author, and expert in playing harmonium. Above all it was she who introduced folk music, first in her light music concerts way back in 1929 when both the genres were looked down upon by the pundits and exponents of Carnatic music. A child prodigy, she cut her first gramophone record at 8.”—The Hindu 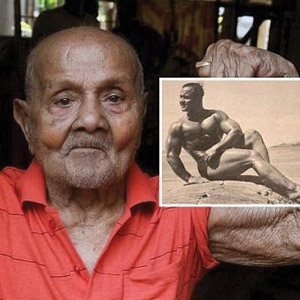 WHO: MANOHAR AICH (Bodybuilder)
WHEN he died: June 5, 2016 (Year of Birth: 1912)
WHAT: “Mr. Aich [aged 104 when he died] was the first Indian to become Mr. Universe in 1952, five years after the country’s independence. The 1.49m (4ft 10in) tall bodybuilder was popularly known as ‘Pocket Hercules.’ He began his career as a stunt man performing with a famous magician and would often enthrall the audience by bending steel with his teeth or resting his belly on swords. Mr. Aich, who once stood for election and lost, gave his last performance at the age of 89.”—BBC 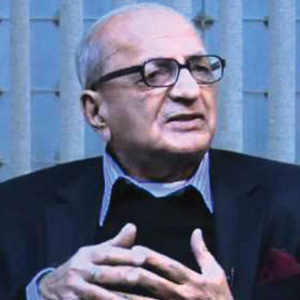 WHO: INDER MALHOTRA (Journalist)
WHEN he died: June 11, 2016 (Year of Birth: 1930)
WHAT: “He had served as the Resident Editor of The Statesman from 1965-1981 and Resident Editor of The Times of India from 1978-1986. He was also the India correspondent for the The Guardian newspaper from 1965-1995. He had authored a biography of former Prime Minister Indira Gandhi. Since 1986, he was a distinguished columnist, contributing to various leading dailies and periodicals in India and abroad.”—The Sunday Guardian 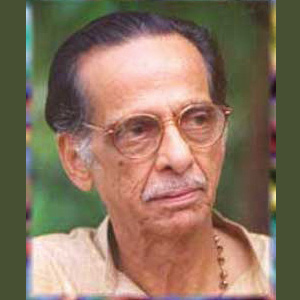 WHO: K. N. PANICKER (Dramatist)
WHEN he died: June 26, 2016 (Year of Birth: 1928)
WHAT: “A multifaceted personality who carved his niche in divergent fields, Panicker, popularly known as Kavalam, was a well-established poet, lyricist, and theatre director. Untouched by Western influence in his dramas, Kavalam had evolved a unique theatre training system with Indian perspective. His plays were known for their Indian narrative mode, usage of ethnic languages, and rural flavor. Shakunthalalam, Karnabharam, and Vikramorvasheeyam were among the Sanskrit dramas he adapted and gave life on the stage.”—Daily News & Analysis 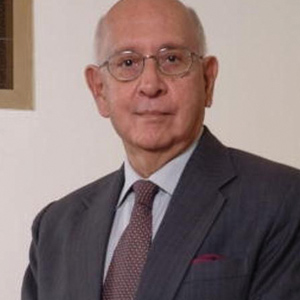 WHO: XERXES DESAI (Executive)
WHEN he died: June 27, 2016 (Year of Birth: 1937)
WHAT: “Desai is credited with introducing the country to its first quartz watch three decades ago. He also dramatically changed the retail landscape of the country with Titan, and later Tanishq, showrooms. Desai joined Tata Administrative Service (TAS) in 1961 after graduating from Oxford University. The Tata veteran worked with Tata Press, Tata Chemicals, and Taj Hotels before setting up Titan in 1986 with support from the Tamil Nadu government.”—The Times of India 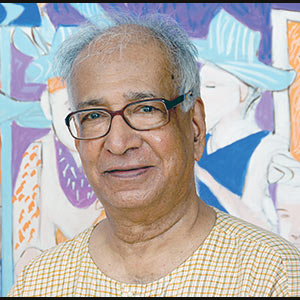 WHO: K. G. SUBRAMANYAM (Artist)
WHEN he died: June 29, 2016 (Year of Birth: 1924)
WHAT: “Subramanyan lived in Baroda and worked as a painter, sculptor, muralist, print maker, and author of children’s books….Over his six-decade career, Subramanyan was inspired by folk art and cubism. He would pull motifs from India’s various artistic traditions and reinvent them in contemporary contexts. He worked as a professor and lecturer and wrote extensively about Indian art. Subramanyan was awarded the Padma Vibhushan (2012), Padma Bhushan (2006), and Padma Shri (1975).”—Artforum 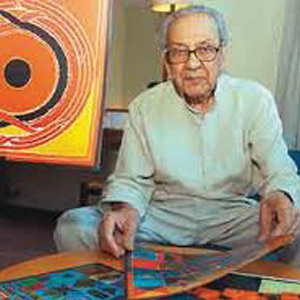 WHO: S. H. RAZA (Painter)
WHEN he died: July 23, 2016 (Year of Birth: 1922)
WHAT: “Most popular for his fascination for the bindu, he also explored themes of prakriti (nature), kundalini (primal energy) and tribhuj (triangle)…He spent a majority of his life in France where he was conferred in 2015 the Commandeur de la Legion d’Honneur, the highest French honor for his artistic contributions…His painting Saurashtra sold for Rs 15.9 crore ($2.3 million), and La Terre was sold for Rs 18.8 crore ($2.7 million).”—India Today 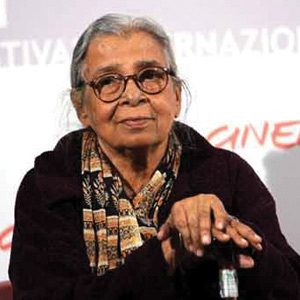 WHO: MAHASWETA DEVI (Author)
WHEN she died: July 28, 2016 (Year of Birth: 1926)
WHAT: “Goaded by an inner voice—which she referred to as ‘the person sitting within’—she wrote over 100 novellas and short stories peopled by the poorest Indians. Her subjects were the cycle rickshaw puller and the bricklayer working on boiling city streets, farmers threatened by factories, peasant communist guerrillas wielding sickles against the State and impoverished wet nurses hired out to suckle wealthy babies. Above all, Adivasis were her great love....”—The Economist 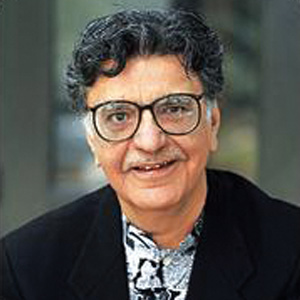 WHO: BRAJ KACHRU (Linguist)
WHEN he died: July 29, 2016 (Year of Birth: 1932)
WHAT: “Through half a century of meticulous scholarship and energetic advocacy, Kachru demonstrated that the non-native Englishes were rule-governed systems, shaped by natural evolutionary processes of second language learning and multilingual creativity, and vibrant expressions of distinct cultural identities. As such, he argued, they should not be judged with reference to native speaker standards…Today, ‘World Englishes,’ the field of study he pioneered and dominated, is a burgeoning discipline, with a world-wide following.”—The Linguist 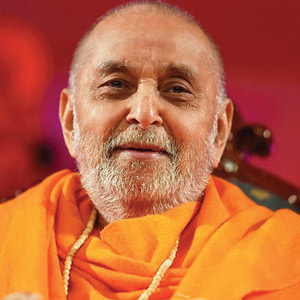 WHO: PRAMUKH SWAMI MAHARAJ (Guru)
WHEN he died: August 13, 2016 (Year of Birth: 1921)
WHAT: “In addition to his concern for the religious life of the sect, Pramukh Swami Maharaj encouraged its social work. He campaigned against tobacco, alcohol, and drugs. He made sure Swaminarayan volunteers were active in relief and rehabilitation after two big earthquakes in India. He instituted a woman’s wing of the Swaminarayan BAPS institute. He was responsible for the construction of 1,000 temples in India and 125 in other countries.”—The Guardian 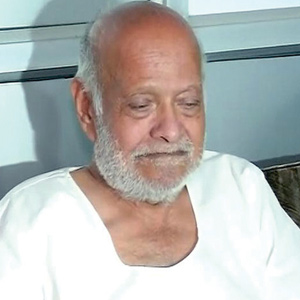 WHO: KANU RAMDAS GANDHI (Gandhian)
WHEN he died: November 7, 2016 (Year of Birth: 1929)
WHAT: “A former NASA scientist, Kanu was the energetic little boy who led his grandfather, Mohandas Karamchand Gandhi, holding his stick on the beaches of Gujarat’s Dandi village during the historic Salt Satyagraha of March-April 1930. The picture has been etched in public memory for over eight decades and even immortalized in memorials on the Salt Satyagraha at Mumbai’s Juhu Beach and several other parts of the country.”—The Huffington Post 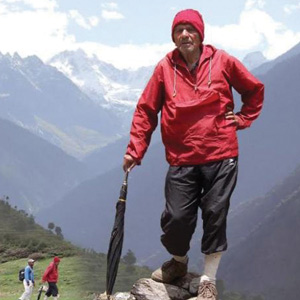 WHO: N. K. MAHAJAN (Adventurer)
WHEN he died: November 8, 2016 (Year of Birth: 1920)
WHAT: “In 2008, when he was 88 years old, he became the oldest person to go parasailing in the country and got an entry in the Limca Book of Records. At 91, he crossed a 500 feet deep and 150 feet long valley at Duke’s Nose, Lonavala. He received many awards for his accomplishments in the field of mountaineering and trekking...After doing yoga, he would go for a 10 km walk, which included climbing the Parnkuti Hill in Yerwada.”—The Indian Express