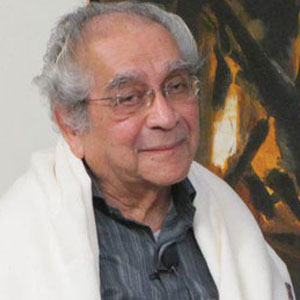 It’s that time again. As another year winds down, the holidays allow us to hit pause so that we can relax and reflect. And remember. In this roundup, Khabar offers an appreciation of a dozen individuals who died in the first eleven months of 2020. They all gained recognition for their contributions over the years.

WHO: AKBAR PADAMSEE (Painter)
WHEN she died: January 6, 2020 (Year of Birth: 1928)
WHAT:“Padamsee was perhaps one of the most underrated associates of the famed Progressive Artists Group for a long time. Still a student at Mumbai’s Sir J J School of Art when S. H. Raza reportedly spotted his talent, he was with Raza in Paris in the early 1950s, famously holding his first exhibition in Paris at Galerie Saint Placide in 1952. Best known for his Grey Series, Metascapes and Mirror Images, Padamsee experimented with a variety of mediums . . .”—The Indian Express 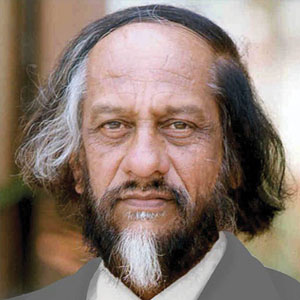 WHO: RAJENDRA PACHAURI (Climatologist)
WHEN she died: February 13, 2020 (Year of Birth: 1940)
WHAT:“He chaired the Intergovernmental Panel on Climate Change panel from 2002 until he resigned in 2015 after an employee at his research firm accused him of sexual harassment. The IPCC and the former U.S. vice-president Al Gore were awarded the 2007 Nobel for their efforts to expand knowledge about anthropogenic climate change and lay the foundations for counteracting it.”—The Guardian 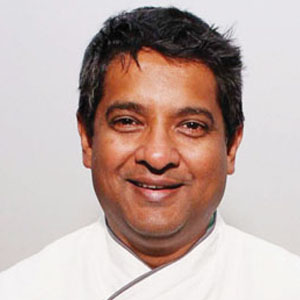 WHO: FLOYD CARDOZ (Chef)
WHEN he died: March 25, 2020 (Year of Birth: 1960)
WHAT: “Mr. Cardoz was the first chef born and raised in India to lead an influential New York City kitchen, at Tabla, which he and the restaurateur Danny Meyer opened in the Flatiron district of Manhattan in 1998 . . . After winning the culinary competition television show Top Chef Masters in 2011 with a variation on upma, a South Indian breakfast staple, Mr. Cardoz became a celebrity son of India.” —The New York Times 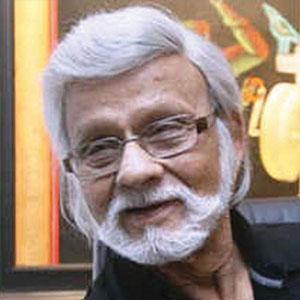 WHO: SATISH GUJRAL (Painter)
WHEN he died: March 26, 2020 (Year of Birth: 1925)
WHAT: “Gujral, who was awarded the Padma Vibhushan, India’s second highest civilian honour, was an architect, painter, muralist, sculptor and graphic artist. His artworks were heavily inspired by the turbulence of his early years, including the illness that impaired his hearing as a child and the Partition of the subcontinent . . . Gujral’s familiar works include the alphabet mural on the outside wall of the Delhi High Court.”—Press Trust of India 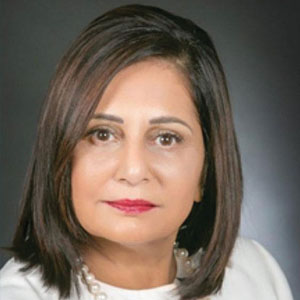 WHO: GITA RAMJEE (Scientist)
WHEN he died: March 31, 2020 (Year of Birth: 1956)
WHAT: “Ramjee was the chief scientific officer of the Aurum Institute, a nonprofit organization based in Johannesburg that focuses on HIV and tuberculosis research, and had just returned from a symposium in the UK when she became ill with the virus . . . Ramjee received the Outstanding Female Scientist award from the European and Developing Countries Clinical Trials Partnership in 2018 in recognition of her work on HIV prevention.”—The Scientist 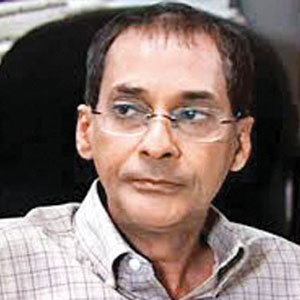 WHO: RANJIT CHOWDHRY (Actor)
WHEN he died: April 15, 2020 (Year of Birth: 1955)
WHAT: “Son of renowned theatre actor Pearl Padamsee and step son of ad man Alyque Padamsee . . . Chowdhry made his debut with Khatta Meetha in 1978. He appeared in Hindi films like Khubsoorat, Bandit Queen, Kaante, Mira Nair’s Mississippi Masala and Deepa Mehta’s Fire and Bollywood/Hollywood, among others. His last reported film role is Breakaway in 2011, an Akshay Kumar production, which was dubbed in Hindi as Speedy Singh.”—Deccan Herald 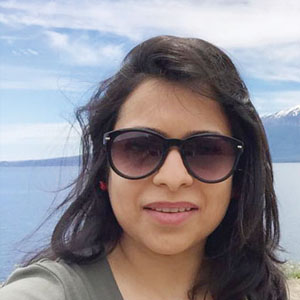 WHO: GARIMA KOTHARI (Restaurateur)
WHEN he died: April 26, 2020 (Year of Birth: 1985, most likely)
WHAT: “She bid farewell to the life of investment banking in her native India (she’d later call the corporate world ‘too cold’) after realizing her life’s great love was food. In 2010, Kothari entered MasterChef India, making the top 15. Following that experience, she decamped for Paris and attended Le Cordon Bleu, where she received her pastry diploma in 2013. She then moved to America, working as a pastry chef in Jacksonville, Florida, before heading north to New Jersey in 2015.”—Eater 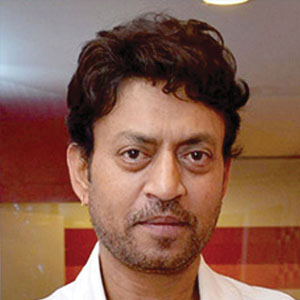 WHO: IRRFAN KHAN (Actor)
WHEN he died: April 29, 2020 (Year of Birth: 1967)
WHAT: “After playing mainly supporting and character roles for more than a decade, he broke into leading roles in the early 2000s, starring in and winning his first award for the 2004 film Haasil. He quickly gained national recognition in the following years, with roles in other award-nominated and winning films like Life In A...Metro and The Lunchbox. He rose to international fame when he played a police inspector in Slumdog Millionaire, which won eight Academy Awards and seven BAFTA Awards.”—CNN 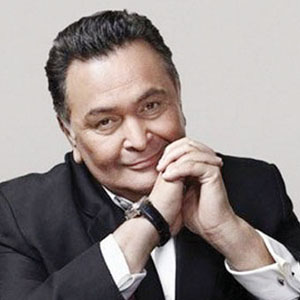 WHO: RISHI KAPOOR (Actor)
WHEN he died: April 30, 2020 (Year of Birth: 1952)
WHAT: “He started his career early, as a child actor in his father’s film Mera Naam Joker (1970), for which he also won a Filmfare Award. His first role as an adult came in the iconic Bobby (1973) opposite Dimple Kapadia. He also received the Filmfare Best Actor Award in 1974 for the film. He went on to play the romantic lead in 92 films between 1973 and 2000, and was awarded the Filmfare Lifetime Achievement Award in 2008.”—Hindustan Times 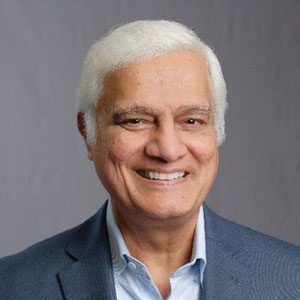 WHO: RAVI ZACHARIAS (Christian Apologist)
WHEN he died: May 19, 2020 (Year of Birth: 1946)
WHAT: “Ravi Zacharias International Ministries (RZIM) has opened an investigation into allegations that its late founder and namesake sexually harassed multiple massage therapists who worked at two day spas he co-owned . . . During his ministry career, the renowned apologist— who died in May at age 74 from cancer in his sacrum—spoke of chronic back pain resulting from a spine injury in 1985. He said he managed the pain with massage and physiotherapy.”—Christianity Today 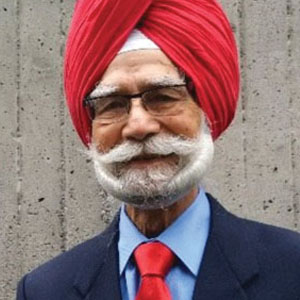 WHO: BALBIR SINGH SR. (Hockey Player)
WHEN he died: May 25, 2020 (Year of Birth: 1923)
WHAT: “A member of India’s Olympics teams from 1948 to 1956, Balbir Singh also captained the side and is considered one of the best centre-forwards of all time. He was also the manager of the only World Cup-winning Indian side (1975), the first sportsperson to be awarded the Padma Shri (1957) and the lone Indian and hockey player to be included in the IOC’s Olympic Icons, a select group of 16 all-time Olympic greats honoured during the London Olympics.”—The Hindu 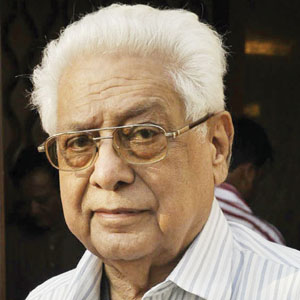 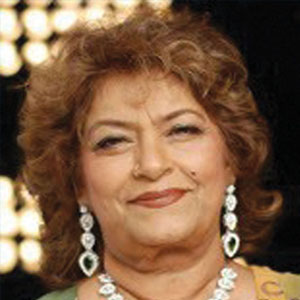 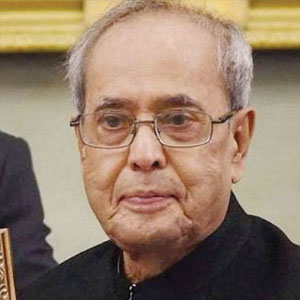 WHO: PRANAB MUKHERJEE (President)
WHEN he died: August 31, 2020 (Year of Birth: 1935)
WHAT: “Mukherjee served as India’s 13th President from 2012 to 2017 [and] had been a Cabinet minister in the United Progressive Alliance government, handling the portfolio of external affairs and finance on separate occasions. He was also the finance minister in the Indira Gandhi government from 1982 to 1984 and the external affairs minister in the Narasimha Rao government from 1995 to 1996. In 2019, he was awarded the Bharat Ratna, India’s highest civilian award.” —Scroll 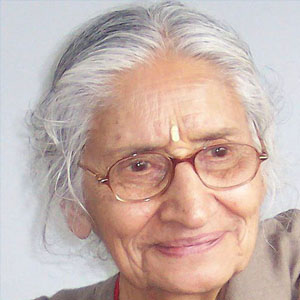 WHO: KAPILA VATSYAYAN (Arts Scholar)
WHEN he died: September 16, 2020 (Year of Birth: 1928)
WHAT: “Vatsyayan, a former member of parliament and lifetime trustee of the Indian International  Centre (IIC), has been described as the ‘grand matriarch’ of cultural research. Apart from being a dancer—trained in Kathak and Manipuri—and scholar, she also advised several governments . . . She held several posts in the Government of India and in institutions such as the Sangeet Natak Akademi and the Indira Gandhi National Centre for the Arts, which she helped establish.”—The Wire 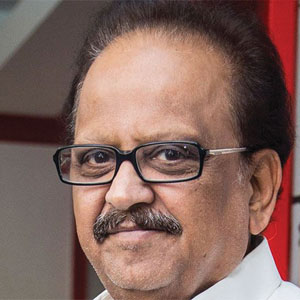 WHO: S. P. BALASUBRAHMANYAM (Singer)
WHEN he died: September 25, 2020 (Year of Birth: 1946)
WHAT: “In his career spanning five decades, he had recorded over 40,000 songs in several languages. In his long career, he had won several awards and accolades for his mellifluous voice. In fact, he had won the Guinness World Record for recording the highest number of songs. He had been conferred National Award for Best Male Playback Singer six times and had bagged Nandi Awards in Telugu cinema 25 times.”—India Today 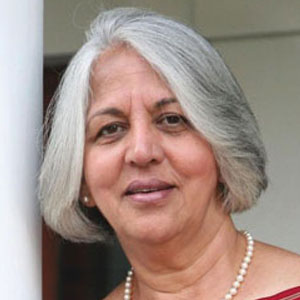 WHO: ISHER JUDGE AHLUWALIA (Economist)
WHEN he died: September 26, 2020 (Year of Birth: 1945)
WHAT: “[She was] chairperson of the Indian Council for Research on International Economic Relations (ICRIER), a post she had held since 2005 . . . In later years, she wrote extensively on urban infrastructure issues. She commuted easily between the world of work, and the power world she inhabited with her husband and former Planning Commission deputy chairman Montek Singh Ahluwalia, and leaves behind many friends in both.”—The Economic Times 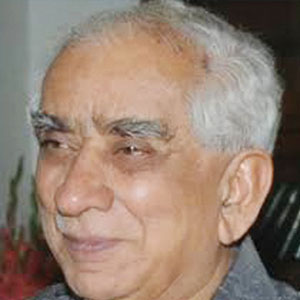 WHO: JASWANT SINGH (Minister)
WHEN he died: September 27, 2020 (Year of Birth: 1938)
WHAT: “Jaswant Singh was a retired officer of the Indian Army and was one of the founding members of the Bhartiya Janata Party. He held the defence, external affairs and  finance portfolios in Vajpayee government’s different ministries from 1996-2004. He first served as the finance minister in the shortlived Atal Bihari Vajpayee government in 1996. He was appointed as external affairs minister in the next Vajpayee-led government (1998-2002).”—The Times of India 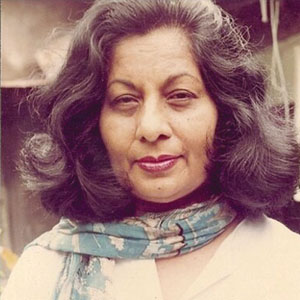 WHO: BHANU ATHAIYA (Costume Designer)
WHEN she died: October 15, 2020 (Year of Birth: 1929)
WHAT: “From Mumtaz’s tightly draped, flaming orange sari in Brahmachari to Sridevi’s styling in Chandni, Bhanu Athaiya crafted some of Indian cinema’s most iconic looks. India’s first-ever Oscar honoree—she won the Academy Award for Best Costume Design for Richard Attenborough’s  Gandhi (1982), along with John Mollo—Athaiya would leave her indelible and distinctive imprint on over 100 films, until 2004’s Swades, her last credited movie.”—Firstpost 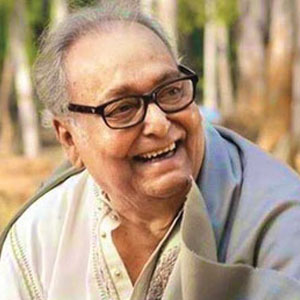 WHO: SOUMITRA CHATTERJEE (Actor)
WHEN she died: November 15, 2020 (Year of Birth: 1935)
WHAT: “Chatterjee’s film debut, The World of Apu (1959), was the third part of Ray’s celebrated Apu Trilogy that began with Cannes-winner Pather Panchali in 1955 and continued with Venice- winner Aparajito in 1956. The film began a fruitful association with Ray . . . In 2012, he was accorded India’s highest film honor, the Dadasaheb Phalke Award, and in 2018 the French government conferred upon him its highest civilian award, the Legion of Honor.”—Variety