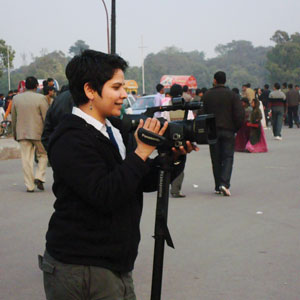 Novelist Kiran Desai, academician Indira Viswanathan Peterson, filmmaker Sonali Gulati, and neuroscientist Charan Ranganath are among the 175 recipients of the 2013 Guggenheim Fellowship. They were chosen from a pool of almost 3000 applicants.

Desai is the author of Hullabaloo in the Guava Orchard and The Inheritance of Loss, which won the 2006 Man Booker Prize and the National Book Critics Circle Award. For her next, yet-to-be-released novel, titled The Loneliness of Sonia and Sunny, Desai reportedly got a $2.5 million advance from Knopf after submitting a four-page proposal.

Gulati teaches film and photography at Virginia Commonwealth University. Her short, widely screened films include Nalini by Day, Nancy by Night, which focuses on outsourcing, and I Am, which won 13 awards. Her other works are Name I Call Myself, Barefeet, Sum Total, and Where Is There Room?

Viswanathan, a professor of South Asian studies at Mount Holyoke College, specializes in Sanskrit and Tamil literature. Her Poems to Siva was the first translation of Shaiva devotional hymns in Tamil. She is working on a book called Imagining the World in Eighteenth-Century India. A scholar since the ’70s, she received her Ph.D. in Sanskrit and Indian studies from Harvard.

Ranganath, a professor of neuroscience at the University of California, Davis, focuses on the neurocognitive structure of memory and executive control. His research suggests that a common neural system supports both our working memory and long-term memory tasks. To learn how different regions of the brain contribute to working and long-term memory, he is studying adults with normal brains and patients with focal brain damage.