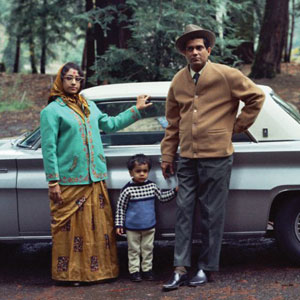 A groundbreaking exhibit titled “Beyond Bollywood” at the Smithsonian did get some decent reviews, but some Indian-Americans who saw it weren’t thrilled.

The gaps drew negative comments, but so did the title. Well, notwithstanding Bollywood’s popularity, wasn’t it a good idea to look beyond its clichéd appeal? As for the gaps, the organizers note they only had 5000 square feet. In any case, this is just the first phase of an evolving exhibit. Visitors can decide for themselves when they go to Washington’s National Museum of Natural History, where the exhibit will remain till August 15, 2015. A 45-minute guided tour is available, and for those who cannot make it to D.C., there’s a digital preview.

Given the growing Indian-American population, now exceeding 3.2 million, mounting a small exhibit would have been a tall order. What emerges, inevitably, is a people’s portrait. You see pioneers, ordinary families, activists, musicians and dancers, scientists, cab drivers, yoga gurus, spelling bee champs—all of whom embrace America, even as they hold on to India in varying degrees. And there’s more, from worship and work to food, festivals, and fashion.

According to the exhibit blog, there are also displays you won’t expect to see—such as: (1) Rappers (2) LGBT rights activists (3) Multiracial families (4) Feminist art (5) Athletics (6) An astronaut (7) Christians (8) Civil rights activists (9) Non-Indians (10) The undefined and the self-defined, an example being D’Lo, the Sri Lankan-born musician, comedian, and activist.