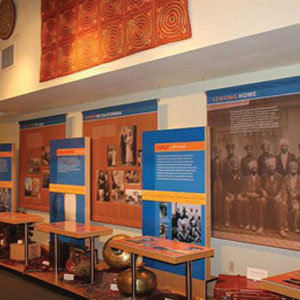 A multimedia Smithsonian initiative called Homespun aims to celebrate the American saga of migrants from India. Meanwhile, we already have a permanent exhibit that commemorates the legacy of Punjabi and other immigrant pioneers. Called “Becoming American,” it was unveiled earlier this year in Yuba City, California, at the Community Memorial Museum of Sutter County. This collection, put together with the help of the Punjabi American Heritage Society, retraces the historic journey of mostly Sikh residents of California and the Pacific Northwest. Their struggles to overcome discrimination—along with their everyday lives and eventual triumphs—are captured by documents, newspaper accounts, photos, cultural artifacts, posters and other memorabilia.

Yuba City today has one of the highest unemployment rates in the nation. In the 19th and early 20th centuries, however, the opportunities for work, especially in the farmlands, attracted many settlers from Mexico and Asia. Even today, there’s a sizeable Sikh population in that region—and Yuba City is known for its annual Sikh parade, which attracts participants from different parts of the world. Japanese-Americans got included in the museum exhibit last year. Next in line are two other groups that played a major role as pioneers in the region: Chinese-Americans and Mexican-Americans.