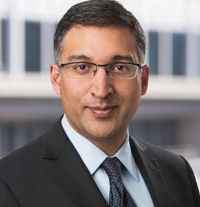 1. Neal Katyal, a law partner and Georgetown professor, has argued more Supreme Court cases than any other minority attorney in U.S. history. The American Lawyer named Katyal as the 2017 Litigator of the Year. He served as Acting Solicitor General in whose administration?
(A) Bill Clinton (B) George W. Bush (C) Barack Obama (D) Donald Trump

2. The ‘Samosa Caucus’ in Congress includes Senator Kamala Harris and four Representatives: Ami Bera, Pramila Jayapal, Ro Khanna, and Raja Krishnamoorthi. While Harris, Bera, and Khanna are from California, and Jayapal from Washington, where is Krishnamoorthi from?
(A) New York (B) Illinois (C) Florida (D) Ohio

3. Raashi Kulkarni, whose latest album is titled Raashi, is a Los Angeles-based pianist and film composer. She composed the original score for the 2016 film Coming Out. What’s the name of the film for which a well-known Indian musician’s original score won an Academy Award?
(A) Gandhi (B) Life of Pi (C) Slumdog Millionaire (D) 127 Hours

4. Bollywood screenwriter Supriya Kelkar, in her recent novel for middle schoolers, Ahimsa (Tu Books), writes a story that was inspired by Gandhi’s philosophy of nonviolence and by her great-grandmother’s role in India’s freedom struggle. Gandhi was assassinated in which year?
(A) 1945 (B) 1948 (C) 1955 (D) 1958

6. Over 20 percent of the U.S. population speaks a foreign language at home, according to an American Community Survey. Hindi is in the top 10, and among South Asian languages in this nation, it’s the most widely spoken. What’s the next most popular South Asian language here?
(A) Gujarati (B) ​Tamil (C) Urdu (D) Bengali

7. Saru Jayaraman, described by Bloomberg Businessweek as an “Alt-Labor Leader Fighting for Fair Pay…,” appeared on stage at the Golden Globe Awards with the comedian and actress Amy Poehler. Jayaraman, a Yale-trained attorney, is a notable activist for workers in which industry?
(A) Restaurant (B) Garment (C) Film (D) Construction

8. Newton, India’s entry for an Academy Award in the Best Foreign Language Film category, is a dramedy in Hindi about a government clerk. It was directed by Amit Masurkar. Over the years, three Indian films have won a nomination in this category—but how many won an Oscar?
(A) None (B) One (C) Two (D) Three

9. Nambi Seshadri, Quantenna’s chief technologist and a professor at UC-San Diego, won the 2018 Alexander Graham Bell Medal for contributions to wireless, networking, and engineering. This annual award was established in 1976, a hundred years after Bell invented which product?
(A) Telegraph (B) Television (C) Typewriter (D) Telephone 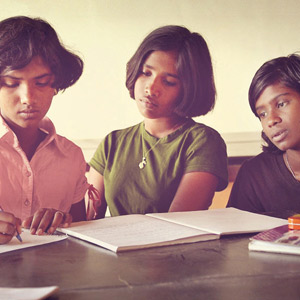 Perhaps you’ve watched Vanessa Roth’s Daughters of Destiny, a well-received docuseries on Netflix. Its focus is an innovative, all-expenses-paid school for Dalit children in rural India, made possible by the Shanti Bhavan Children’s Project, established in 1997 by Indian-American entrepreneur Abraham George. The project almost collapsed a decade ago. His investments had “literally evaporated” after some major mistakes, George told New York University’s The Gould Standard. But the project is thriving now because, as he added, “in the last five years or so, the NRI population in the U.S. has been especially giving.” Sunil Wadhwani agrees. A tech entrepreneur and philanthropist, he launched the Wadhwani Initiative for Sustainable Healthcare (WISH). At a panel discussion in Pittsburgh, Wadhwani estimated Indian-American philanthropic spending in India at $100 to 200 million, and he believes there’s room for growth.

This giving extends to the U.S., especially in education. Take the case of notable philanthropists Drs. Kiran and Pallavi Patel. Their donation to the Nova Southeastern University in Florida is $200 million, of which $50 million is a direct contribution and the remainder an investment for a medical complex in Clearwater. And in India, to give one more example, Indian-American Manoj Bhargava’s Billions in Change showcases four inventions for improving life in rural India: (1) HANS Power Pack, a portable and pollution-free electricity generator that’s easily rechargeable. (2) Rainmaker Filtration Unit, which converts dirty water into clean water using a safe method. (3) A solar charging solution. (4) Shivansh, a cost-free method for making fertilizer from waste. 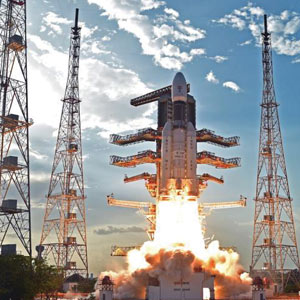 “A world record 104 satellites at one go in February, four rockets in four months, indigenous cryogenic engines with heavy-lift capability…why does ISRO [Indian Space Research Organization] tick where almost every other government department fails in India?” asked Outlook magazine last year. Two of those satellites (or nanostats, each weighing less than 20 lbs.) launched by ISRO were Indian, the rest being from other nations, including the U.S., Israel, Switzerland, and the U.A.E. Since then, ISRO has marked another milestone: In January this year, it launched India’s 100th satellite from a PSLV (Polar Satellite Launch Vehicle) in Sriharikota. Again, satellites from other nations were included, and while most were nanostats or microstats, the primary satellite was India’s Cartostat-2. In 2014, there was the famous Mars Orbiter Mission (Mangalyaan), which made news around the world because India became only the fourth nation to do it. And it was done on a shoestring budget of $73 million. NASA’s 2013 Mars mission, which no doubt accomplished more, reportedly cost $671 million.

ISRO’s list of accomplishments go back many years, starting with the launch of its first satellite, Aryabhata, which it did with the Soviet Union’s help in 1975. Other successes include Chandrayaan-1, a lunar orbiter launched in 2008, which is to be followed by another mission to the moon (Chandrayaan-2) this year. Not bad for an Indian government agency that was established in 1969, less than a month after two Americans, Neil Armstrong and Buzz Aldrin, became the first humans to walk on the moon. Outlook, in response to its question, mentions worth ethic as an answer to ISRO’s achievements. One could add grit, talent, and ambition. 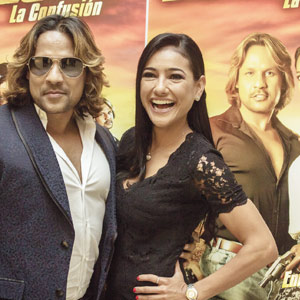 If you think Indian popular culture in this hemisphere is spreading beyond North America, you’re not wrong. In a first for an Indian broadcaster, a Bollywood channel called Zee Mundo was launched in Latin America. Currently, it’s available in Mexico and Ecuador. Going beyond the usual subtitles, the selected films—Shah Rukh Khan is a favorite, as is Deepika Padukone—are dubbed into Spanish for the viewers. Prabhakar Sharan, though, is not waiting for anybody to launch him. He starred in Enredados: La Confusión, a Costa Rican film that he also wrote and co-produced. Crew members include Latin Americans and Indians. The English title of this Spanish thriller made in the style of a Bollywood masala film would be Entanglement: The Confusion. Sharan’s co-star is a well-known Costa Rican television figure named Nancy Dobles—and in case you’re wondering, Sharan plays the role of a Costa Rican hero, not an Indian migrant. Nevertheless, the theme of migration is very much on his mind. His next film, Borders without Life, will focus on migrants who take extraordinary risks to find a better life in another country.

Sharan also took a big risk, and succeeded beyond expectations. After arriving in Costa Rica from Bihar, first as a student, Sharan tried his hand in the retail and restaurant industries. When his businesses failed (as did his marriage to a Costa Rican), he returned to India. But Bollywood didn’t welcome him. He went back to Costa Rica—and as they say, the third time’s a charm. He hooked up with a philanthropist who agreed to support his project. Not only did Sharan break into the film world, but he’s married again…yes, to another Costa Rican woman. 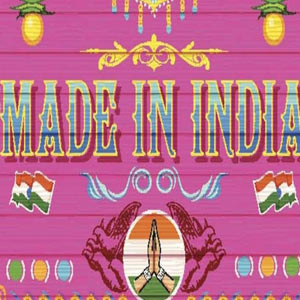 People who think Peter England is a British brand can hardly be faulted for being mistaken. What sounds more English? But it’s actually an Indian brand, and you don’t have to be a slick marketer to realize why that name is enticing to brand-conscious consumers. Indian manufacturers have long recognized the cachet of ‘phoren’ (read ‘Western’) brands among upwardly mobile, increasingly affluent urbanites in India. Peter England, owned by Aditya Birla Group’s Madura Garment, is firmly established in India’s fashion and lifestyle retail environment. Then there’s American Swan, which would puzzle many American consumers. They’d warm up to it, however, if they knew that this Indian apparel company headed by Anurag Rajpal combines “iconic ‘Americana’ style with a quintessential European fashion.”

Are you in the mood for French, Italian, or German? We have Indian brands to satisfy these and other cravings. Louis Philippe is an upscale men’s apparel line, also owned by Madura Fashion and Lifestyle. Another wholly Indian brand for Francophiles is La Opala, the maker of high-end tableware. Monte Carlo is not based in Monaco or anywhere near it. Owned by the Nahar Group, Monte Carlo’s woolen clothing is made in Ludhiana, Punjab. Da Milano’s leather accessories have nothing to do with Milan—but they have a lot to do with India, where it’s based. And then there’s Munich Polo, a Catmoss Retail brand in India that focuses on clothing for kids. These days, foreign brands—not just foreign-sounding brands— have a big presence in India, too. The Indian fashion retail market was worth $46 billion in 2016, according to the India Business of Fashion report, and is expected to hit $115 billion by 2026.